This 360-km network of navigable waterways linking the Mediterranean and the Atlantic through 328 structures (locks, aqueducts, bridges, tunnels, etc.) is one of the most remarkable feats of civil engineering in modern times. Built between 1667 and 1694, it paved the way for the Industrial Revolution. The care that its creator, Pierre-Paul Riquet, took in the design and the way it blends with its surroundings turned a technical achievement into a work of art. 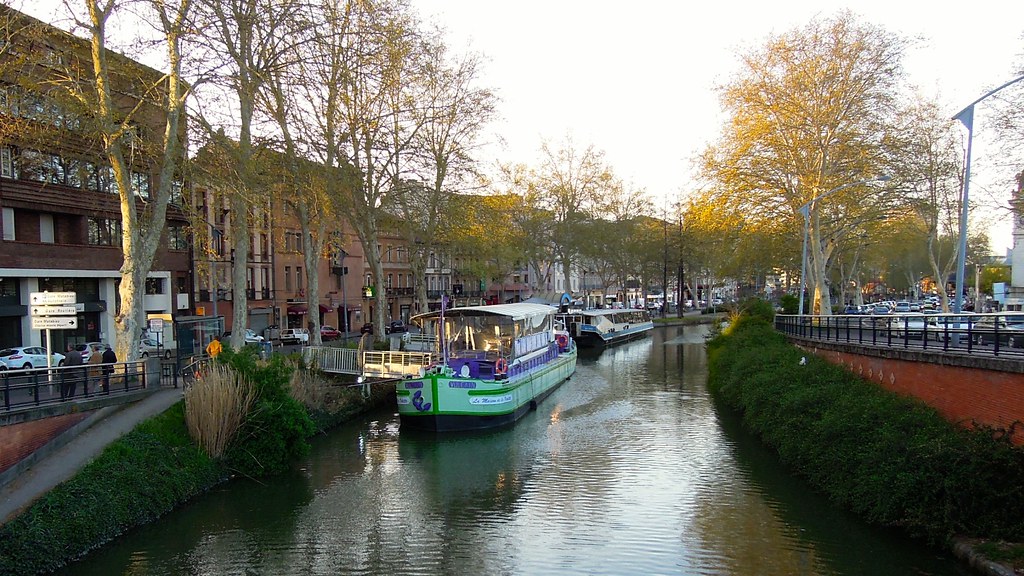 Located in the Occitan region, the Canal du Midi has 360 navigable kilometers and 328 structures (locks, aqueducts, bridges, spillways, tunnels, etc.). This civil engineering achievement, amongst the most extraordinary of the modern era, built between 1667 and 1694, paved the way for the Industrial Revolution. The concern for architectural aesthetics and man-made landscapes that inspired its designer, Pierre-Paul Riquet, made it not only a technical feat, but also a work of art.

The Canal du Midi is the initial part of the Deux-Mers Canal project which aimed to link the Mediterranean and the Atlantic by connecting several sections of waterways. It is the living testimony of the art and creativity of the engineers of the time of Louis XIV who triumphed over the difficult conditions of geography and hydrography to realize the immemorial dream of the “junction of the seas”. Its wide-ranging technical and cultural impact inaugurated and influenced the modern era of creating navigable networks across the industrialized countries of Europe and North America.

The Canal du Midi has five elements, namely the main section that connects Toulouse (Haute-Garonne) to Étang de Thau at Marseillan along the Mediterranean coast  (Hérault) over a length of 240 km; the 36.6 km section between Moussan and Port-la-Nouvelle (Aude) which incorporates part of the former Canal de la Robine; the two branches that merge and flow into the canal at Naurouze (Aude) discharging the waters of the Montagne Noire; the Saint-Pierre Canal (1.6 km) which connects the main section of the Canal with the Garonne in Toulouse; the short section (0.5 km) that joins the Hérault to the round lock at Agde. One of the most remarkable features is the Saint-Ferréol dam on the Laudot River in the Montagne Noire region. It is the largest work of the entire canal and the most important civil engineering site of the time.

Criterion (i): The Canal du Midi is one of the most extraordinary civil engineering achievements of modern times.

Criterion (ii): The Canal du Midi is representative of the technological breakthrough that paved the way for the Industrial Revolution and contemporary technology. In addition, it associates technological innovation with great aesthetic concern in terms of architecture and in terms of man-made landscapes, an approach rarely found elsewhere.

Criterion (iv): The Canal du Midi is notable as the first major summit level canal built to meet a strategic territorial development objective. It represents, par excellence, a significant period of European history, that of river transport through the mastery of hydraulic civil engineering.

Criterion (v): As soon as it was built, the Canal du Midi became the most striking feature of the territory through which it ran, all the more integrated into the environment as it gently modelled the landscape.

Marseille is the second most populated city of France (and third urban area) the biggest Mediterranean port and the economic center of the Provence-Alpes-Côte d’Azur region. In 2013 the city (with its region) was the European Capital of Culture, a large series of cultural events took place, and several new infrastructures were inaugurated. Marseille has a complex history. It was founded by the Phoceans (from the Greek city of Phocea) in 600 B.C. and is one of the oldest cities in Europe. The town is a far cry from the Cézanne paintings and Provençal clichés of sleepy villages, “pétanque” players and Marcel Pagnol novels. With around one million inhabitants, Marseille is the second largest city in France in terms of population and the largest in terms of area. Its population is a real melting pot of different cultures. It is also said that there are more Comorian people in Marseille than in Comoros [read more].