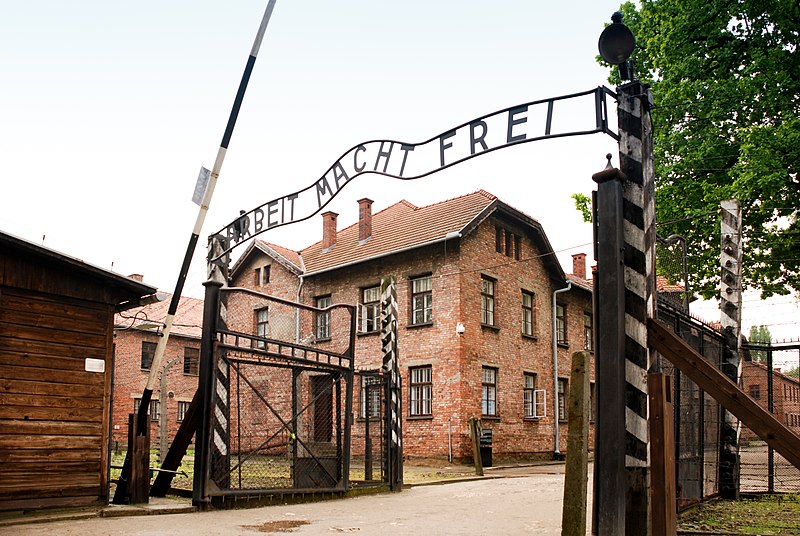 The fortified walls, barbed wire, platforms, barracks, gallows, gas chambers and cremation ovens show the conditions within which the Nazi genocide took place in the former concentration and extermination camp of Auschwitz-Birkenau, the largest in the Third Reich. According to historical investigations, 1.5 million people, among them a great number of Jews, were systematically starved, tortured and murdered in this camp, the symbol of humanity’s cruelty to its fellow human beings in the 20th century. 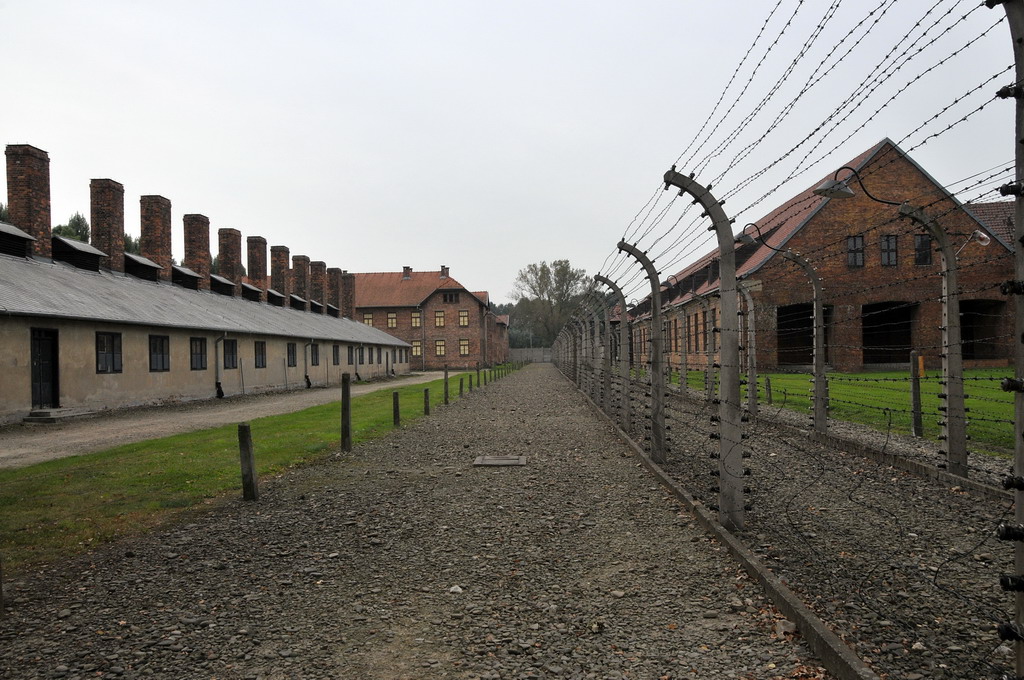 Auschwitz Birkenau was the principal and most notorious of the six concentration and extermination camps established by Nazi Germany to implement its Final Solution policy which had as its aim the mass murder of the Jewish people in Europe. Built in Poland under Nazi German occupation initially as a concentration camp for Poles and later for Soviet prisoners of war, it soon became a prison for a number of other nationalities. Between the years 1942-1944 it became the main mass extermination camp where Jews were tortured and killed for their so-called racial origins. In addition to the mass murder of well over a million Jewish men, women and children, and tens of thousands of Polish victims, Auschwitz also served as a camp for the racial murder of thousands of Roma and Sinti and prisoners of several European nationalities.

The Nazi policy of spoliation, degradation and extermination of the Jews was rooted in a racist and anti-Semitic ideology propagated by the Third Reich.

Auschwitz Birkenau was the largest of the concentration camp complexes created by the Nazi German regime and was the one which combined extermination with forced labour. At the centre of a huge landscape of human exploitation and suffering, the remains of the two camps of Auschwitz I and Auschwitz II-Birkenau were inscribed on the World Heritage List as evidence of this inhumane, cruel and methodical effort to deny human dignity to groups considered inferior, leading to their systematic murder. The camps are a vivid testimony to the murderous nature of the anti-Semitic and racist Nazi policy that brought about the annihilation of over one million people in the crematoria, 90% of whom were Jews.

The fortified walls, barbed wire, railway sidings, platforms, barracks, gallows, gas chambers and crematoria at Auschwitz Birkenau show clearly how the Holocaust, as well as the Nazi German policy of mass murder and forced labour took place. The collections at the site preserve the evidence of those who were premeditatedly murdered, as well as presenting the systematic mechanism by which this was done. The personal items in the collections are testimony to the lives of the victims before they were brought to the extermination camps, as well as to the cynical use of their possessions and remains. The site and its landscape have high levels of authenticity and integrity since the original evidence has been carefully conserved without any unnecessary restoration.

Criterion (vi): Auschwitz Birkenau, monument to the deliberate genocide of the Jews by the German Nazi regime and to the deaths of countless others, bears irrefutable evidence to one of the greatest crimes ever perpetrated against humanity. It is also a monument to the strength of the human spirit which in appalling conditions of adversity resisted the efforts of the German Nazi regime to suppress freedom and free thought and to wipe out whole races. The site is a key place of memory for the whole of humankind for the Holocaust, racist policies and barbarism; it is a place of our collective memory of this dark chapter in the history of humanity, of transmission to younger generations and a sign of warning of the many threats and tragic consequences of extreme ideologies and denial of human dignity.

Katowice is the largest city in Upper Silesia and Poland’s main industrial centre. A rich cultural life with theatres, the Silesian Museum and Philharmonic Orchestras and the Spodek concert hall caters for a population of about 300,000 in the city and 2 million if the surrounding cities of the Upper-Silesian Metropolitan Union are taken into account. The Spodek concert hall is emblematic of the city, appearing in many postcards and other images. Located in the very middle of Silesia on the banks of the small river Rawa, Katowice’s mix of modern and historical architecture, easy access to the Beskids and other Silesian cities makes it a top visitor destination. The city is at the intersection of major road and rail routes connecting Poland to the rest of Europe in all directions, with Katowice International Airport in nearby Pyrzowice. In the 20th century, the dominant economic sectors in the Katowice region were mining, steel, electrical machinery, electronics, and chemicals [read more].

Kraków is the chief city of Małopolskie Province in the south of Poland. At its core is a beautifully-preserved medieval town on the banks of the River Wisła or Vistula, and it’s Poland’s top tourist draw. The modern city, with a population of 760,000, stretches way beyond, including the communist-era “new town” of Nowa Huta. In English the city was previously often spelled as “Cracow”. But 21st century visitors have discovered it via budget airlines and travel booking sites that always call it “Krakow” so the older spelling isn’t used here. The diacritical mark over the “o” changes the pronunciation from “o”, to “u”). Kraków is one of the oldest cities in Poland, with evidence showing settlements there since 20,000 BC. Legend has it that it was built on the cave of a dragon whom the mythical King Krak had slain. However, the first official mention of the name was in 966 by a Jewish merchant from Spain, who described it as an important centre of trade in Slavonic Europe [read more].