The 2.5 million hectare Tropical Rainforest Heritage of Sumatra site comprises three national parks: Gunung Leuser National Park, Kerinci Seblat National Park and Bukit Barisan Selatan National Park. The site holds the greatest potential for long-term conservation of the distinctive and diverse biota of Sumatra, including many endangered species. The protected area is home to an estimated 10,000 plant species, including 17 endemic genera; more than 200 mammal species; and some 580 bird species of which 465 are resident and 21 are endemic. Of the mammal species, 22 are Asian, not found elsewhere in the archipelago and 15 are confined to the Indonesian region, including the endemic Sumatran orang-utan. The site also provides biogeographic evidence of the evolution of the island. 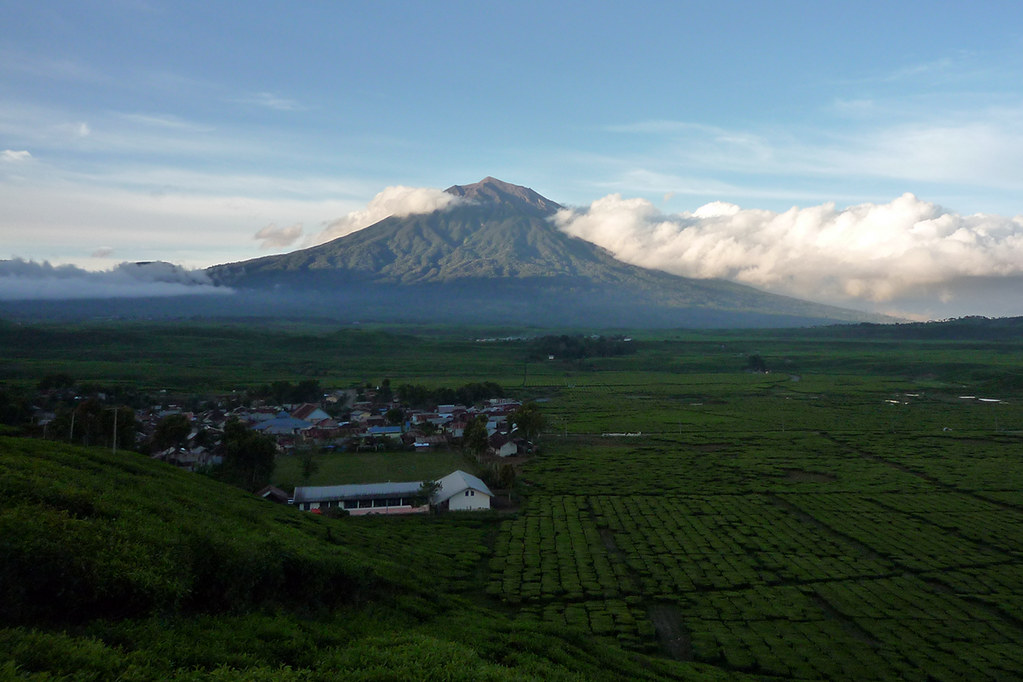 The Tropical Rainforest Heritage of Sumatra (TRHS), Indonesia comprises three widely separated National Parks; Gunung Leuser (GLNP), Kerinci Seblat (KSNP) and Bukit Barisan Selatan (BBSNP), and covers a total area of 2,595,124hectares, constituting one of the biggest conservation areas in Southeast Asia. The site is located on Bukit Barisan range and holds the greatest potential for long-term conservation of the diverse biota of Sumatra, including many endangered species.

The biodiversity of the property is exceptional in terms of both species numbers and uniqueness. There are an estimated 10,000 species of plants, including 17 endemic genera. Animal diversity in TRHS is also impressive, with 201 mammal species and some 580 species of birds, of which 465 are resident and 21 are endemics. Of the mammal species, 22 are endemic to the Sundaland hotspot and 15 are confined to the Indonesian region, including the endemic Sumatran orang-utan. Key mammal species also include the Sumatran tiger, rhino, elephant and Malayan sun-bear.

The TRHS includes the highest volcano in Indonesia, Gunung Kerinci (3,805 m asl) along with many other physical features of exceptional natural beauty, including; Lake Gunung Tujuh the highest lake in Southeast Asia, numerous other volcanic and glacial high-altitude lakes, fumaroles, waterfalls, cave systems and steep rocky backdrops. Both Gunung Leuser National Park and Bukit Barisan Selatan National Park contain frontages to the Indian Ocean, making the altitudinal range of the TRHS extend from the highest mountains on Sumatra to sea level. All three protected areas in the TRHS exhibit wide altitudinal zonation of vegetation, from lowland rainforest to montane forest, extending to sub-alpine low forest, scrub and shrub thickets and covering an astounding diversity of ecosystems.

Criterion (vii): The parks that comprise the Tropical Rainforest Heritage of Sumatra are all located on the prominent main spine of the Bukit Barisan Mountains, known as the ‘Andes of Sumatra’. Outstanding scenic landscapes abound at all scales. The mountains of each site present prominent mountainous backdrops to the settled and developed lowlands of Sumatra. The combination of the spectacularly beautiful Lake Gunung Tujuh (the highest lake in southeast Asia), the magnificence of the giant Mount Kerinci volcano, numerous small volcanic, coastal and glacial lakes in natural forested settings, fumaroles belching smoke from forested mountains and numerous waterfalls and cave systems in lush rainforest settings, emphasise the outstanding beauty of the Tropical Rainforest Heritage of Sumatra.

Criterion (ix): The Tropical Rainforest Heritage of Sumatra represent the most important blocks of forest on the island of Sumatra for the conservation of the biodiversity of both lowland and mountain forests. This once vast island of tropical rainforest, in the space of only 50 years, has been reduced to isolated remnants including those centered on the three components of the property. The Leuser Ecosystem, including the Gunung Leuser National Park, is by far the largest and most significant forest remnant remaining in Sumatra. All three parks would undoubtedly have been important climatic refuge for species over evolutionary time and have now become critically important refuge for future evolutionary processes.

Criterion (x): All three parks that comprise the Tropical Rainforest Heritage of Sumatra are areas of very diverse habitat and exceptional biodiversity. Collectively, the three sites include more than 50% of the total plant diversity of Sumatra. At least 92 local endemic species have been identified in Gunung Leuser National Park. The property contains populations of both the world’s largest flower (Rafflesia arnoldi) and the tallest flower (Amorphophallustitanium). The relict lowland forests in the sites are very important for conservation of the plant and animal biodiversity of the rapidly disappearing lowland forests of Southeast Asia. Similarly, the  montane forests, although less threatened, are very important for conservation of the distinctive montane vegetation of the property.

Medan is a city on the north coast of the island of Sumatra in Indonesia, and the capital and largest city of North Sumatra province. Medan is the fourth-largest city in Indonesia after Jakarta, Surabaya and Bandung. With a population of about 2 million people, it is the largest city outside of Java. No ethnic group forms a majority; the largest ethnic groups are the Chinese, Javanese, Toba-Batak, Minangkabau, Mandailing Batak, Karo Batak, Southern Indians, and Northern Indians, and there are many more ethnic minorities. Each ethnic group contributes to thousands of tasty, mouth-watering dishes found in every corner of Medan. They offer to locals and tourists dozens of food streets and hawker centres to suit their appetite at any time of the day. From the sweet Javanese cuisine, to delicious Batak grilled pork, to hot Padang dishes, from savoury Chinese noodles, to spicy Indian curry, this varied cuisine is available 24 hours a day, 7 days a week [read more].

Bandar Lampung is the capital city of Lampung province in the south of Sumatra island, Indonesia. Getting around in Bandar Lampung is easy and relatively inexpensive because it is a small city. Traveling between the 2 main areas, (Tanjungkarang to Teluk Betung) will only take about 30–40 minutes by car. Do: Hop on one of the traditional boat in pasir putih beach and visit one or more small islands in Lampung bay.The beach can be reached within 30minutes from city centre.and the distance to the islands ranging from 5 minute boat ride to hours. The clean white sands and quiet island (most visitors here are local people who only come on weekends) make the islands a good location for you to relax and get fresh air. The sea is blue and green in some part. You don’t need to check out from your hotel, because you can come in the morning and ask the boat operator to pick you up in the afternoon [read more].

Pekanbaru is the capital of Riau province in Indonesia. It is a centre of oil production. Pekanbaru has the reputation of being one of the cleanest big cities in Indonesia, and is the third largest city of the island of Sumatra after Medan and Palembang. The city is developing rapidly, but still has much unique architecture with a taste of Malay culture. Pekanbaru is not like Jakarta, Yogyakarta, Bali or Bukittinggi. Pekanbaru is not a tourist destination for either Indonesians or foreigners, but does have some interesting buildings and places to visit, including some distinctive buildings constructed by local government: Sang Nila Utama Museum, Jl. Jend. Sudirman No.. Museum about culture and heritage in Riau. The one and only museum in Pekanbaru; Idrus Tintin (MTQ) Building, Jl. Jend. Sudirman. A great building with Malay and modern architecture. One of the city’s landmark. Some great events held here from Musabaqah Tilawatil Qur’an (MTQ) to Indonesian Film Festival [read more].