Luang Prabang is an outstanding example of the fusion of traditional architecture and Lao urban structures with those built by the European colonial authorities in the 19th and 20th centuries. Its unique, remarkably well-preserved townscape illustrates a key stage in the blending of these two distinct cultural traditions. 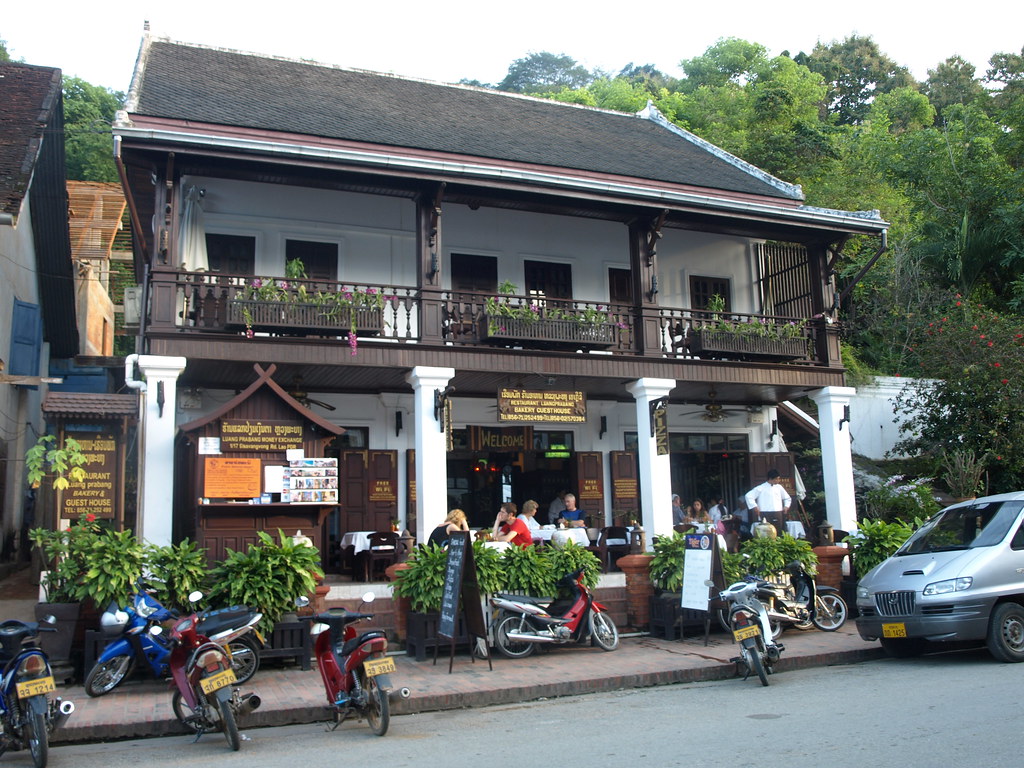 One of the main strip (Wendy Harman/Flickr, CC BY 2.0)

Luang Prabang is located in northern Laos at the heart of a mountainous region. The town is built on a peninsula formed by the Mekong and the Nam Khan River. Mountain ranges (in particular the PhouThao and PhouNang mountains) encircle the city in lush greenery.

Many legends are associated with the creation of the city, including one that recounts that Buddha would have smiled when he rested there during his travels, prophesying that it would one day be the site of a rich and powerful city. Known as Muang Sua, then Xieng Thong, from the 14th to the 16th century the town became the capital of the powerful kingdom of Lane Xang (Kingdom of a Million Elephants), whose wealth and influence were related to its strategic location on the Silk Route. The city was also the centre of Buddhism in the region. Luang Prabang takes its name from a statue of Buddha, the Prabang, offered by Cambodia.

After the establishment of the French Protectorate in 1893, following a period of turmoil during which the country was divided into three independent kingdoms, Luang Prabang once again became the royal and religious capital during the reign of King Sisavang Vong. It played this role until Vientiane became the administrative capital in 1946.

Luang Prabang is exceptional for both its rich architectural and artistic heritage that reflects the fusion of Lao traditional urban architecture with that of the colonial era. Its remarkably well-preserved townscape reflects the alliance of these two distinct cultural traditions.

The political and religious centre of Luang Prabang is the peninsula, with its royal and noble residences and religious foundations.  The traditional urban fabric of the old villages, each with its temple, was preserved by later constructions. The colonial urban morphology, including the network of streets, overlapped harmoniously with the previous model. Formerly the town limits were defined by defensive walls.

The richness of Luang Prabang architecture reflects the mix of styles and materials. The majority of the buildings are, following tradition, wooden structures.  Only the temples are in stone, whereas one- or two-storey brick houses characterize the colonial element of the town.  The many pagodas or “Vat” in Luang Prabang, which are among the most sophisticated Buddhist temples in Southeast Asia, are richly decorated (sculptures, engravings, paintings, gilding and furniture pieces).  Wat Xieng Thong, which dates from the 16th century, comprises an ensemble of the most complex structures of all the pagodas of the town. It is remarkable both from the archaeological point of view, and from the Lao iconographic and aesthetic viewpoint.

Many traditional Lao houses remain; they are built of wood using traditional techniques and materials introduced in the colonial period, such as plaited bamboo panels coated with wattle and daub.  Brick colonial buildings, often with balconies and other decorative features in wood, line the main street and the Mekong.

The built heritage of Luang Prabang is in perfect harmony in the natural environment. The sacred Mount Phousi stands at the heart of the historic town built on a peninsula delimited by the Mekong and the Nam Khan, domain of the mythical naga. Ceremonies to appease the nagas and other evil spirits, and Buddhist religious practices (Prabang procession, the monks’ morning quest) perpetuate the sanctity of the place. Natural spaces located in the heart of the city and along the riverbanks, and wetlands (a complex network of ponds used for fish farming and vegetable growing) complement this preserved natural environment.

Luang Prabang, or Louangphrabang is the former capital of Laos and a UNESCO World Heritage city. Set at the confluence of two rivers that almost surround the town, and beneath a temple-topped hill, Luang Prabang is a wonderful patchwork of traditional Lao wooden houses and hints of European architecture, reminders of when Laos was part of the French colony of Indochine. Golden-roofed wats (temples), decorated with mosaics and murals of the life of Buddha, sit under the gaze of wrap-around teak balconies and 19th century shuttered windows. All of this is set against a backdrop of verdant greenery and rugged mountains. Luang Prabang is a relatively small city with an atmospheric and charming personality. With UNESCO so closely involved and a largely responsible group of local business owners, the pressures of mass tourism have been held at bay, but for how much longer remains to be seen. Restaurants in the main street cater for luxury tourists. More typical Lao venues can still be found along the Mekong. Luang Prabang rose to prominence as the capital of the first Lao kingdom (Lan Xang, land of the million elephants) from 1353. [read more]

Muang Xai is the capital of the multi-ethnic Oudomxay Province, in the Nam Ko River Basin and surrounded by scenic mountains. It’s the largest city in Northern Laos and, if you’re travelling by land, you’ll probably end up here at some point. The town is formed by small villages at an important intersection between China and Vietnam, and the city has a multicultural atmosphere. A free city map can be obtained in the bus station or tourist information centre, with basic information and “things to do”. You can get maps online from the website of the Provincial Tourism Department. [read more]

Phonsavan (Phonsavanh) is the capital of Xieng Khouang Province in Central Laos. It is known primarily as the gateway to the Plain of Jars. Understand Phonsavan is the provincial capital of Xieng Khouang Province. It was built in the late 1970s and replaced the old Xieng Khouang which had been destroyed during the Second Indochina War. It is in the centre of the Plain of Jars and has a pleasant climate all year around, although it can become chilly on winter nights due to its elevation of 1,100 m. The long winding main street of Phonsavan looks like the setting of a David Lynch-inspired spaghetti western minus the tumbleweeds. As soon as you leave town the countryside is dominated by green hills and pine forests. Villages consist of colourful wooden houses. Ranching is the primary occupation. You will see more than one Hmong cowboy with brown and violet cowboy hats. During Hmong New Year there are even bullfights in Phonsavan. The best-known tourist attraction is the nearby Plain of Jars, which is to be nominated for UNESCO World Heritage status. [read more]