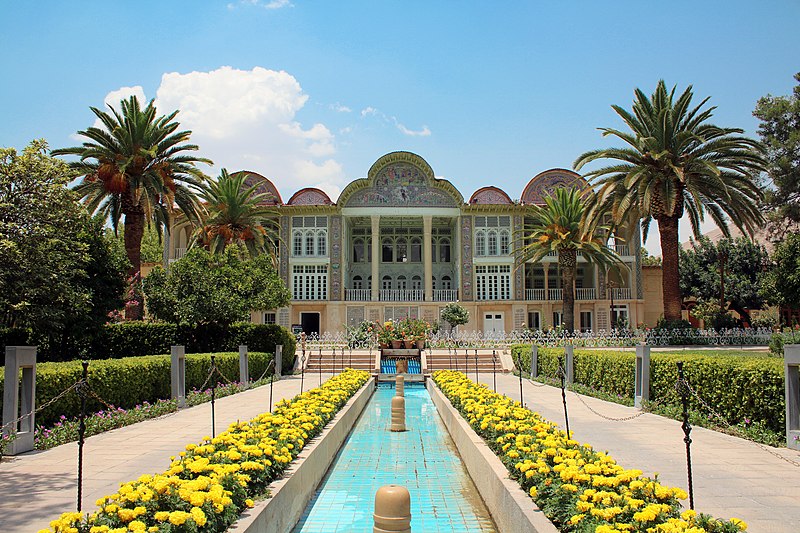 The property includes nine gardens in as many provinces. They exemplify the diversity of Persian garden designs that evolved and adapted to different climate conditions while retaining principles that have their roots in the times of Cyrus the Great, 6th century BC. Always divided into four sectors, with water playing an important role for both irrigation and ornamentation, the Persian garden was conceived to symbolize Eden and the four Zoroastrian elements of sky, earth, water and plants. These gardens, dating back to different periods since the 6th century BC, also feature buildings, pavilions and walls, as well as sophisticated irrigation systems. They have influenced the art of garden design as far as India and Spain.

The Persian Garden consists of a collection of nine gardens, selected from various regions of Iran, which tangibly represent the diverse forms that this type of designed garden has assumed over the centuries and in different climatic conditions. They reflect the flexibility of the Chahar Bagh, or originating principle, of the Persian Garden, which has persisted unchanged over more than two millennia since its first mature expression was found in the garden of Cyrus the Great’s Palatial complex, in Pasargadae.  Natural elements combine with manmade components in the Persian Garden to create a unique artistic achievement that reflects the ideals of art, philosophical, symbolic and religious concepts. The Persian Garden materialises the concept of Eden or Paradise on Earth.

The perfect design of the Persian Garden, along with its ability to respond to extreme climatic conditions, is the original result of an inspired and intelligent application of different fields of knowledge, i.e. technology, water management and engineering, architecture, botany and agriculture.  The notion of the Persian Garden permeates Iranian life and its artistic expressions: references to the garden may be found in literature, poetry, music, calligraphy and carpet design. These, in turn, have inspired also the arrangement of the gardens.  The attributes that carry Outstanding Universal Value are the layout of the garden expressed by the specific adaptation of the Chahar Bagh within each component and articulated in the kharts or plant/flower beds; the water supply, management and circulation systems from the source to the garden, including all technological and decorative elements that permit the use of water for functional and aesthetic exigencies; the arrangement of trees and plants within the garden that contribute to its characterisation and specific micro-climate; the architectural components, including the buildings but not limited to these, that integrate the use of the terrain and vegetation to create unique manmade environments; the association with other forms of art that, in a mutual interchange, have been influenced by the Persian Garden and have, in turn, contributed to certain visual features and sound effects in the gardens.

Criterion (i): The Persian Garden represents a masterpiece of human creative genius. The design of the Persian Garden, based on the right angle and geometrical proportions, is often divided into four sections known as Chahar Bagh (Four Gardens). The creation of the Persian Garden was made possible due to intelligent and innovative engineering solutions and a sophisticated water-management system, as well as the appropriate choice of flora and its location in the garden layout. Indeed, the Persian Garden has been associated with the idea of earthly Paradise, forming a stark contrast to its desert setting.

Criterion (ii): The Persian Garden exhibits an important interchange of human values, having been the principal reference for the development of garden design in Western Asia, Arab countries, and even Europe. It is the geometry and symmetry of the architecture, together with the complex water management system, that seem to have influenced design in all these gardens. The word Paradise entered European languages from the Persian root word “Pardis”, which was the name of a beautiful garden enclosed behind walls.

Criterion (iii): The Persian Garden bears exceptional, and even unique, testimony to the cultural traditions that have evolved in Iran and the Middle East over some two and a half millennia. Throughout its evolution, the Persian Garden has had a role in various cultural and social aspects of society, becoming a central feature in private residences, palaces and public buildings, as well as in ensembles associated with benevolent or religious institutions, such as tombs, park layouts, palace gardens, Meidans, etc.

Criterion (iv): The Persian Garden is an outstanding example of a type of garden design achieved by utilising natural and human elements and integrating significant achievements of Persian culture into a physical and symbolic-artistic expression in harmony with nature. Indeed, the Persian Garden has become a prototype for the geometrically-designed garden layout, diffused across the world.

Criterion (vi): The Persian Garden is directly associated with cultural developments of Outstanding Universal Value. These include literary works and poetry for example by Sa’di, Hafez and Ferdowsi. The Persian Garden is also the principal source of inspiration for the Persian carpet and textile design, miniature painting, music, architectural ornaments, etc. In the Avesta, the ancient holy book of the Zoroastrians, the Persian Garden and its sacred plants are praised as one of the four natural elements (earth, heavens, water, and plants). The Chahar Bagh is a reflection of the mythical perception of nature, and the cosmic order in the eyes of the ancient Iranian peoples.

Isfahan (also known as Esfahan) is a city in central Iran, south of Tehran and is the capital of Isfahan Province. The Persians call it Nesf-e Jahan, meaning “Half of The World”. Due to its beautiful hand-painted tiling and magnificent public square, it is considered to be one of the most beautiful cities in the world. An ancient town and capital of Persia from 1598 to 1722, it was long noted for its fine carpets and silver filigree. Today, textile and steel mills take their place. Its architecture, tree-lined boulevards and relaxed pace make it one of the highlights of Iran. The city is 430 km south of Tehran at the foothills of the Zagros mountain range, and enjoys a temperate climate and regular seasons. Isfahan sits on the main north–south and east–west routes crossing Iran. Much of the splendor of the city, including most of its finest monuments, date back to the Safavid era, when the city was the imperial capital of Iran [read more].

Shiraz is the capital city of the Fars province and a treasure trove of Persian culture. It was the capital of Iran during the Zand dynasty’s era (1747–79), and is the celebrated birthplace of the great Persian poets Hafiz and Saadi. The city has a population of about 1,500,000. Shiraz was historically famous for Shiraz wine, though commercial production has ceased since the Islamic Revolution. See Old quarters. Arg of Karim Khan (Karim Khan Citadel), formerly a prison, but now an architectural wonder on exhibit. The design of the citadel combines military and residential architecture, for it was the home of Karim Khan and the military centre of the dynasty. Tile works depicting legendary tales were added at the entrance gate of the citadel during the Qajar period. 200,000 rials. Shah Cheragh. A funerary monument and mosque, housing the tomb of Seyed Amir Ahmad, known as Shah-e Cheragh, the brother of Imam Reza, came to Shiraz in the latter half of the 8th century [read more].

Qom is a holy city between Tehran and Isfahan. Qom is 120 km from Tehran. Qom is one of the holiest cities in Iran and the Middle East, and has a very long history. A famous site is the Fatima È Massummeh Shrine, which is a highly respected shrine and a very clean place. People of different nationalities are allowed to enter the shrine, no matter what their religions are or where they come from. Qom has for a long time been the main city for religious studies in Iran. Hozeye-Elmiye-Qom is the largest theology school in Iran. Many senior clerics of Shia Islam live in Qom. There is a pretty impressive bus and taxi system, which has many bus routes to Tehran and other cities. It is very cheap to travel by local buses in Qom. Local buses cost 7,000 rial, from any where to any point on the bus’ route [read more].