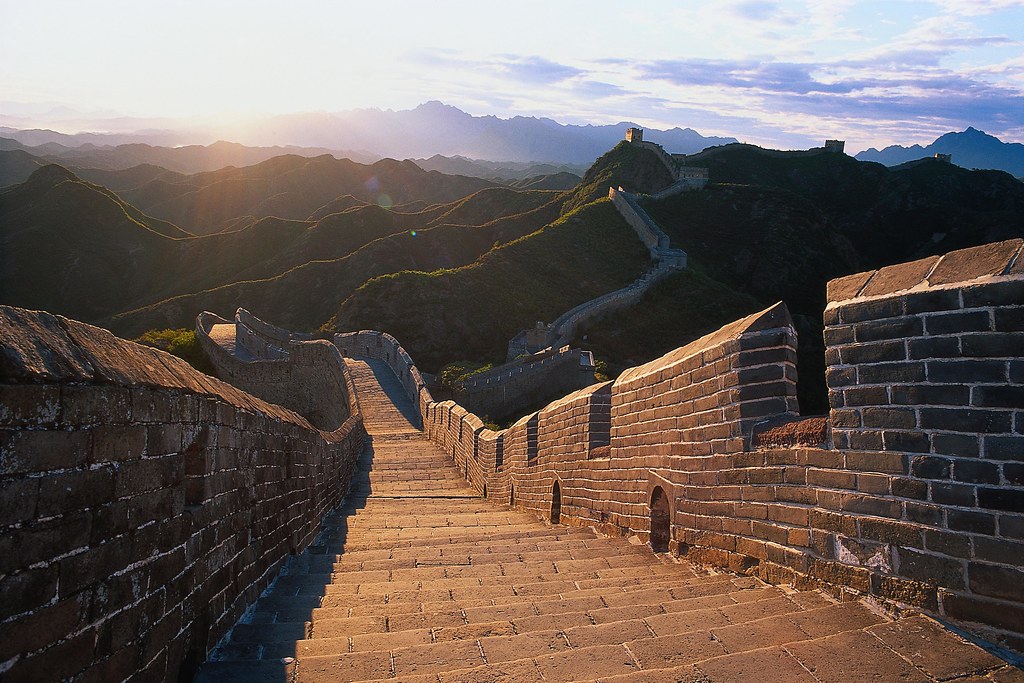 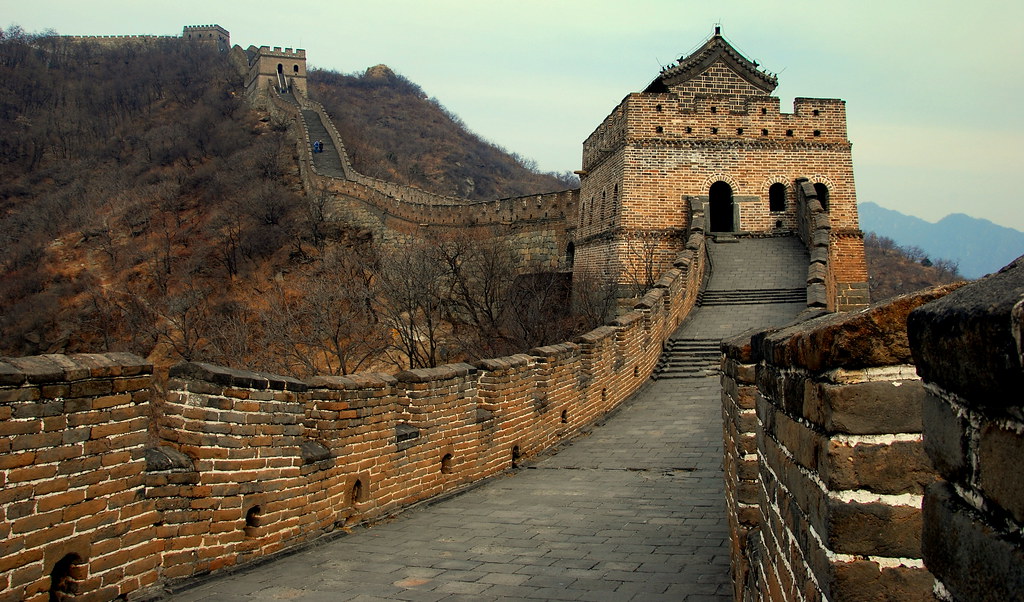 The Great Wall was continuously built from the 3rd century BC to the 17th century AD on the northern border of the country as the great military defence project of successive Chinese Empires, with a total length of more than 20,000 kilometers. The Great Wall begins in the east at Shanhaiguan in Hebei province and ends at Jiayuguan in Gansu province to the west. Its main body consists of walls, horse tracks, watch towers, and shelters on the wall, and includes fortresses and passes along the Wall.

The Great Wall reflects collision and exchanges between agricultural civilizations and nomadic civilizations in ancient China. It provides significant physical evidence of the far-sighted political strategic thinking and mighty military and national defence forces of central empires in ancient China, and is an outstanding example of the superb military architecture, technology and art of ancient China. It embodies unparalleled significance as the national symbol for safeguarding the security of the country and its people.

Criterion (i): The Great Wall of the Ming is, not only because of the ambitious character of the undertaking but also the perfection of its construction, an absolute masterpiece. The only work built by human hands on this planet that can be seen from the moon, the Wall constitutes, on the vast scale of a continent, a perfect example of architecture integrated into the landscape.

Criterion (ii):  During the Chunqiu period, the Chinese imposed their models of construction and organization of space in building the defence works along the northern frontier. The spread of Sinicism was accentuated by the population transfers necessitated by the Great Wall.

Criterion (iii):  That the Great Wall bear exceptional testimony to the civilizations of ancient China is illustrated as much by the rammed-earth sections of fortifications dating from the Western Han that are conserved in the Gansu province as by the admirable and universally acclaimed masonry of the Ming period.

Criterion (iv): This complex and diachronic cultural property is an outstanding and unique example of a military architectural ensemble which served a single strategic purpose for 2000 years, but whose construction history illustrates successive advances in defence techniques and adaptation to changing political contexts.

Criterion (vi): The Great Wall has an incomparable symbolic significance in the history of China. Its purpose was to protect China from outside aggression, but also to preserve its culture from the customs of foreign barbarians. Because its construction implied suffering, it is one of the essential references in Chinese literature, being found in works like the “Soldier’s Ballad” of Tch’en Lin (c. 200 A.D.) or the poems of Tu Fu (712-770) and the popular novels of the Ming period.

Qinhuangdong is a city in Hebei province. Qinhuangdao has three urban areas: Beidaihe, a seaside resort; Haigang, the harbor area and considered Qinhuangdao proper; Shanhaiguan, the eastern end of the Great Wall. Qinhuangdao is a relatively small city by China standards. However, due to its location on the water, the city tends to sprawl in a linear fashion along the coast from Shanhaiguan to Beidaihe, thus making buses and taxis necessary means for getting around. Many of Qinhuangdao’s attractions have been extensively restored or rebuilt in the 1980s. This includes most of the city wall as well as the Great Wall going towards the sea. The other side of the wall, going up the mountains, has been partly restored but some parts remain in their original, crumbling state. Much of the “old” town, especially along the main north-south road, has been completely reconstructed in 2008/09. [read more]

Beijing is China’s capital, and its second largest city after Shanghai, with a population of more than 20 million. It has been the capital of the Chinese Empire for much of its history, and became seat of the People’s Republic of China after the Chinese revolutions, as well as the country’s educational and cultural center. The city is well known for its flatness and regular construction. There are only three hills to be found within the city limits (in Jingshan Park to the north of the famous Forbidden City). Like the configuration of the Forbidden City, Beijing is surrounded by concentric so-called “ring roads”, which are actually rectangular. Beijing is a dynamic, changing city. There is a mix of old and new all around (especially within the 3rd and 2nd Ring Roads). [read more]

Tianjin is a major city in North China that neighbours the capital city of Beijing. Tianjin is a metropolis in northern China and one of the five national central cities of the People’s Republic of China. Tianjin borders Hebei Province and Beijing Municipality, bounded to the east by the Bohai Gulf portion of the Yellow Sea. Tianjin is divided into the old city and the Binhai New Area. Binhai New Area is growing fast, with many international companies establishing branch offices. It is a base of China’s advanced industry, financial reform, and innovation. In terms of urban population, it is the sixth-largest city of the People’s Republic of China. Tianjin’s urban area is located along the Hai River, which connects to the Yellow and Yangtze Rivers via the Grand Canal in Tianjin. Tianjin was once home to foreign concessions in the late Qing Dynasty and early Kuomintang era. [read more]