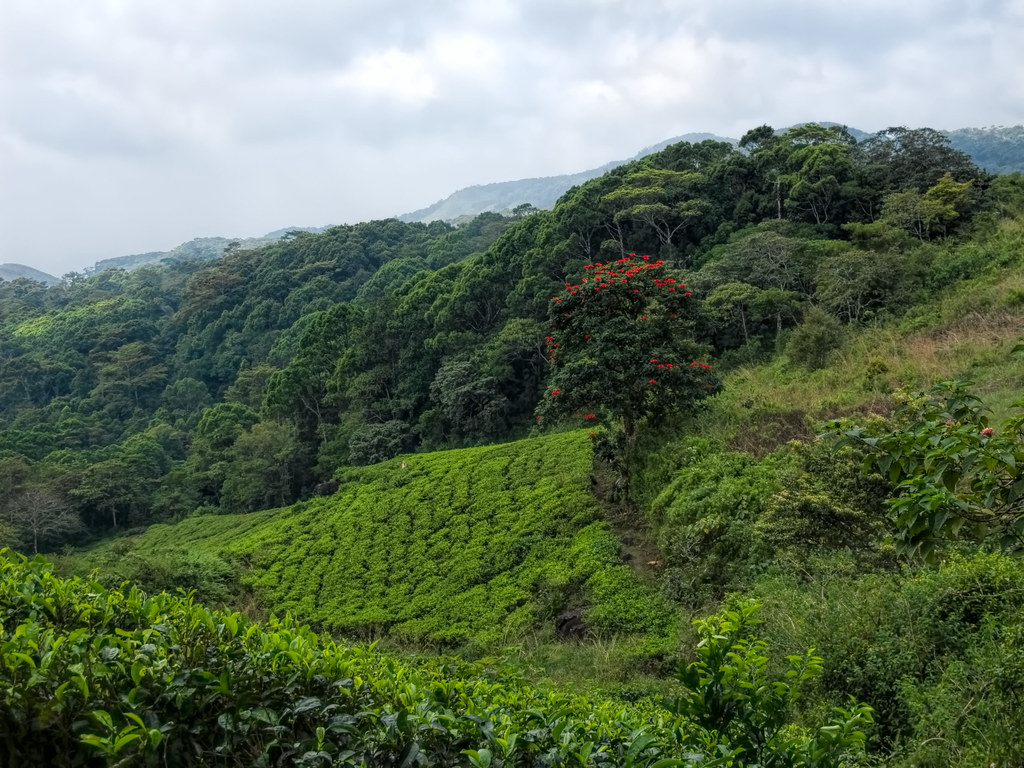 Located in south-west Sri Lanka, Sinharaja is the country’s last viable area of primary tropical rainforest. More than 60% of the trees are endemic and many of them are considered rare. There is much endemic wildlife, especially birds, but the reserve is also home to over 50% of Sri Lanka’s endemic species of mammals and butterflies, as well as many kinds of insects, reptiles and rare amphibians.

Encompassing the last extensive patch of primary lowland rainforest in Sri Lanka, Sinharaja Forest Reserve is situated in the south-west lowland wet zone of Sri Lanka.  Covering an area of 8,864 ha and ranging from an altitude of 300 – 1,170 meters, it consists of 6,092 ha of Forest Reserve and 2,772 ha of Proposed Forest Reserve. This narrow strip of undulating terrain encompasses a series of ridges and valleys that are crisscrossed by an intricate network of streams. Draining to both the south and north, this detailed matrix of waterways flow into the Gin River on the southern boundary of the property and Kalu River via the Napola Dola, Koskulana Ganga and Kudawa Ganga on its northern boundary. Annual rainfall over the last 60 years has ranged from 3614 – 5006 mm with most of the precipitation during the south-west monsoon (May-July) and the north-east monsoon (November- January).

Criterion (ix): Sinharaja is the last remaining relatively undisturbed remnant of tropical humid evergreen forest in Sri Lanka. The property’s flora is a relic of Gondwanaland and provides an important component to our scientific understanding of continental drift and an outstanding site for the study of the processes of biological evolution. A geological feature of considerable interest is the presence of the Sinharaja basic zone, with the reserve located within the transition zone of two important rock types characteristic of Sri Lanka; the south-western group and the highland group.

Criterion (x): Endemism within the property is extremely high. Protecting the last viable remnant of Sri Lanka’s tropical lowland rainforest, Sinharaja is home to at least 139 endemic plant species within two main types of forest: remnants of Dipterocarpus in the valleys and on the lower slopes, and secondary forest and scrub where the original forest cover has been removed. Sixteen of the endemic plant species within the property are considered rare, including endemic palms Loxococcus rupicola and Atalantia rotundifolia.

Faunal endemism is also high, particularly for mammals, birds and butterflies, exceeding 50%. Nineteen (95%) of Sri Lanka’s 20 endemic birds are present in the property, which is also home to leopard and Indian elephant, both of which are threatened species.

Galle is in the Southern Province of Sri Lanka. Galle’s old town with its fortifications have been inscribed on the UNESCO World Heritage List. From Colombo you can take the train direction Mirissa or bus. Both travel right next to the beach coast and have beautiful views. There are 2 options for bus transport between Colombo and the main bus station in Galle: private a/c minibus and luxury Southern Expressway bus. Private a/c minibus.. Smaller than the typical big buses, it seats only about 25 people (plus another 7 people will be jammed inside standing). 270rps, 3 hours in normal conditions; 4+ hours if Colombo traffic is bad. This option is more convenient than the Southern Expressway bus if you need to start or end in central Colombo. Also more comfortable than the train: on the bus, you can be sure to get a seat if you start at either Galle main bus station or Colombo Fort, whereas getting a seat on the train is a matter of luck (and ability to push) [read more].

Colombo is the largest city and commercial capital of Sri Lanka. Former capital of the nation, Colombo is still perceived by many as the capital of the nation and is located just beyond the suburb of Sri Jayawardenepura Kotte, the official capital. Due to it being on a strategic route in the Indian Ocean, Colombo hosts one of the busiest ports in South Asia, and was known to ancient traders 2,000 years ago. Today, the city is the central point of the country’s activities and is home to the majority of country’s restaurants and entertainment venues. Just like another typical South Asian big city, Colombo is congested, noisy, busy, and vibrant with a mixture of modern life and colonial buildings. It is the financial centre of the island and a popular tourist destination [read more].

Kaduwela is a suburb of Colombo in the Colombo District, Western Province, Sri Lanka. It is located about 16 km (9.9 mi) from Colombo city centre on the Colombo – Avissawella Old Road (Low Level Road) and about 18 km (11 mi) from Kollupitiya on the New Kandy Road from Ethulkotte to Kandy. Kaduwela was originally Kadudevola, a compound of Kadu (sword) and Devola (shrine). It was the location of a shrine of the goddess Pattini, linked to a golden sword used in the ‘water cutting’ ritual. The shrine is called the Purana Rankadu Pattini Maha Devale (ancient great shrine of the golden-sword Pattini). In another possibility Kaduwela simply means the jungle paddy field. Kadu means jungle (Sorata Thera’s Sinhala–Sinhala dictionary) and wela means paddy field. There is also another Kaduwela in the Ukuwela division of Matale district According to Robert Percival of the 19th Regiment of Foot, during the Revolt of 1797 against the Dutch, the Sinhalese threw up earthworks and established a fort here [read more].