Shrines and Temples of Nikko 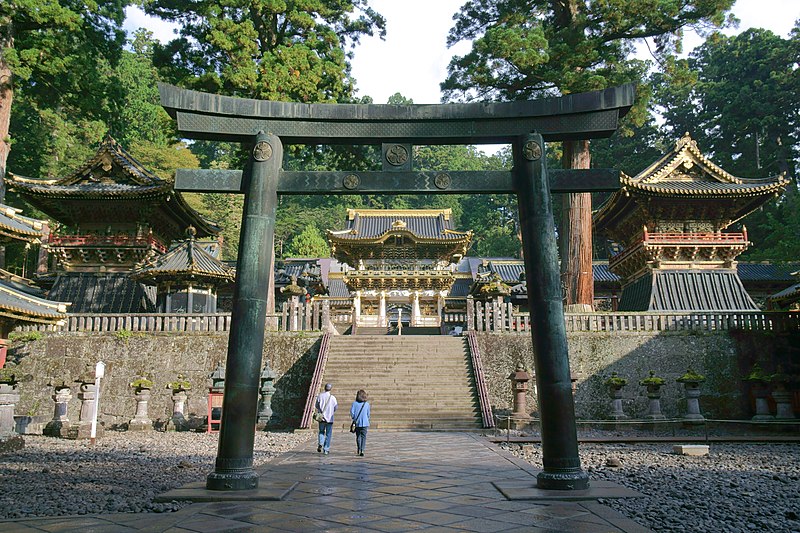 The shrines and temples of Nikko, together with their natural surroundings, have for centuries been a sacred site known for its architectural and decorative masterpieces. They are closely associated with the history of the Tokugawa Shoguns. 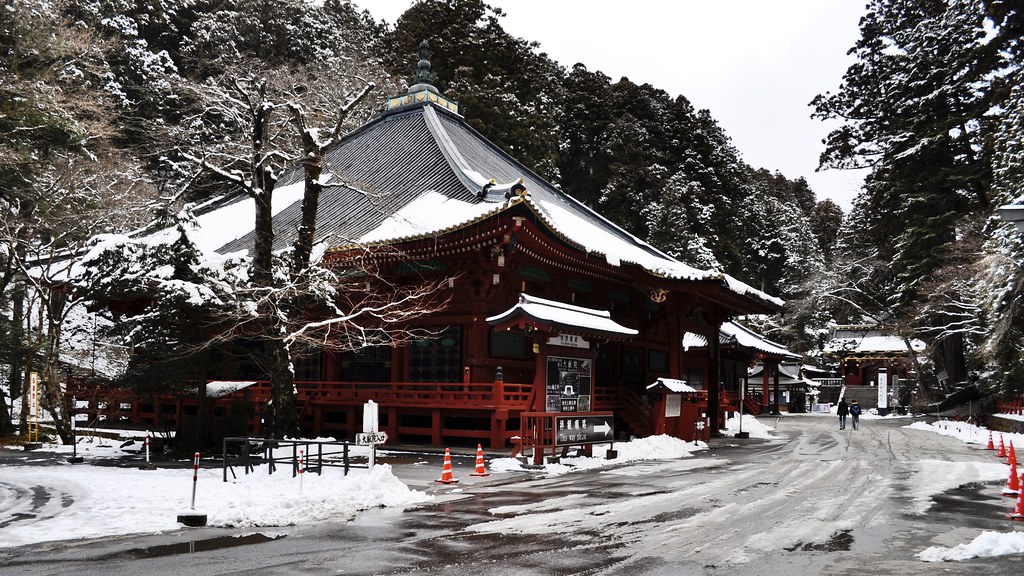 The Shrines and Temples of Nikko form a single complex composed of one hundred three religious buildings within two Shinto shrines (The Tôshôgû and The Futarasan-jinja) and one Buddhist temple (The Rinnô-ji) located in an outstanding natural setting. The inscribed property is located in Tochigi Prefecture, in the northern part of Japan’s Kanto region. The religious buildings, many of which were constructed in the 17th century, are arranged on the mountain slopes so as to create different visual effects. The first buildings were constructed on the slopes of the sacred Nikko mountains by a Buddhist monk in the 8th century. Today, they testify to a centuries-old tradition of conservation and restoration as well as the preservation of religious practices linked to a site considered to be sacred. They are also closely associated with prominent chapters of Japanese history, especially those relating to the symbolic figure of the great Shogun, Tokugawa Ieyasu (1543-1616).

The unusual character of the property is the result of a combination of very important long-standing values: the 50.8-hectare property provides evidence of a long tradition of worship, a very high level of artistic achievement, and a striking alliance between architecture and the surrounding natural setting, and it serves as a repository of national memories.

Criterion (i): The Nikko shrines and temples are a reflection of architectural and artistic genius; this aspect is reinforced by the harmonious integration of the buildings in a forest and a natural site laid out by people.

Criterion (iv): The Nikko shrines and temples is a perfect illustration of the architectural style of the Edo period as applied to Shinto shrines and Buddhist temples. The Gongen-zukuristyle of the two mausoleums, the Tôshôgû and the Taiyû-in Reibyô, reached the peak of its expression in the Nikko shrines and temples, and was later to exert a decisive influence. The ingenuity and creativity of its architects and decorators are revealed in an outstanding and distinguished manner.

Criterion (vi): The Nikko shrines and temples, together with their environment, are an outstanding example of a traditional Japanese religious centre, associated with the Shinto perception of the relationship of man with nature, in which mountains and forests have a sacred meaning and are objects of veneration, in a religious practice that is still very much alive today.

Utsunomiya is the capital of Tochigi prefecture, Japan. Utsunomiya has more streets lined with horse chestnut trees (tochi-no-ki), and more places and products labeled Marronnier (French for Aesculus hippocastanum) than any other city in Japan’s Tochigi (“Buckeye”) Prefecture. Utsunomiya is also the hometown of jazz great Sadao Watanabe and bills itself as a Jazz Town that is also famous for its cocktail bars. From Narita Airport, the fastest and most expensive way to reach Utsunomiya is to take the Narita Express train to Tokyo Station and transfer to the Tohoku Shinkansen Yamabiko, Nasuno or Tsubasa service. [read more]

Saitama is the capital of Saitama prefecture in the Kanto region of Japan. It came into existence after the merging of 4 former cities, including Urawa, the former capital, in 2001. Upon its creation, it became the tenth most populous city in the nation and the only capital city with its name written in hiragana instead of Chinese characters. The closest major international airport is Narita. A tiny number of JR Narita Express trains serve at Omiya Station. [read more]

Tokyo is the enormous and wealthy capital of Japan, and also its main city, overflowing with culture, commerce, and most of all, people. As the most densely populated urban area in the world, Tokyo is a fascinating and dynamic metropolis that mixes foreign influences, consumer culture and global business along with remnants of the capital of old Japan. From modern electronics and gleaming skyscrapers to cherry blossoms and the Imperial Palace, this city represents the entire sweep of Japanese history and culture. Tokyo truly has something for every traveller. [read more]