Old Town of Galle and its Fortifications

Founded in the 16th century by the Portuguese, Galle reached the height of its development in the 18th century, before the arrival of the British. It is the best example of a fortified city built by Europeans in South and South-East Asia, showing the interaction between European architectural styles and South Asian traditions. 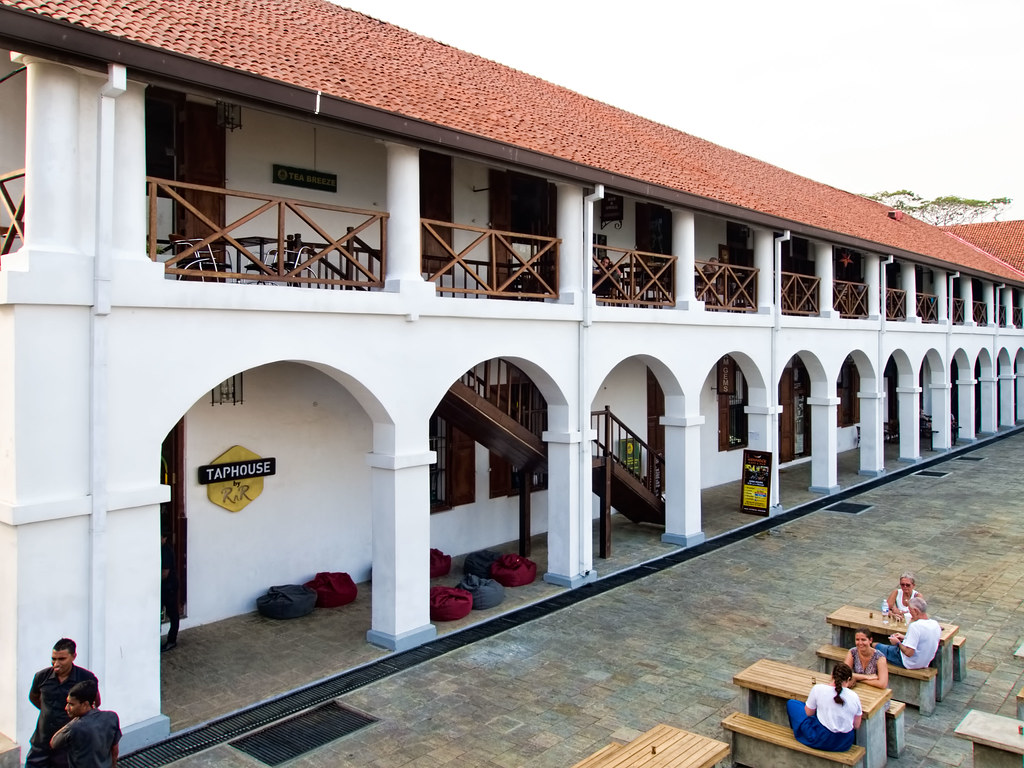 Galle is in the Southern Province of Sri Lanka. Galle’s old town with its fortifications have been inscribed on the UNESCO World Heritage List. From Colombo you can take the train direction Mirissa or bus. Both travel right next to the beach coast and have beautiful views. There are 2 options for bus transport between Colombo and the main bus station in Galle: private a/c minibus and luxury Southern Expressway bus. Private a/c minibus.. Smaller than the typical big buses, it seats only about 25 people (plus another 7 people will be jammed inside standing). 270rps, 3 hours in normal conditions; 4+ hours if Colombo traffic is bad. This option is more convenient than the Southern Expressway bus if you need to start or end in central Colombo. Also more comfortable than the train: on the bus, you can be sure to get a seat if you start at either Galle main bus station or Colombo Fort, whereas getting a seat on the train is a matter of luck (and ability to push) [read more].

Maharagama is a town in Colombo District, Sri Lanka on the High-Level (A4) Road about 10 km from the centre of the commercial capital. It developed rapidly in the 1980s as a dormitory suburb. Governed by the Maharagama Urban Council, the town possesses facilities like supermarkets, department stores, clothing, food and beverages shops to fulfill the needs of citizens. There are number of bus routes passing the area and starting from the suburb that connect Maharagama to all the suburbs. There’s a depot of the Sri Lanka Transport Board in Maharagama [read more].

Colombo is the largest city and commercial capital of Sri Lanka. Former capital of the nation, Colombo is still perceived by many as the capital though the suburb of Sri Jayawardenepura Kotte is now the official capital. Due to it being on a strategic route in the Indian Ocean, Colombo hosts one of the busiest ports in South Asia, and was known to ancient traders 2,000 years ago. It was an important port on the Maritime Silk Road. Today, the city is the central point of the country’s activities and is home to most of the country’s restaurants and entertainment venues. Just like another typical South Asian big city, Colombo is congested, noisy, busy, and vibrant with a mixture of modern life and colonial buildings. It is the financial centre of the island and a popular tourist destination. Colombo is the commercial and financial capital of Sri Lanka after the administrative capital was moved to Sri Jayawardenapura Kotte, a suburb east of the city [read more].