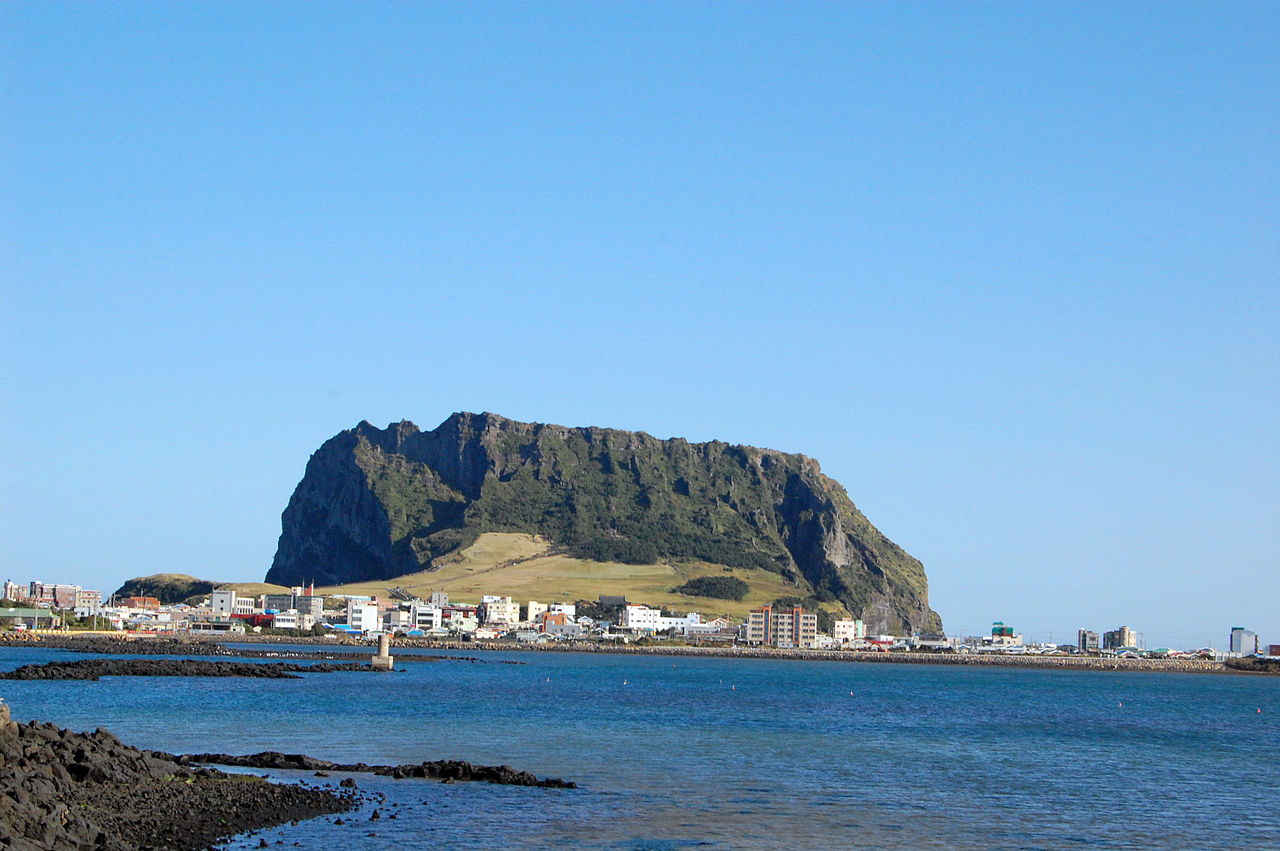 Jeju Volcanic Island and Lava Tubes together comprise three sites that make up 18,846 ha. It includes Geomunoreum, regarded as the finest lava tube system of caves anywhere, with its multicoloured carbonate roofs and floors, and dark-coloured lava walls; the fortress-like Seongsan Ilchulbong tuff cone, rising out of the ocean, a dramatic landscape; and Mount Halla, the highest in Korea, with its waterfalls, multi-shaped rock formations, and lake-filled crater. The site, of outstanding aesthetic beauty, also bears testimony to the history of the planet, its features and processes.

Jeju Volcanic Island and Lava Tubes is a coherent serial property comprising three components.  The unequalled quality of the Geomunoreum lava tube system and the exhibition of diverse and accessible volcanic features in the other two components demonstrate a distinctive and important contribution to the understanding of global volcanism.

Criterion (vii): The Geomunoreum lava tube system, which is regarded as the finest such cave system in the world, has an outstanding visual impact even for those experienced with such phenomena. It displays the unique spectacle of multi-coloured carbonate decorations adorning the roofs and floors, and dark-coloured lava walls, partially covered by a mural of carbonate deposits.  The fortress-like Seongsan Ilchulbong tuff cone, with its walls rising out of the ocean, is a dramatic landscape feature, and Mount Halla, with its array of textures and colours through the changing seasons, waterfalls, display of multi-shaped rock formations and columnar-jointed cliffs, and the towering summit with its lake-filled crater, further adds to the scenic and aesthetic appeal.

Criterion (viii): Jeju has a distinctive value as one of the few large shield volcanoes in the world built over a hot spot on a stationary continental crust plate.  It is distinguished by the Geomunoreum lava tube system, which is the most impressive and significant series of protected lava tube caves in the world and includes a spectacular array of secondary carbonate speleothems (stalactites and other decorations), with an abundance and diversity unknown elsewhere within a lava cave.  The Seongsan Ilchulbong tuff cone has exceptional exposures of its structural and sedimentological characteristics, making it a world-class location for understanding Surtseyan-type volcanic eruptions.

Jeju City is the largest and capital city of Jeju Special Self-Governing Province, South Korea. Predominantly the administrative and population capital of Jeju Island, Jeju City is also likely the first and final stop for tourists, playing host to Jeju International Airport as well as the major domestic ferry terminal. The city is fairly large yet compact, located on the north side of the island and sandwiched between Mt Halla and the coast. The city consists of the old downtown to the east and the surrounding areas of Tapdong (a port district north of Jungangno, also romanised as Topdong) and Yongdam (romanised differently on almost every sign: if it helps, there’s nowhere else on Jeju with a similar name, the rock seems to be spelled Yongduam and the surrounding suburb Yongdam on Naver). The inter city bus terminal lies just south of Jungangno. Tucked slightly inland to the southwest lies Shin-Jeju: Jeju’s new high… [read more].

Seogwipo-si is the southern district of Jeju island. Covering the entire southern half of Jeju island. The main city itself consists of a rather small urban center and port on the coast, directly south of Jeju’s most prominent landmark, Hallasan mountain. However, urban sprawl has seen it extend in a thin strip along the coast westwards up to the township of Jungmun and some of the coastal villages beyond. Seogwipo claims the Jeju International Convention Centre and the Jungmun Tourist Resort Complex with Jeju’s fanciest accommodation. Furthermore as one of the many co-hosts of the 2002 FIFA World Cup, it holds the island’s only stadium. Being spread out along a coastline made out of columnar basalt cliffs and beaches interchangeably makes it a somewhat unusual visit. A coastal wander may see you strolling across a busy summer beach one moment and sheepishly striding through incredibly swank hotel grounds the next. Yet equally likely… [read more].

Gwangju (means city of light), (formerly romanized as Kwangju) is a metropolitan city located in the center of South Jeolla province, South Korea. Gwangju has a thriving youth and arts culture and even a glance down the streets of ‘Geumnam-ro’ will note a generally more fashion-conscious populace. Further to this, the city has numerous art galleries and hosts a biennial Bienalle. The city has an interesting claim to fame as having the largest and most modern bus terminal(called U-Square) and possibly the largest single pedestrian drinking, dining and clubbing district in the country. This is reflective of the city in general, which holds a much more modern and clean appearance than anywhere else in the country, save perhaps Busan. In Korea, Gwangju is famous for its cuisine as is the province of Jeolla. The entire area had been considered the breadbasket of Korea historically. On the practical side, food is generally tastier and… [read more].