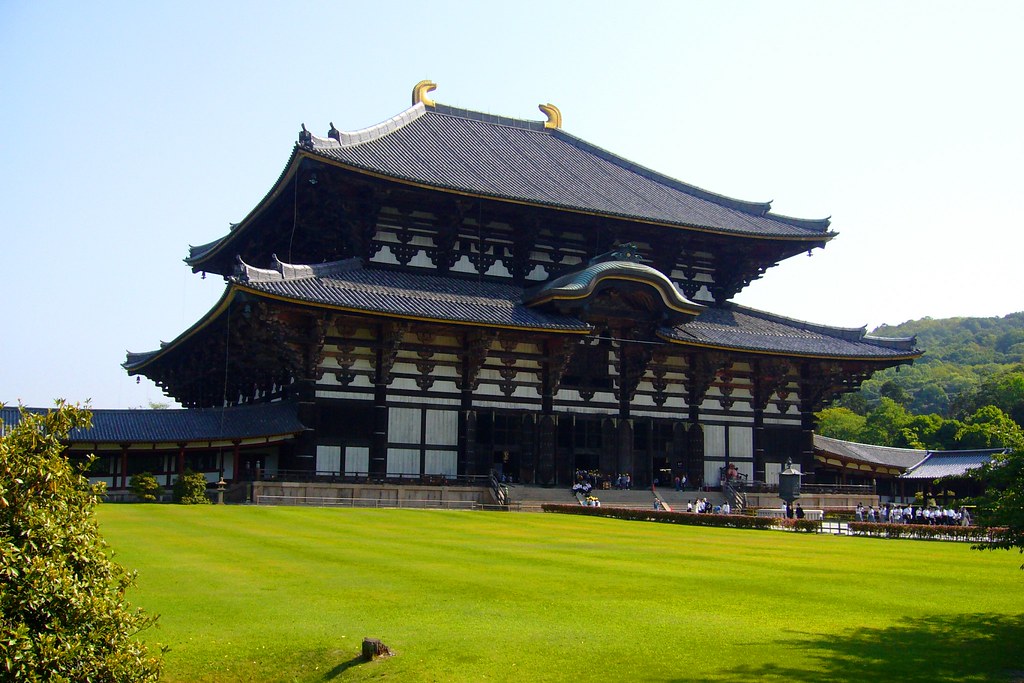 Nara was the capital of Japan from 710 to 784. During this period the framework of national government was consolidated and Nara enjoyed great prosperity, emerging as the fountainhead of Japanese culture. The city’s historic monuments – Buddhist temples, Shinto shrines and the excavated remains of the great Imperial Palace – provide a vivid picture of life in the Japanese capital in the 8th century, a period of profound political and cultural change. 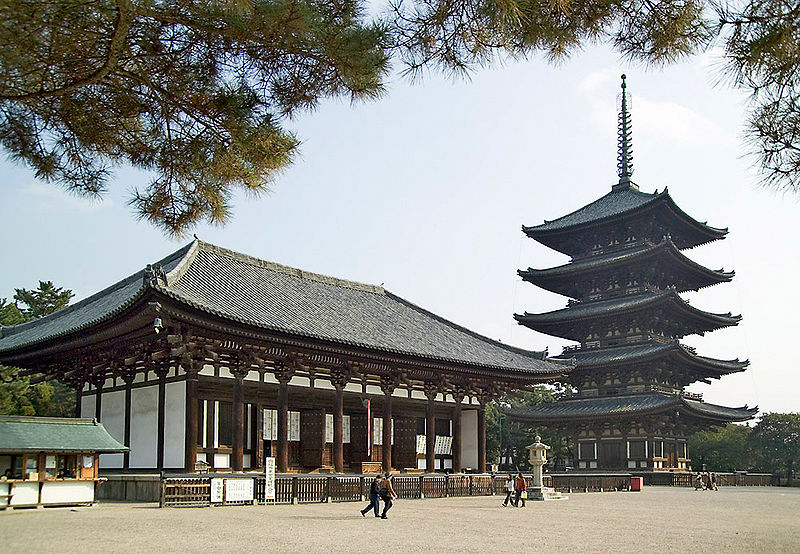 The Historic Monuments of Ancient Nara bear exceptional witness to the evolution of Japanese architecture and art and vividly illustrate a critical period in the cultural and political development of Japan, when Nara functioned as its capital from 710 to 784. During this period, the framework of national government was consolidated and Nara enjoyed great prosperity, emerging as the fountainhead of Japanese culture.

Located in the modern city of Nara, the property includes eight component parts composed of seventy-eight different buildings covering 617.0 ha, which is surrounded by a buffer zone (1,962.5 ha) and the “historic environment harmonization area (539.0 ha)”.

The site of Heijô-kyô was carefully selected in accordance with Chinese geomantic principles. A grand city plan, based on Chinese examples such as Chang’an, was laid out, with palaces, Buddhist temples, Shinto shrines, public buildings, houses, and roads on an orthogonal grid. The palace itself, located at the northern end of the central avenue, occupied 120 ha. It comprised the official buildings where political and religious ceremonies took place, notably the Daigokuden (imperial audience hall) and Chôdô-in (state halls), and the imperial residence (Dairi), together with various compounds for administrative and other purposes.

The component parts include an archaeological site (the Nara Palace Site), five Buddhist temples (the Tôdai-ji, the Kôfuku-ji, the Yakushi-ji, the Gangô-ji and the Tôshôdai-ji), a Shinto shrine (the Kasuga-Taisha) and an associative cultural landscape (the Kasugayama Primeval Forest), the natural environment which is an integral part of all Shinto shrines. Together, these places provide a vivid and comprehensive picture of religion and life in the Japanese capital in the 8th century, a period of profound political and cultural change.

Criterion (ii): The historic monuments of Ancient Nara bear exceptional witness to the evolution of Japanese architecture and art as a result of cultural links with China and Korea which were to have a profound influence on future developments.

Criterion (iii): The flowering of Japanese culture during the period when Nara was the capital is uniquely demonstrated by its architectural heritage.

Criterion (iv): The layout of the Imperial Palace and the design of the surviving monuments in Nara are outstanding examples of the architecture and planning of early Asian capital cities.

Criterion (vi): The Buddhist temples and Shinto shrines of Nara demonstrate the continuing spiritual power and influence of these religions in an exceptional manner.

Kobe is a city in the Hyogo Perfecture of Japan. A cosmopolitan port city with an international flavor, hemmed in by Mt. Rokko, Kōbe is often ranked as the best place for expatriates to live in Japan. The city has a population of over 1.5 million people. A port in what would become Kōbe was established as a concession to western powers in 1868, during the time when Japan was opening to the world. Nagasaki and Yokohama had already begun serving foreign ships nine years earlier. Today, a synagogue, Japan’s first mosque, Japan’s first Sikh temple, a Chinatown, and European architecture mark Kōbe as a place where foreigners and foreign culture first arrived in Japan. Kobe’s main attraction for the Japanese is its concentration of Western-style houses, some dating back to the days when Kobe was opened for foreign trade in 1868. [read more]

Nagoya  is the capital and largest city of Aichi prefecture, in the Chubu region of Honshu. The hub of the Aichi region, Nagoya is Japan’s fourth-largest city after Tokyo, Yokohama and Osaka and one of the nation’s major economic centers. In terms of manufacturing, as home to auto-making giants Toyota, Honda, Mitsubishi Motors, Nagoya is to Japan what Detroit is to the United States — which, along with having been completely flattened during World War II, also explains why it’s not one of Japan’s top tourist draws and most tourists just zip through on the bullet train on their way between Tokyo and Kyoto. But if you do decide to stick around, there are plenty of car-related attractions, a restored castle, an ancient shrine and surprisingly happening nightlife. [read more]