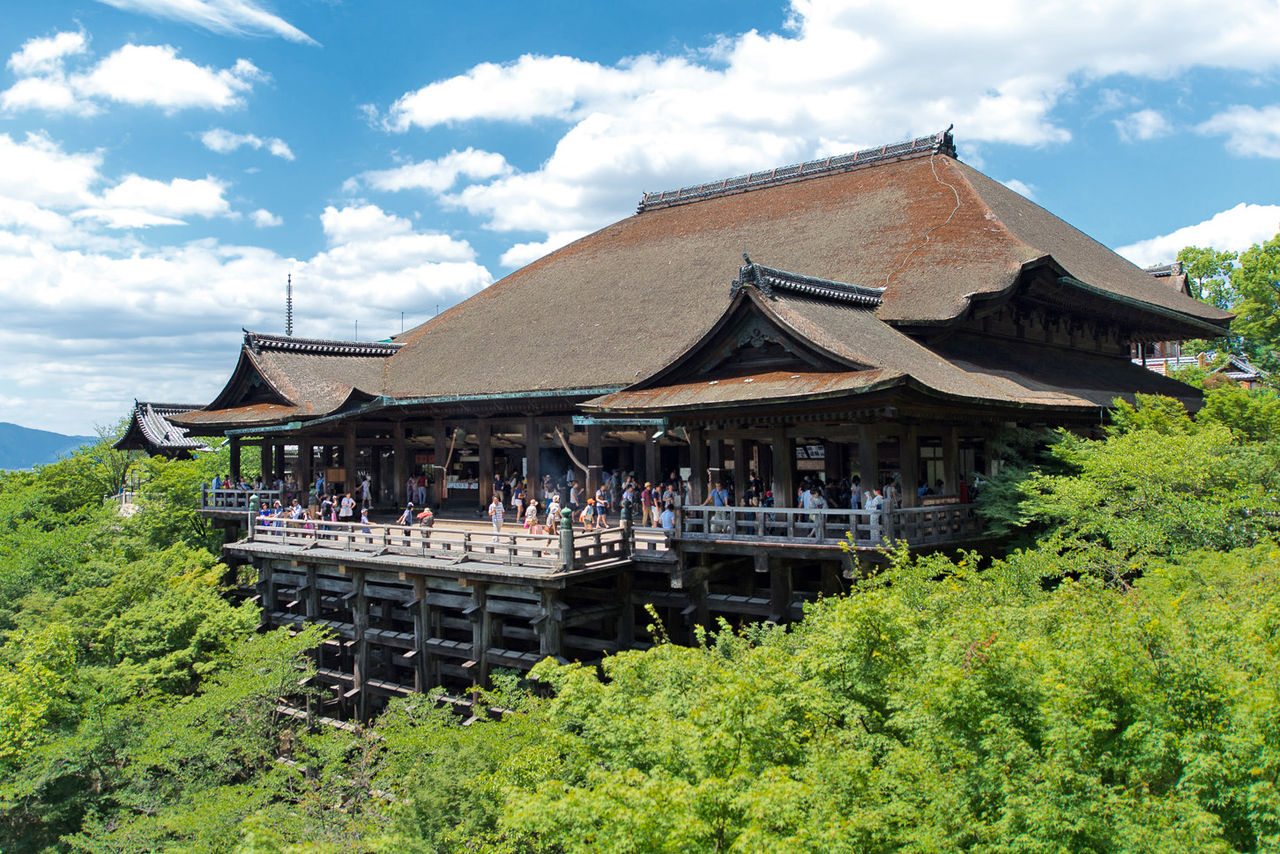 Built in A.D. 794 on the model of the capitals of ancient China, Kyoto was the imperial capital of Japan from its foundation until the middle of the 19th century. As the centre of Japanese culture for more than 1,000 years, Kyoto illustrates the development of Japanese wooden architecture, particularly religious architecture, and the art of Japanese gardens, which has influenced landscape gardening the world over.

The Historic Monuments of Ancient Kyoto (Kyoto, Uji and Otsu Cities) consist of seventeen component parts that are situated in Kyoto and Uji Cities in Kyoto Prefecture and Otsu City in Shiga Prefecture. Built in A.D. 794 on the model of the ancient Chinese capital, Kyoto has acted as the cultural centre while serving as the imperial capital until the middle of the 19th century.

As the centre of Japanese culture for more than a thousand years, it spans the development of Japanese wooden architecture, particularly religious architecture, and the art of Japanese gardens, which has influenced landscape gardening the world over. Most of the one hundred ninety-eight buildings and twelve gardens that make up the seventeen component parts of the property were built or designed from the 10th to the 17th centuries.

All of the seventeen components of the inscribed property are religious establishments except for the castle of Nijo-jo. Together they cover a total of 1,056 hectares and are surrounded by a buffer zone of 3,579 hectares.

Criterion (ii): Kyoto was the main centre for the evolution of religious and secular architecture and of garden design between the 8th and 17th centuries, and as such it played a decisive role in the creation of Japanese cultural traditions which, in the case of gardens in particular, had a profound effect on the rest of the world from the 19th century onwards.

Criterion (iv): The assemblage of architecture and garden design in the surviving monuments of Kyoto is the highest expression of this aspect of Japanese material culture in the pre-modern period.

Kobe is a city in the Hyogo Perfecture of Japan. A cosmopolitan port city with an international flavor, hemmed in by Mt. Rokko, Kōbe is often ranked as the best place for expatriates to live in Japan. The city has a population of over 1.5 million people. A port in what would become Kōbe was established as a concession to western powers in 1868, during the time when Japan was opening to the world. Nagasaki and Yokohama had already begun serving foreign ships nine years earlier. Today, a synagogue, Japan’s first mosque, Japan’s first Sikh temple, a Chinatown, and European architecture mark Kōbe as a place where foreigners and foreign culture first arrived in Japan. Kobe’s main attraction for the Japanese is its concentration of Western-style houses, some dating back to the days when Kobe was opened for foreign trade in 1868. [read more]

Nagoya  is the capital and largest city of Aichi prefecture, in the Chubu region of Honshu. The hub of the Aichi region, Nagoya is Japan’s fourth-largest city after Tokyo, Yokohama and Osaka and one of the nation’s major economic centers. In terms of manufacturing, as home to auto-making giants Toyota, Honda, Mitsubishi Motors, Nagoya is to Japan what Detroit is to the United States — which, along with having been completely flattened during World War II, also explains why it’s not one of Japan’s top tourist draws and most tourists just zip through on the bullet train on their way between Tokyo and Kyoto. But if you do decide to stick around, there are plenty of car-related attractions, a restored castle, an ancient shrine and surprisingly happening nightlife. [read more]