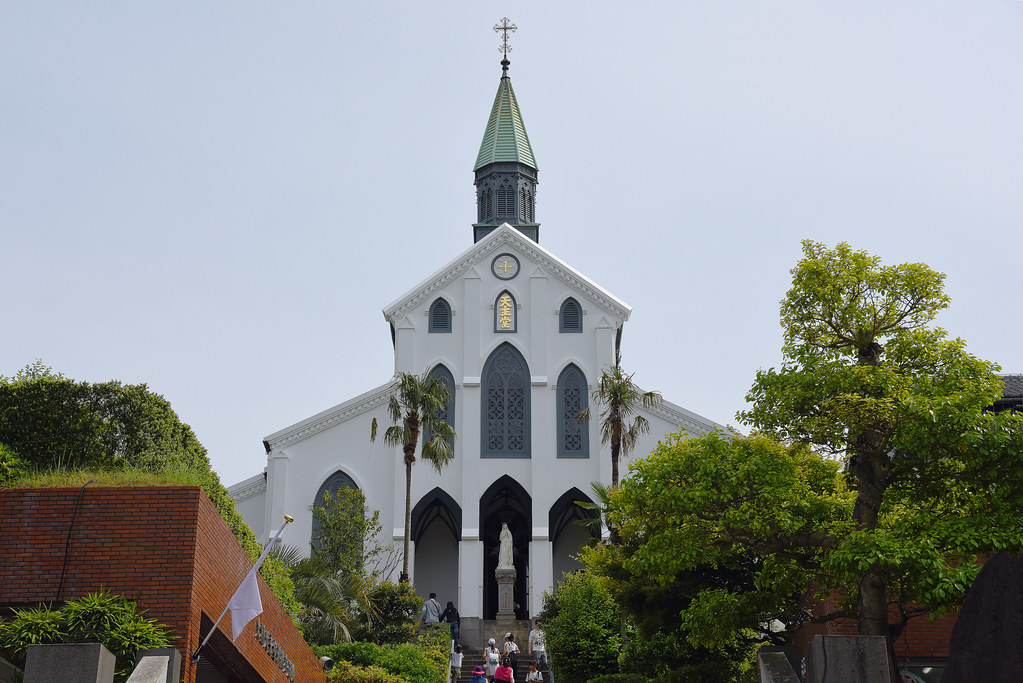 Located in the north-western part of Kyushu island, this serial property consists of ten villages, remains of the Hara Castle and a cathedral, dating from the 17th to the 19th centuries. They reflect the era of prohibition of the Christian faith, as well as the revitalization of Christian communities after the official lifting of prohibition in 1873.  These sites bear unique testimony to a cultural tradition nurtured by hidden Christians in the Nagasaki region who secretly transmitted their faith during the period of prohibition from the 17th to the 19th century.

Located in the Nagasaki and Kumamoto prefectures in the northwestern part of Kyushu Island of the Japanese Archipelago, the ‘Hidden Christian Sites in the Nagasaki Region’ is a serial property comprising 12 components, made up of ten villages, one castle remains, and one cathedral dating from between the 17th and 19th centuries. They reflect the era of prohibition of the Christian faith, as well as the revitalization of Christian communities after the official lifting of the prohibition in 1873. Hidden Christians survived as communities that formed small villages sited along the seacoast or on remote islands to which Hidden Christians migrated during the ban on Christianity. Hidden Christians gave rise to a distinctive religious tradition that was seemingly vernacular yet which maintained the essence of Christianity, and they survived continuing their faith over the ensuing two centuries.

Criterion (iii): The Hidden Christian Sites in the Nagasaki Region bear unique testimony to a distinctive religious tradition nurtured by Hidden Christians who secretly transmitted their faith in Christianity during the time of prohibition spanning more than two centuries in Japan, from the 17th to the 19th century.

Kumamoto is the capital of Kumamoto prefecture on the island of Kyushu, Japan. It is notable for the impressive Kumamoto Castle. The city suffered two powerful earthquakes in April 2016. While many attractions have re-opened, a few, including Kumamoto Castle, are still closed. The city is home to about 730,000 people. Kumamoto means “origin of the bear”, and its nickname is Hi No Kuni (fire country), because of the nearby giant volcano (Mt. Aso) and Mori no Miyako (capital of the forest). See Kumamoto Castle. Main grounds are closed due to earthquake damage. It is one of the most beautiful castles in Japan, and the third largest. Kumamoto Castle was burned down during the Satsuma Rebellion in 1877; the current keep is a concrete reconstruction built during the 1960s, though some of the other buildings are originals, nevertheless, it is a must-see attraction which is effectively the heart of the city. During the cherry blossom season, the castle grounds are filled with hundreds of beautiful blossoms [read more].

Kitakyushu is a large city in Fukuoka prefecture on the island of Kyushu, Japan. Together with Shimonoseki it is part of the Kanmon Straits area. In terms of area it is the largest city in Kyushu, though Fukuoka has the bigger population. The population of Kitakyushu is about one million (or 1.3 million including Shimonoseki). Kitakyushu was created in 1963 from the five smaller cities of Kokura, Moji, Tobata, Wakamatsu and Yahata, and it retains this sense of being a country area with much diversity and beautiful nature, despite its reputation as a steel town. Kokura, the heart of Kitakyushu, is an ancient feudal castle town guarding the Straits of Shimonoseki. Kokura was supposed to be the target of the second nuclear bomb in World War II. However, it was cloudy on the day of the attack and the plane diverted to Nagasaki instead. The modern city of Kitakyushu dates back only to 1963, when the cities of Moji, Kokura, Tobata, Yahata and Wakamatsu were merged by administrative fiat [read more].