Gusuku Sites and Related Properties of the Kingdom of Ryukyu 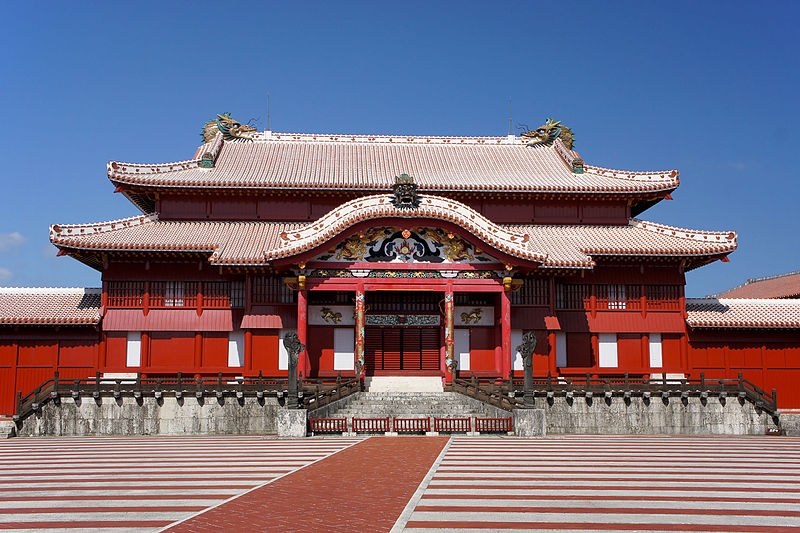 Five hundred years of Ryukyuan history (12th-17th century) are represented by this group of sites and monuments. The ruins of the castles, on imposing elevated sites, are evidence for the social structure over much of that period, while the sacred sites provide mute testimony to the rare survival of an ancient form of religion into the modern age. The wide- ranging economic and cultural contacts of the Ryukyu Islands over that period gave rise to a unique culture. 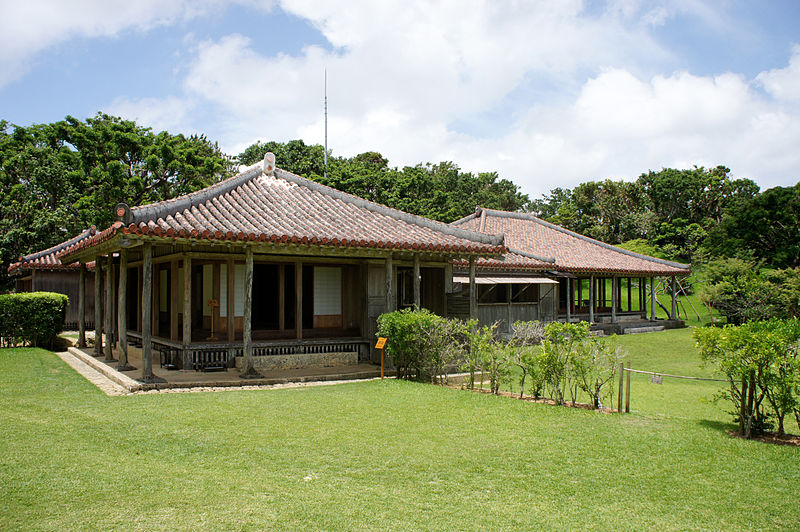 Five hundred years of Ryukyuan history (12th-17th centuries) are represented by this group of sites and monuments.

The nine component parts of the property include the sites and archaeological ruins of two stone monuments, five castles, and two cultural landscapes. They are scattered across Okinawa Island, collectively covering 54.9 ha. The surrounding buffer zone covers a total area of 559.7 ha.

In the 10th-12th centuries, Ryukyuan farming communities (gusuku) began to enclose their villages with simple stone walls for protection. From the 12th century onwards powerful groups known as aji began to emerge. They enlarged the defences of their own settlements, converting them into fortresses for their own households; these adopted the term gusuku to describe these formidable castles.

The castle ruins of the Gusuku sites on imposing elevated locations, are evidence for the social structure over much of that period, while the sacred sites provide mute testimony to the rare survival of an ancient form of religion into the modern age. The wide-ranging economic and cultural contacts of the Ryukyu Islands over that period gave rise to a unique culture.

Criterion (ii): For several centuries the Ryukyu islands served as a centre of economic and cultural interchange between south-east Asia, China, Korea, and Japan, and this is vividly demonstrated by the surviving monuments.

Criterion (iii): The culture of the Ryukyuan Kingdom evolved and flourished in a special political and economic environment, which gave its culture a unique quality.

Criterion (vi): The Ryukyu sacred sites constitute an exceptional example of an indigenous form of nature and ancestor worship that has survived intact into the modern age alongside other established world religions.

Naha is the capital of the Okinawa Prefecture in Japan and is the main city on Okinawa Island, with a population of around 700,000 – more than half the total population of Okinawa. The Naha monorail (monorail website in Japanese only) links the airport, the city and Shuri Castle. Tickets cost ¥200-290 depending on distance, or you can get a one-day pass for ¥800. You can also get a two-day pass for ¥1,400 (2019). For places that are not near the monorail or for people who don’t want to use the monorail, there are many buses that travel throughout the city to every area. See Shuri Castle. Shuri Castle has partially re-opened after most of the structures were destroyed by a fire on the morning of 31 October 2019. This location is the former seat of the Ryukyu Kingdom, built in the Okinawan gusuku style. Completely destroyed during World War II, the buildings were most recently rebuilt in 1958 and 1992 [read more].

Okinawa City is the second-largest city on the island of Okinawa, second only to capital Naha. Do Reef Encounters (Chatan, a stones throw from the excellent shore diving at Sunabe sea wall). All instructors are fluent in both English and Japanese. Ask to drift dive Ugan or get lost with the sharks in the Kamiyama labyrinth. PADI and NAUI courses are available, with a discount for combined open water/advanced open water courses. For the experienced or adventurous ask about technical courses or diving Yonaguni. edit Music Town is home to dozens of restaurants, music halls, recording and editing studios, entertainment halls, money exchanges and retail businesses. Located only a short drive from Kadena Air Base Gate 2 [read more].

Uruma is a city located in Okinawa Prefecture, Japan. The modern city of Uruma was established on April 1, 2005, when the cities of Gushikawa and Ishikawa were merged with the towns of Katsuren and Yonashiro (both from Nakagami District). As of May 1, 2013, the city has an estimated population of 118,330 and a population density of 1,400 persons per km². The total area is 86.00 km². The city covers part of the east coast of the south of Okinawa Island, the Katsuren Peninsula, and the eight Yokatsu Islands. The Yokatsu Islands include numerous sites important to the Ryukyuan religion, and the city as a whole has numerous historical sites, including: Katsuren Castle, Agena Castle, and Iha Castle and the Iha Shell Mound. It is home to the largest venue for Okinawan bullfighting. The Mid-Sea Road, which crosses the ocean and connects the Yokatsu Islands to the main island of Okinawa, is now a symbol of Uruma [read more].