The Dong Phayayen-Khao Yai Forest Complex spans 230 km between Ta Phraya National Park on the Cambodian border in the east, and Khao Yai National Park in the west. The site is home to more than 800 species of fauna, including 112 mammal species (among them two species of gibbon), 392 bird species and 200 reptile and amphibian species. It is internationally important for the conservation of globally threatened and endangered mammal, bird and reptile species, among them 19 that are vulnerable, four that are endangered, and one that is critically endangered. The area contains substantial and important tropical forest ecosystems, which can provide a viable habitat for the long-term survival of these species. 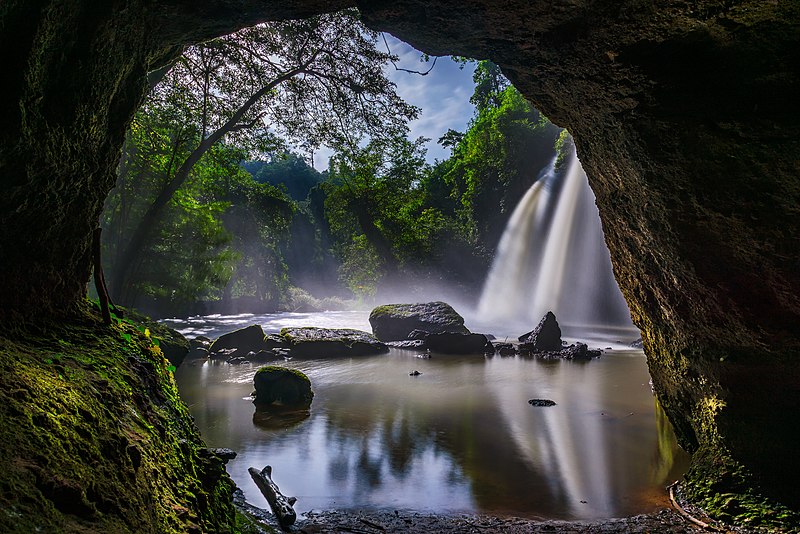 Home to more than 800 species of fauna and located in northeast Thailand, Dong Phayayen-Khao Yai Forest Complex (DPKY-FC) covers 615,500 hectares and comprises five almost contiguous Protected Areas; Khao Yai National Park, Thap Lan National Park, Pang Sida National Park, Ta Phraya National Park, and Dong Yai Wildlife Sanctuary. The complex spans 230 kilometers from Ta Phraya National Park on the Cambodian border in the east and Khao Yai National Park at the western end of the complex. It lies in an east-west alignment along and below the Korat Plateau, the southern edge of which is formed by the Phanom Dongrek escarpment. The property falls inside the Central Indochina biogeographic unit and borders the Cardamom Mountains biogeographic unit. The complex also lies at the edge of the Tropical and Subtropical Moist Broadleaf Forest (WWF Global 200 Ecoregion 35) and the Indochina Dry Forest (Ecoregion 54).

Internationally important for its biodiversity and the conservation of globally threatened and endangered mammal, bird and reptile species, the property is home to one critically endangered (Siamese Crocodile), four endangered (Asian Elephant, Tiger, Leopard Cat, Banteng) and 19 vulnerable species. The property protects some of the largest remaining populations in the region of many important wildlife species and is the only known location where White-headed and Pileated Gibbon species have overlapping ranges and interbreed.

The Dong Phayayen-Khao Yai Forest Complex, with its high annual rainfall, acts as a critically important watershed for Thailand, draining into and feeding five of the country’s major rivers: Nakhon Nayok river, Prachin Buri river, Lamta Khong river, Muak Lek river, and Mun river. The  waterfalls and creeks within the property, together with the variety of flora and fauna and dramatic forested landscapes, attract millions of visitors every year for recreation and education purposes.

Criterion (x): The Dong Phayayen-Khao Yai Forest Complex (DPKY-FC) contains more than 800 fauna species, including 112 species of mammals, 392 species of birds and 200 reptiles and amphibians. The property is internationally important for the conservation of globally threatened and endangered mammal, bird and reptile species that are recognised as being of outstanding universal value. This includes 1 critically endangered, 4 endangered and 19 vulnerable species. The property contains the last substantial area of globally important tropical forest ecosystems of the Thailandian Monsoon Forest biogeographic province in northeast Thailand, which in turn can provide a viable area for long-term survival of endangered, globally important species, including tiger, elephant, leopard cat and banteng. The unique overlap of the range of two species of gibbon, including the vulnerable pileated gibbon, further adds to the global value of the complex. In addition to the resident species the complex plays an important role for the conservation of migratory species, including the endangered Spot-billed Pelican and critically endangered Greater Adjutant.

Saraburi is a city in the Chao Phraya Basin region of Thailand. It is home to one of the most beautiful religious sites in Thailand, a large botanical garden, and many other natural and historical sights. Saraburi has been an important city since ancient times. It is assumed to have been established c.1549 during the reign of King Maha Chakkraphat of the Kingdom of Ayutthaya. It is assumed that the king had ordered the merging of some parts of Lopburi and Nakhon Nayok together to set up Saraburi Province with the aim of being a centre for mobilising citizenry in times of war. Therefore, from the Ayutthaya period, the story of Saraburi has usually related to battles and wars. As for the origin of the word “Saraburi”, it is assumed that due to its location near a swamp called “Bueng Nong Ngong”, when the town was established a combination of “sa” (a swamp) and “buri” (a town), it was suggested and the town was named “Saraburi” [read more].

Bangkok (Thai: Krung Thep) is the capital and largest city of Thailand and, with a population of over eleven million inhabitants, by far its main city. Its high-rise buildings, heavy traffic congestion, intense heat and naughty nightlife do not immediately give you a warm welcome — but don’t let your first impression mislead you. It is one of Asia’s most cosmopolitan cities with magnificent temples and palaces, authentic canals, busy markets and a vibrant nightlife that has something for everyone. For years, it was only a small trading post at the banks of the Chao Phraya River, until King Rama I, the first monarch of the present Chakri dynasty, turned it into the capital of Siam in 1782, after the burning of Ayutthaya by Burmese invaders. Since then, Bangkok has turned into a national treasure house and functions as Thailand’s spiritual, cultural, political, commercial, educational and diplomatic centre. Bangkok is a huge and modern city humming with nightlife and fervor [read more].

Nonthaburi is Thailand’s second largest city, being a part of the Bangkok Metropolitan Region. Due to its close proximity to Bangkok the city is a suburb of the national capital, and is generally considered a part of Greater Bangkok – had it not been for the signposts you’d hardly notice where one ends and the other begins. Officially, however, Nonthaburi is one of the five neighbouring provinces of Bangkok. Covering an area of 622 square kilometres and separated into 2 parts by the Chao Phraya River, Nonthaburi is administratively divided into six districts: Mueang Nonthaburi, Pak Kret, Bang Kruai, Bang Yai, Bang Bua Thong and Sai Noi. The history of Nonthaburi dates back 400 years to the era of Ayutthaya Kingdom. Firstly known as Tambon Ban Talad Khwan, and noted for its fertile soil and plentiful water where a lot of orchards nest alongside the Chao Phraya River, this tambon was promoted to Nonthaburi City in 1549 under the reign of King Mahajakrapat [read more].