Baroque Churches of the Philippines

These four churches, the first of which was built by the Spanish in the late 16th century, are located in Manila, Santa Maria, Paoay and Miag-ao. Their unique architectural style is a reinterpretation of European Baroque by Chinese and Philippine craftsmen. 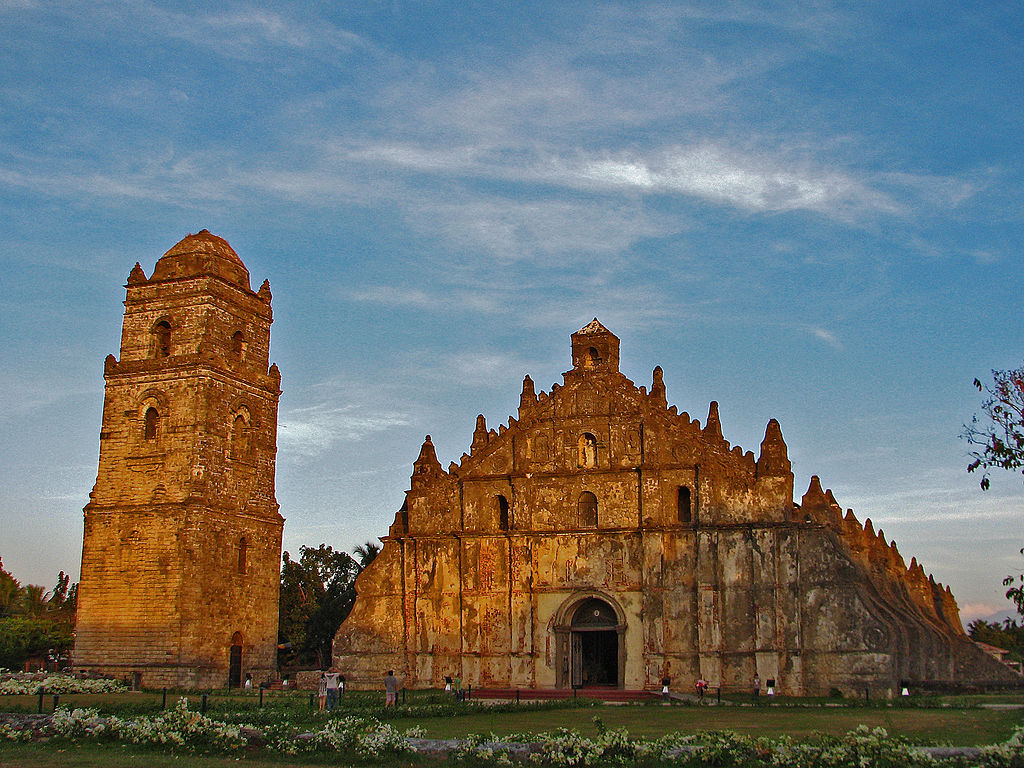 The Baroque Churches of the Philippines is a serial inscription consisting of four Roman Catholic churches constructed between the 16thand the18th centuries in the Spanish period of the Philippines. They are located in separate areas of the Philippine archipelago, two at the northern island of Luzon, one at the heart of Intramuros, Manila, and the other in the central Visayas island of Iloilo.

This group of churches established a style of building and design that was adapted to the physical conditions in the Philippines and had an important influence on later church architecture in the region. The four churches are outstanding examples of the Philippine interpretation of the Baroque style, and represent the fusion of European church design and construction with local materials and decorative motifs to form a new church-building tradition.

Criterion (ii): The group of churches established a style of building and design that was adapted to the physical conditions in the Philippines which had an important influence on later church architecture in the region.

Criterion (iv): The Baroque Churches of the Philippines represent the fusion of European church design and construction using local materials and decorative motifs to form a new church-building tradition.

Quezon City is the largest city in the Philippines and is one of the constituent cities of Metro Manila. Commonly called QC or Kyusi, it has a population of 2.68 million people. It has become the hub of information technology and its entertainment industry in the Philippines. The city was named after former Philippine president Manuel Luis Quezon y Molina. Quezon City was the country’s capital from 1946 until 1972, when the seat of government was returned to neighboring Manila. Quezon City consists of five districts. Quezon City is a city of contrasts, mixing old and new, rich and poor, and traditional and modern. Administratively, the city is divided into 127 barangays that are generally used in addresses and for official purposes; in addition, there are also a number of traditional areas, like Cubao, Diliman, New Manila, etc., that have since been subdivided but are still commonly used in addresses and when giving directions [read more].

Manila is the capital of the Philippines and a major attraction in terms of culture and heritage in the country. Sprawling, congested and polluted will likely be the first words to enter your mind when you think of Manila but don’t let that impression stop you from exploring its places of interests: its churches; its diverse and complicated culture; colonial history; gigantic malls; bustling markets; hidden architectural gems and vibrant nightlife. Take the opportunity to explore Manila and make your own personal connection with the city. Manila is part of the huge Metro Manila metropolis which has many attractions beyond those in Manila’s administrative boundaries. This article covers only the city proper. Manila is distributed into 16 territorial districts, which are all original towns except one, the Port Area District. Each district is glorified through its history, culture and cuisine. This guide provides 9 districts instead for the traveller’s interest. The City of Manila is in the western part of Metro Manila, facing the Manila Bay [read more].

Caloocan or Kalookan is a city, part of Metro Manila. This highly urbanized city is in the northern part of Metro Manila and is subdivided into two congressional districts. It is a bustling city of around 1.4 million inhabitants, making it the 4th largest city of the Philippines in terms of population. It spans a combined but geographically separated land area of 55.8 km2., making it also the 2nd largest city in Metro Manila in terms of land area. See Bonifacio Monument – this famous landmark of the city is located at the intersection of EDSA and Rizal Avenue. Made by nationalist Guillermo Tolentino, the monument commemorates the first encounter of the revolutionary group Katipunan, lead by hero Andres Bonifacio, with Spanish forces. Gubat sa Ciudad Resort – features several swimming pools and other water facilities for the whole family. If you need to use public transportation try sakay.ph, it will show you the right type to your destination [read more].