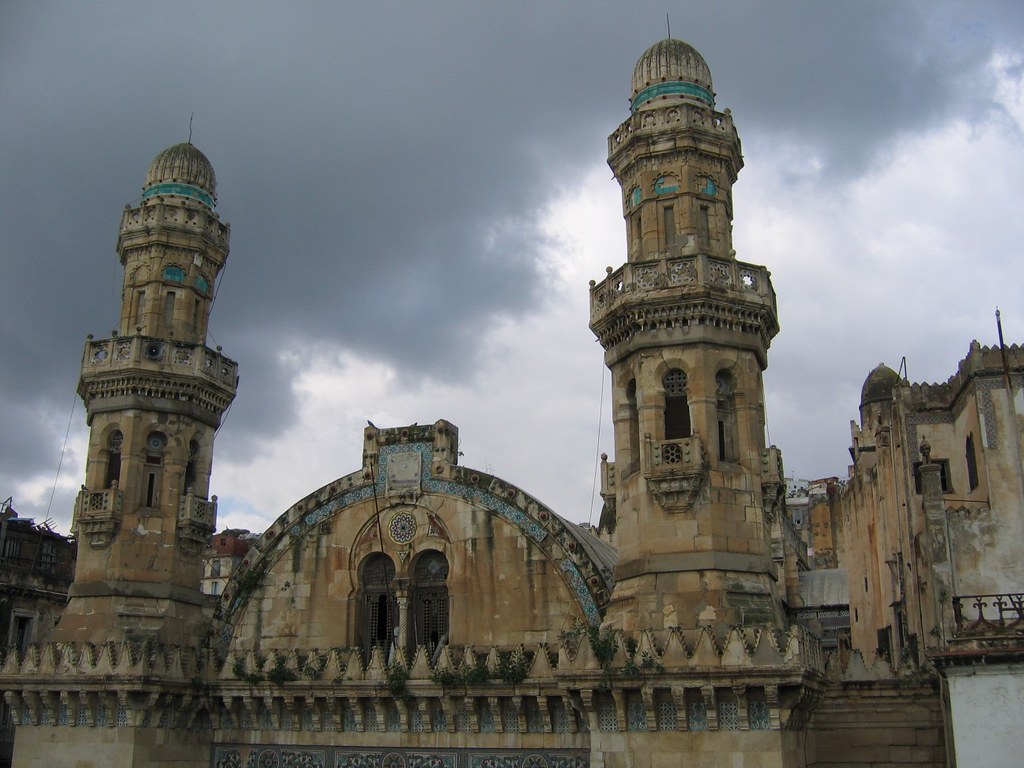 Algeria (Algiers, Blida, Chlef)
City and Wilaya (province) of Algiers
N36 46 59.988 E3 3 37.008
Date of Inscription: 1992
Criteria:
ii. to exhibit an important interchange of human values, over a span of time or within a cultural area of the world, on developments in architecture or technology, monumental arts, town-planning or landscape design;
v. to be an outstanding example of a traditional human settlement, land-use, or sea-use which is representative of a culture (or cultures), or human interaction with the environment especially when it has become vulnerable under the impact of irreversible change;
Property : 60 ha
Ref: 565

The Kasbah of Algiers is a unique kind of medina, or Islamic city, founded on the Icosium old ruins. It is an outstanding example of a historic Maghreb city having had extensive influence on architecture and town-planning in the western part of the Mediterranean, specifically North Africa, Andalusia and sub-Saharan Africa during the 16th and 17th centuries.

Indeed, located in one of the finest coastal sites on the Mediterranean, this traditional human settlement was inhabited at least from the 6th century BC. It overlooks the islands where a Phoenician trading post was established in the 4th century BC.  The term Kasbah, that originally designated the highest point of the medina during the Zirid era, today applies to the ensemble of the old town of El Djazair, within the boundaries marked by the ramparts and built at the end of the 16th century, dating back to the Ottoman period.

In this living environment of the hilltop citadel and traditional quarters surrounding it, with nearly 50,000 people residing, very interesting traditional houses with its winding, twisting alley, Ottoman-style palaces, hammams, ancient mosques, citadels and various souks are still conserved. The Kasbah (which is the Arabic word for fortress) bears witness to a remarkable authenticity, as regards the form and conception (very dense urban planning), construction materials (earthen bricks, earthen and lime rendering, stone and wood) and also the use (residential, trading, cult) and popular customs.

Historic monuments include the 1,000-year-old Sidi Ramdane mosque and former fortress, and the Princess Khedaoudj al Amia Palace. Houses are passed down along generations.

The numerous traditional urban form and structure is associated with a deep-rooted sense of community and bears witness to an effect of stratification of several styles in a complex and original system that has adapted remarkably well to a very hilly and uneven site. The specific character of its houses and the density of its urban stratification provides a model of human settlement where the ancestral lifestyle and a profoundly Mediterranean Muslim culture and customs have blended with other types of traditions.