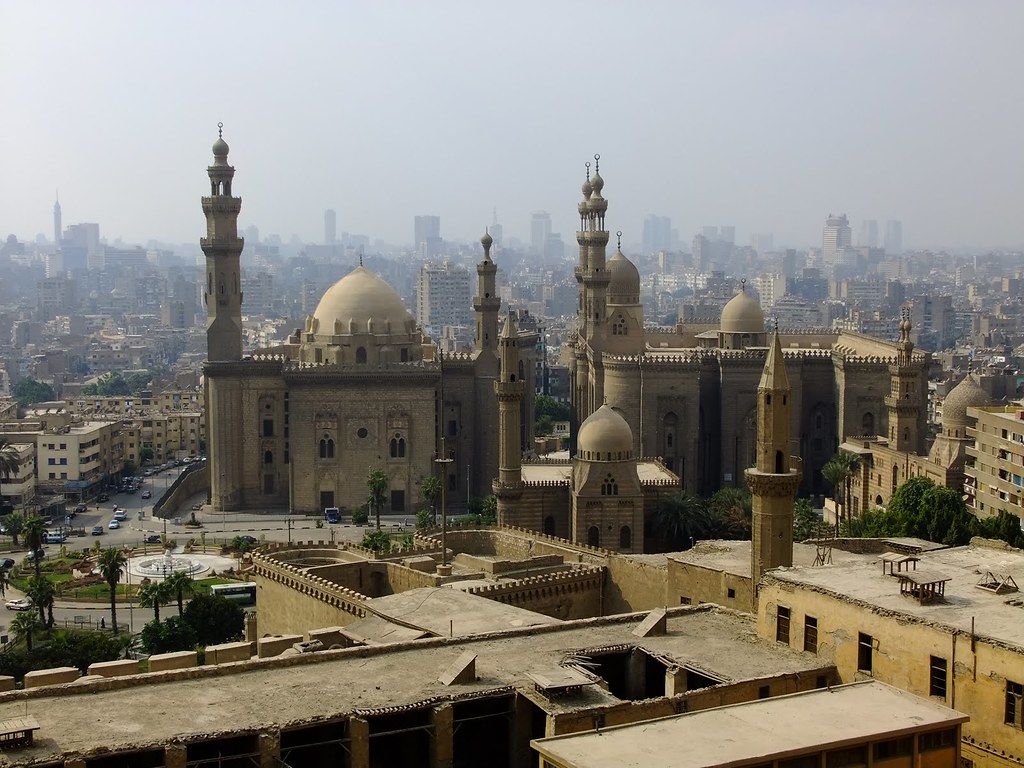 Tucked away amid the modern urban area of Cairo lies one of the world’s oldest Islamic cities, with its famous mosques, madrasas, hammams and fount 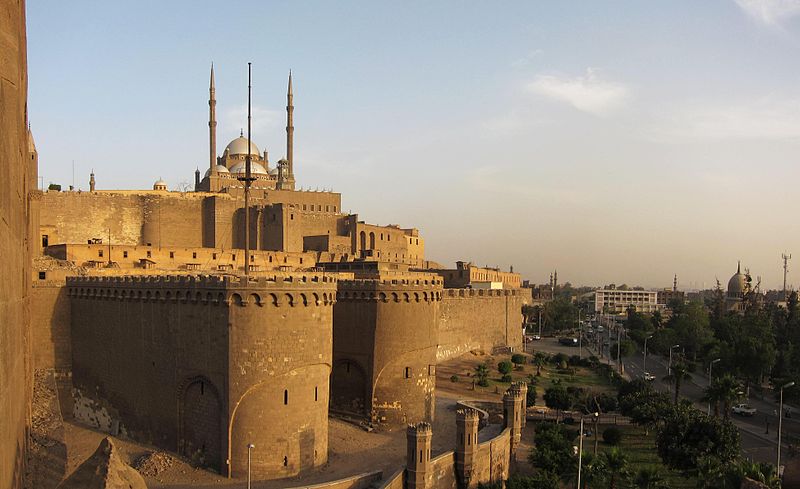 Cairo (pronounced KY-roh; Arabic: al-Qāhirah) is the capital of Egypt and, with a total population of Greater Cairo metropolitan area in excess of 16 million people, one of the largest cities in both Africa and the Middle East (the regions which it conveniently straddles). It is also the 19th largest city in the world, and among the world’s most densely populated cities. On the Nile river, Cairo is famous for its own history, preserved in the fabulous medieval Islamic city and Coptic sites in Old Cairo — with historic Cairo inscribed on the UNESCO World Heritage list. The Egyptian Museum in the city centre is a must see, with its countless Ancient Egyptian artefacts, as is shopping at the Khan al-Khalili bazaar. No trip to Cairo would be complete without a visit to the Giza Pyramids and to the nearby Saqqara Pyramid Complex, where visitors will see Egypt’s first step pyramid built by the architect Imhotep for the third dynasty pharaoh Djoser [read more].

Picture yourself in Egypt and you picture this. Imagine Ancient Egypt and this is where your mind will land. Here is Giza, the city just west of Cairo, where on a desert plateau stand the Pyramids, Sphinx and royal tombs of the pharaohs. Everything west of the Nile’s eastern bank is actually in the City of Giza (el-Gīza) rather than the City of Cairo. It’s a huge conurbation that includes the Nile islands of Gezira and Roda, the riverside neighbourhoods of Dokki and Mohandeseen, and mile after mile of tatty low-rise and ‘burbs. Giza plus Cairo and three other townships make up the Greater Cairo Metropolis. But of course the top sight is the UNESCO World Heritage site Pyramids of Giza, at the western edge of the city, in the “Haram” district. The Grand Egyptian Museum may open in 2019/2020. This means that Giza is developing into a tourist base in its own right, especially along the main axis of the Haram or Pyramids Road [read more].

Alexandria (pronounced al-ig-ZAN-dree-uh ; Arabic: al-Iskandariyya / Eskendereyya ) is Egypt’s second largest city (5.2 million people in 2018), its largest seaport, and the country’s window onto the Mediterranean Sea. The city is a faded shadow of its former glorious cosmopolitan self, but still worth a visit for its many cultural attractions and still-palpable glimpses of its past. Few cities of the world have a history as rich as that of Alexandria; few cities have witnessed so many historic events and legends. Founded by Alexander the Great (Iskander al-Akbar) in 331 BC, Alexandria became the capital of Greco-Roman Egypt; its status as a beacon of culture is symbolized by Pharos, the legendary lighthouse. There had long been a fishing village here, called Rhakotis, but Alexander had greater plans for it. Its strategic value was obvious: it had a great natural harbour, a backing lagoon to prevent land attack, a fertile hinterland, and potential control of trade routes up the Nile and overland to the Red Sea and Arabia [read more].