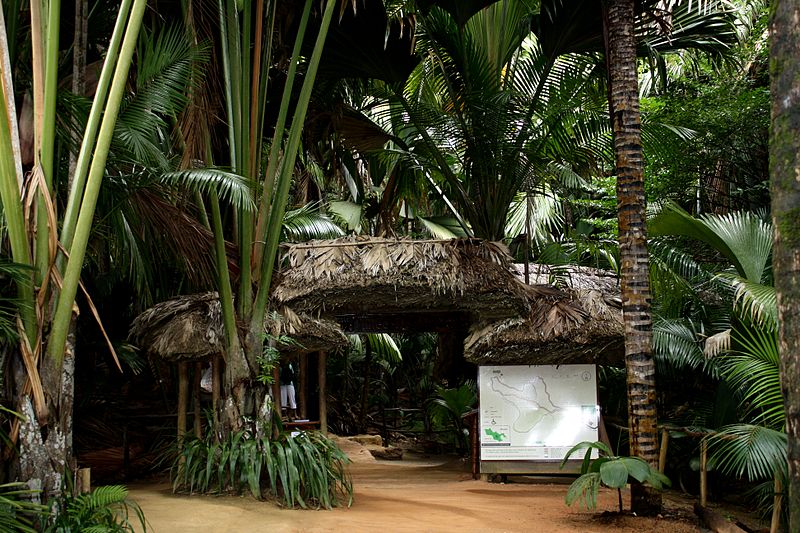 In the heart of the small island of Praslin, the reserve has the vestiges of a natural palm forest preserved in almost its original state. The famous coco de mer, from a palm-tree once believed to grow in the depths of the sea, is the largest seed in the plant kingdom. 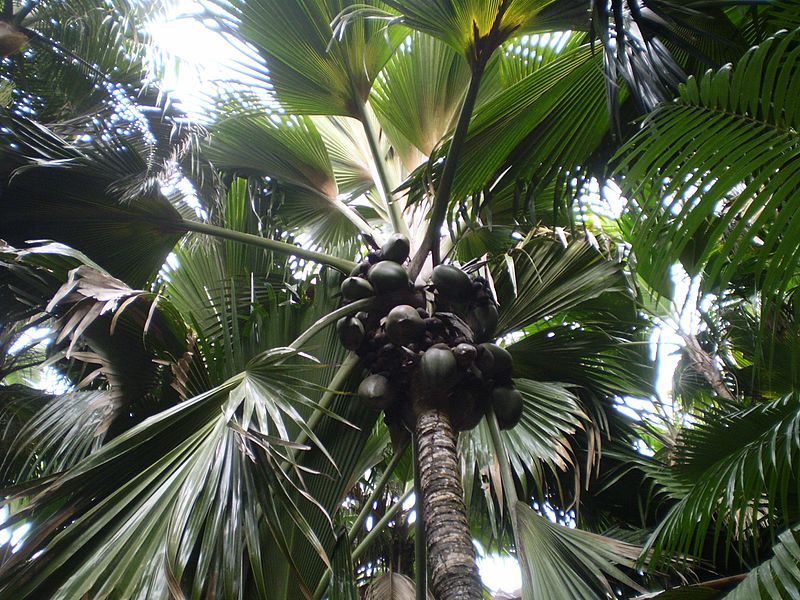 Located on the granitic island of Praslin, the Vallée de Mai is a 19.5 ha area of palm forest which remains largely unchanged since prehistoric times. Dominating the landscape is the world’s largest population of endemic coco-de-mer, a flagship species of global significance as the bearer of the largest seed in the plant kingdom. The forest is also home to five other endemic palms and many endemic fauna species. The property is a scenically attractive area with a distinctive natural beauty.

Criterion (vii): The property contains a scenic mature palm forest.  The natural formations of the palm forests are of aesthetic appeal with dappled sunlight and a spectrum of green, red and brown palm fronds. The natural beauty and near-natural state of the Vallée de Mai are of great interest, even to those visitors who are not fully aware of the ecological significance of the forest.

Criterion (viii): Shaped by geological and biological processes that took place millions of years ago, the property is an outstanding example of an earlier and major stage in the evolutionary history of the world’s flora. Its ecology is dominated by endemic palms, and especially by the coco-de-mer, famous for its distinctively large double nut containing the largest seed in the plant kingdom. The Vallée de Mai constitutes a living laboratory, illustrating of what other tropical areas would have been before the advent of more advanced plant families.

Criterion (ix): The property represents an outstanding example of biological evolution dominated by endemic palms. The property’s low and intermediate-altitude palm forest is characteristic of the Seychelles and is preserved as something resembling its primeval state. The forest is dominated by the coco-de-mer Lodoicea maldivica but there are also five other endemic species of palms. Located in the granitic island of Praslin, the Vallée de Mai is the only area in the Seychelles where all six species occur together and no other island in the Indian Ocean possesses the combination of features displayed in the property. The ancient palms form a dense forest, along with Pandanus screw palms and broadleaf trees, which together constitute an ecosystem where unique ecological processes and interactions of nutrient cycling, seed dispersal, and pollination occur.

Victoria is the capital of the Seychelles islands, located on the island of Mahe. Victoria is one of the smallest capital cities in the world and the only major port in the Seychelles. Its courthouse and post office in the center of town have been virtually unchanged since colonial times. See: the Natural History Museum features many displays of the natural wildlife of the Seychelles. Attractions in the city include a clocktower modelled on that of Vauxhall Clock Tower in London, England, the Courthouse, the Victoria Botanical Gardens and the Sir Selwyn Selwyn-Clarke Market. The city is also home to the national stadium and a polytechnic institute, while the inner harbour lies immediately east of the town, around which tuna fishing and canning form a major local industry. One of the largest bridges in Victoria was destroyed in the 2004 Indian Ocean earthquake. Do visit the morning market where residents buy and bargain for fresh fish, fruits and vegetables [read more].

Anse Etoile is an administrative district of Seychelles on the island of Mahé [read more].

Anse Boileau is an administrative district on the south of the island of Mahé in the Seychelles. Anse Boileau encapsulates the natural wonders of the Seychelles: it sits at the foot of a steep, green mountain, it is on the shores of the Indian Ocean, and in its midst are streams, mini-forests, creeks, ponds, and an enchanting array of all that defines the Seychellois landscape. It is often described as a fishing village because many of the local residents fish for a living. It has a school, a restaurant, a number of grocery shops, a health centre, and a police station. It is a short distance away from Anse La Mouche, a popular tourist destination. Anse Boileau is so-called because of its many coves [read more].