Large numbers of elephants, black rhinoceroses, cheetahs, giraffes, hippopotamuses and crocodiles live in this immense sanctuary, which measures 50,000 km2 and is relatively undisturbed by human impact. The park has a variety of vegetation zones, ranging from dense thickets to open wooded grasslands. 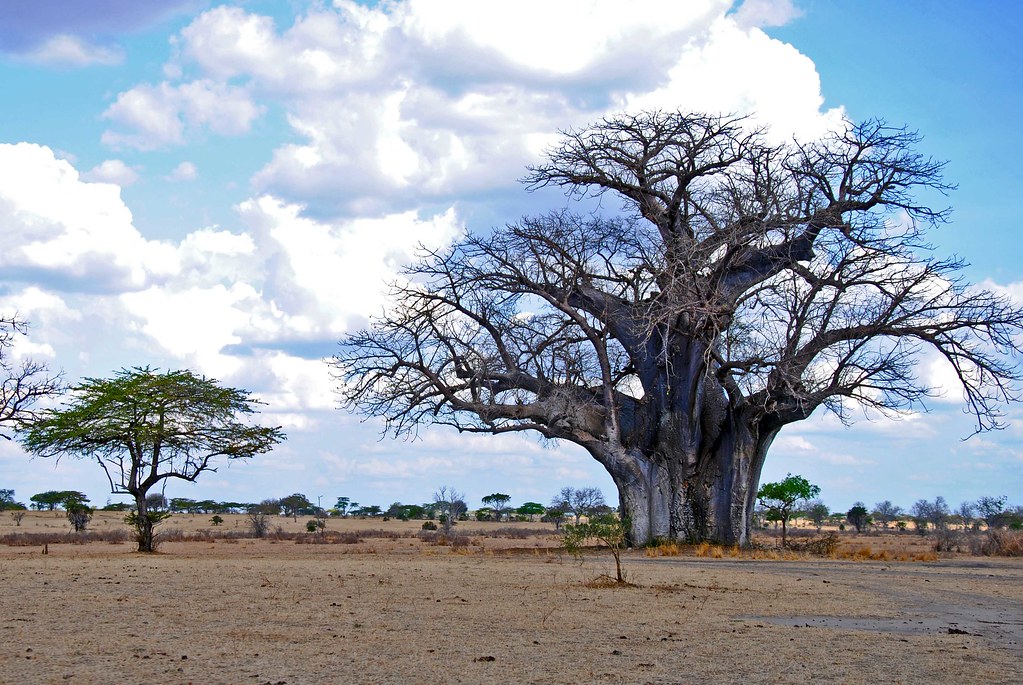 The Selous Game Reserve, covering 50,000 square kilometres, is amongst the largest protected areas in Africa and is relatively undisturbed by human impact. The property harbours one of the most significant concentrations of elephant, black rhinoceros, cheetah, giraffe, hippopotamus and crocodile, amongst many other species. The reserve also has an exceptionally high variety of habitats including Miombo woodlands, open grasslands, riverine forests and swamps, making it a valuable laboratory for on-going ecological and biological processes.

Criterion (ix): The Selous Game Reserve is one of the largest remaining wilderness areas in Africa, with relatively undisturbed ecological and biological processes, including a diverse range of wildlife with significant predator/prey relationships. The property contains a great diversity of vegetation types, including rocky acacia-clad hills, gallery and ground water forests, swamps and lowland rain forest. The dominant vegetation of the reserve is deciduous Miombo woodlands and the property constitutes a globally important example of this vegetation type. Because of this fire-climax vegetation, soils are subject to erosion when there are heavy rains. The result is a network of normally dry rivers of sand that become raging torrents during the rains; these sand rivers are one of the most unique features of the Selous landscape. Large parts of the wooded grasslands of the northern Selous are seasonally flooded by the rising water of the Rufiji River, creating a very dynamic ecosystem.

Criterion (x): The reserve has a higher density and diversity of species than any other Miombo woodland area: more than 2,100 plants have been recorded and more are thought to exist in the remote forests in the south.  Similarly, the property protects an impressive large mammal fauna; it contains globally significant populations of African elephant (Loxodontha africana) (106,300), black rhinoceros (Diceros bicornis) (2,135) and wild hunting dog (Lycaon pictus). It also includes one of the world’s largest known populations of hippopotamus (Hippopotamus amphibius) (18,200) and buffalo (Syncerus caffer) (204,015). There are also important populations of ungulates including sable antelope (Hippotragus niger) (7000), Lichtenstein’s hartebeest (Alcelaphus lichtensteinii) (52,150), greater kudu (Tragelaphus strepsiceros), eland (Taurotragus oryx) and Nyassa wildebeest (Connochaetes albojubatus) (80,815).  In addition, there is also a large number of Nile crocodile (Crocodilus niloticus) and 350 species of birds, including the endemic Udzungwa forest partridge (Xenoperdix udzungwensis) and the rufous winged sunbird (Nectarinia rufipennis). Because of this high density and diversity of species, the Selous Game Reserve is a natural habitat of outstanding importance for in-situ conservation of biological diversity.

Morogoro is a city in the Central Tanzania region of Tanzania. Morogoro is the administrative capital of Morogoro Region. It is located at least, two and a half hours from Dar es Salaam on a tarmac road. There are old German buildings in the city, that have not been demolished and that date to the colonial period. The city is located at the base of the Ulughuru Mountains, which make it an ideal base for hikers and campers. Get in. By plane: There is air service from Dar es Salaam to Morogoro provided by Auric Air. The schedule is not daily, however, so check their website for availability. Booking and payment can be made online. The Morogoro ‘airport’ is a grass airstrip in the Kihonda area. By train: The train station is close to the town centre and one of Morogoros original buildings. For travel to/from Dar es Salaam, bus service is much more convenient, but has other issues. By car: The roads from Morogoro to Dar es Salaam, Iringa, and Dodoma are paved and generally in good condition, making Morogoro relatively easy to get to by car. [read more]

Dar Es Salaam (Haven of Peace in Arabic) was founded in 1862 by Sultan Seyyid Majid of Zanzibar on the site of the village of Mzizima. Mzizima’s history dates back to when the Barawa people started to settle and cultivate the area around Mbwa Maji, Magogoni, Mjimwema, Gezaulole, and Kibonde Maji Mbagara. Dar es Salaam’s origins have been influenced by a myriad of Sultans, the Germans, and the British. The city started as a fishing village in the mid-19th century, is now Tanzania’s largest city, and has become one of East Africa’s most important ports and trading centres. With its great atmosphere, mix of African, Muslim, and South Asian influences, picturesque harbour, beaches, chaotic markets, and historical buildings, it is well worth extending your stay beyond the time between flights. Dar es Salaam is Tanzania’s financial and political hub despite having lost its status as the capital to Dodoma in 1973. Dar es Salaam is certainly not at the top of the list of places to see for most visitors to Tanzania. It’s often a necessary stop on their way to Zanzibar, the northern safari circuit or home, but Dar has its charm. [read more]