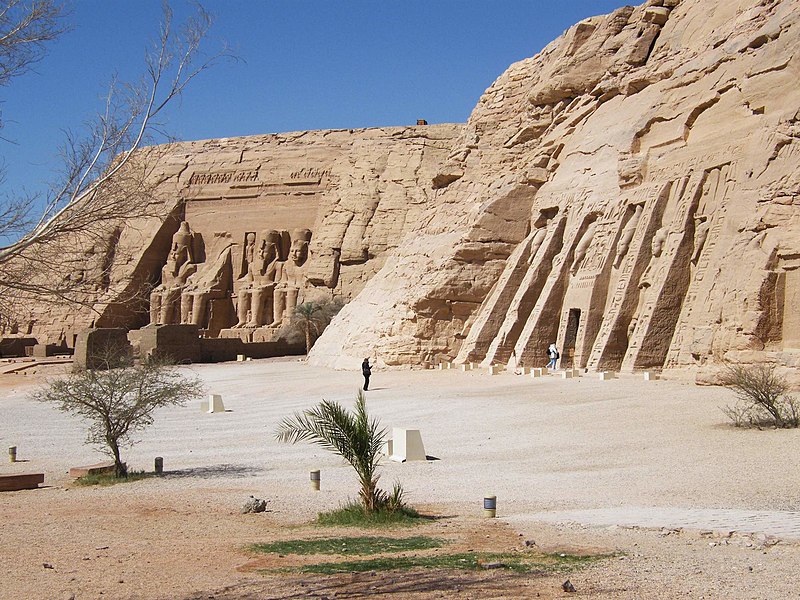 This outstanding archaeological area contains such magnificent monuments as the Temples of Ramses II at Abu Simbel and the Sanctuary of Isis at Philae, which were saved from the rising waters of the Nile thanks to the International Campaign launched by UNESCO, in 1960 to 1980. 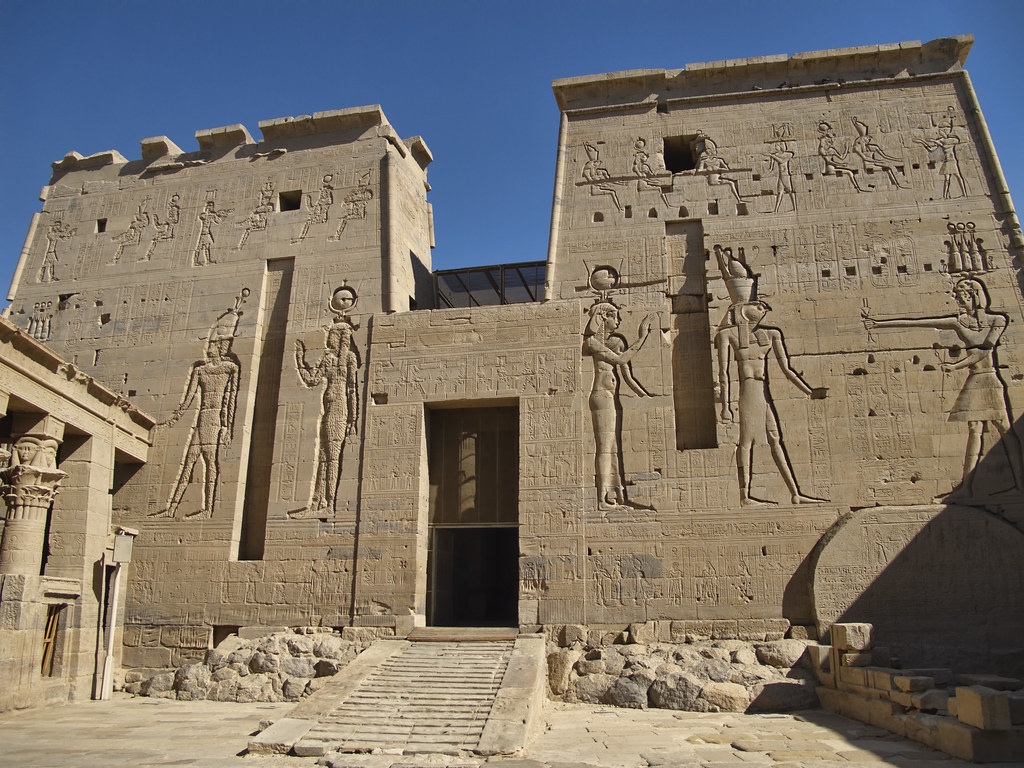 Aswan is a city in the south of Egypt, some 870 km south of Cairo, just below the Aswan Dam and Lake Nasser, with a population of 275,000. Aswan is far more relaxed and smaller than Cairo and Luxor. In the Neolithic era the tribes along the Nile began to combine, so that around 3500 BC there was a Kingdom of Upper Egypt from Aswan almost down to what is now Cairo, and a Kingdom of Lower Egypt which was the Delta. In 3100 BC King Narmer of Upper Egypt conquered the Delta and unified the kingdoms. Upstream of Aswan was inhabited but less important because the Nile was not navigable above the “First Cataract,” first of a series of six rapids and shallows across the Nubian Plateau. Egypt has always needed to harvest as much water as possible from the river, while controlling floods. A dam was therefore built across the First Cataract in 1902 [read more].

Kom Ombo is a town of some 60,000 people in Upper Egypt, 50 km north of Aswan. Kom Ombo sits in an irrigated basin on the east bank of the Nile, producing sugar cane and corn. The reason to visit is its temple, built from circa 180 BC into Roman times; there is sure to be much older building beneath this area that has not yet been excavated. The climate is hot desert, pleasantly warm in winter and blisteringly hot in summer. Imagine the slave labourers excavating and erecting the monumental stone in this heat. See Temple of Kom Ombo. An unusual double Temple of Sobek and of Haroeris built in the reign of Ptolemy VI (186-147 BC); there were earlier shrines but little remains of those. The temple was damaged in the earthquake of 1992 but has been repaired. You enter through a pylon on the west side into a courtyard of partly-coloured columns [read more].

Luxor (pronounced in Egyptian Arabic: lo’Sor) is the premier travel destination in Upper (southern) Egypt and the Nile Valley. The dynastic and religious capital of Middle Kingdom (circa 2050-1710 BCE) and New Kingdom (circa 1550-1080 BCE) Egypt, Luxor has much to offer the visitor, from vast temples, to ancient royal tombs, via spectacular desert and river scenery and a bustling modern life. Thebes, the world heritage listed old capital of Egypt, was on the west bank of the Nile at Luxor. Most of Luxor’s ruins and tombs are there. The modern city of Luxor is on the east bank. This area has the train and bus stations, most of the hotels and restaurants, some museums, tourist shops and so on. Most visitors (and almost all tour groups) stay on the east bank and travel across for the tourist sites.There are also some small hotels on the west bank, which has a more relaxed vibe, and many independent travellers stay there [read more].