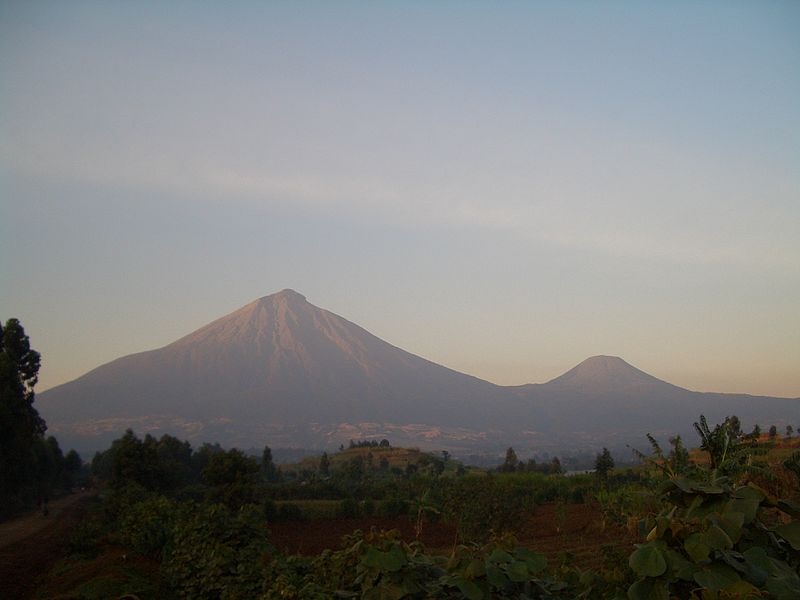 Located in south-western Uganda, at the junction of the plain and mountain forests, Bwindi Park covers 32,000 ha and is known for its exceptional biodiversity, with more than 160 species of trees and over 100 species of ferns. Many types of birds and butterflies can also be found there, as well as many endangered species, including the mountain gorilla. 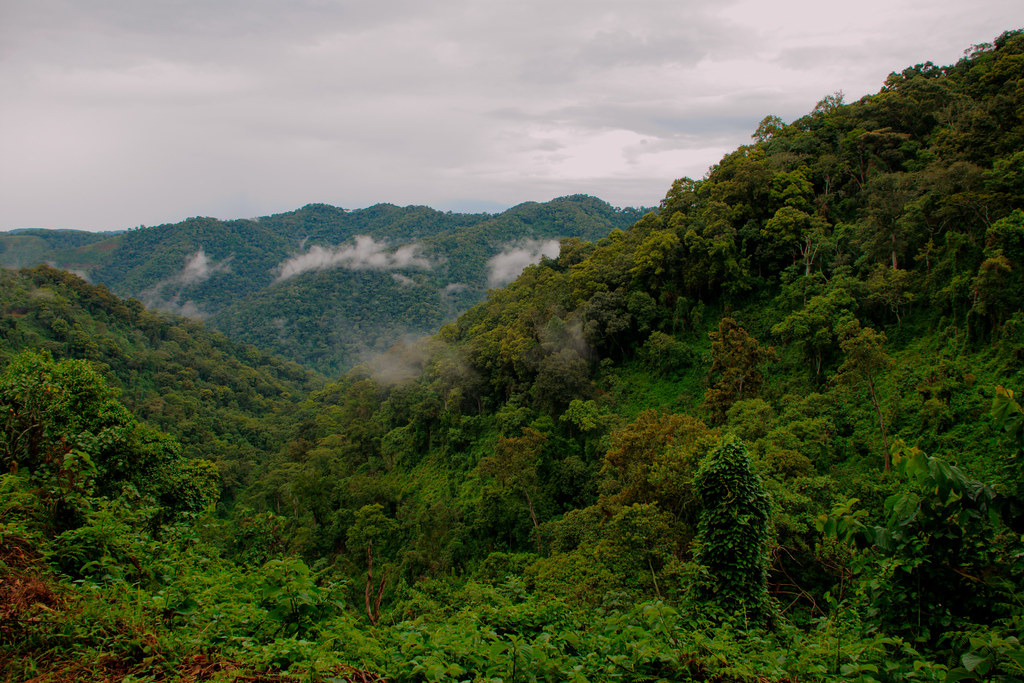 Bwindi Impenetrable National Park, covering 32,092 ha, is one of the largest areas in East Africa which still has Afromontane lowland forest extending to well within the montane forest belt. Located on the eastern edge of the Albertine Rift Valley and believed to be a Pleistocene refugium, the property is a biodiversity hotspot with possibly the greatest number of tree species for its altitude in East Africa. It is also host to a rich fauna including a number of endemic butterflies and one of the richest mammalian assemblages in Africa. Home to almost half of the world’s mountain gorilla population, the property represents a conservation frontline as an isolated forest of outstanding biological richness surrounded by an agricultural landscape supporting one of the highest rural population densities in tropical Africa. Community benefits arising from the mountain gorilla and other ecotourism may be the only hope for the future conservation of this unique site.

Criterion (vii): As a key site for biodiversity on the continent, the species richness occurring in this site, recognised also under criteria (x) below, can be considered as a superlative natural phenomenon.

Criterion (x): Due to its diverse habitats ranging from 1,160 to 2,706 m in altitude, location at the intersection of the Albertine, Congo Basin and Eastern Africa ecological zones, and probable role as a Pleistocene refugium, Bwindi is the most important area in Uganda for species due to an exceptional diversity that includes many Albertine Rift endemics. This forest is believed to be a mere remnant of a very large forest which once covered much of western Uganda, Rwanda, Burundi and eastern Democratic Republic of Congo (DRC). The property has the highest diversity of tree species (over 200 species including 10 endemics) and ferns (some 104 species) in East Africa, and maybe the most important forest in Africa for montane forest butterflies with 202 species (84% of the country’s total), including eight Albertine endemics. The forest is very significant as a home to almost half of the population (about 340) of the critically endangered mountain gorilla. With over 347 species of forest birds recorded in the Park,at least 70 out of 78 montane forest bird species occurring in the Albertine Rift region are found in the forest, and 22 of the 36 endemics. Overall, Bwindi hosts numerous globally threatened species including high-profile mammals such as mountain gorilla, chimpanzee, l’Hoest’s monkey and African elephant; birds such as African green broadbill, Grauer’s swamp warbler, Turner’s Eremomela, Chapin’s flycatcher and Shelley’s crimson-wing; and butterflies such as African giant swallowtail and Cream-banded swallowtail.

Kabale is a small city in Western Uganda near Lake Bunyonyi. Kabale’s about 420 km (260 mi), by road, southwest of Kampala, Uganda’s capital and largest city and lies 2,000 m (6,600 ft) above sea level. Kabale is a market town and a transport hub as the main road from Kampala continues through the town, to the border with Rwanda at Katuna, 10 km (6.2 mi) south of Kabale. Another road continues westwards to Kisoro, where travellers may continue to either the Democratic Republic of the Congo or the Rwandan town of Ruhengeri. Kabale is often used as a stop-off point for people visiting Lake Bunyonyi but is a far less convenient base than Kisoro for those who want to visit the two parks famous for mountain gorilla tracking: Mgahinga National Park and Bwindi Impenetrable National Park. The Virunga Mountains along the Rwandan border are visible from the town. Horizon and Gateway buses have buses to and from Kampala takes around 8 hours [read more].

Bushenyi is a town in Western Uganda. It is the ‘chief town’ of Bushenyi District and the district headquarters are located there. The district is named after the town, in keeping with the practice in most of the districts in the country. The following points of interest lie in the town or near the town limits: (a) the headquarters of Bushenyi District Administration (b) the offices of Bushenyi–Ishaka Town Council (c) Bushenyi Central Market, the largest source of fresh produce in the town. Also located here is Ishaka Adventist Hospital, a 120-bed health facility administered by the Adventist Church. National Social Security Fund, maintains a branch in this town. A number of Ugandan commercial banks, including Centenary Bank, Finance Trust Bank, DFCU Bank and Stanbic Bank Uganda maintain branches in the town. The Western Campus of Kampala International University, including its 500-bed teaching hospital, are located here. Other notable educational institutions include Bweranyangi Girls’ Senior Secondary School, a residential all-girls middle and high school and Uganda Technical College, Bushenyi [read more].

Mbarara is a city in Western Uganda. From the bus park Global Coaches and Swift Safaris have buses to Kampala. from the same bus park there are Bismarkan coaches going to Kabale USh 15,000. From out side the post office the Post bus goes to Kampala at 9:30AM. and to Kabale at 12:30PM. there are also 14 seat vans going from the bus park to Kasese for USh 20,000. Taxis and motorcycle boda-boda’s are available. a ride any where in down town on a boda-boda cost USh 1000 [read more].