One of nature’s greatest sights is looking healthy once again. After a testing summer period, Victoria Falls is now inundated with torrents of water.

The majestic beauty of the top 6 waterfalls below will surely make you captivated. Let’s see it with Break!

Source: Top 6 most majestic waterfalls in the world – Break.com

Sophie discussed him in hushed tones, out of earshot of anyone else. Always the conversations were the same: “one day, maybe…,” swiftly followed by…

Source: How the fall of Mugabe allowed Zimbabwe to reclaim the future of its tourism – Zimbabwe Situation

The KAZA project is the largest cross-border natural reserve on the planet. But the fight for conservation in some of the poorest regions of southern Africa has many challenges, including finding the right balance between tourism and wildlife protection.

Source: Tourism And Conservation In South Africa Is A Constant Struggle | Star2.com 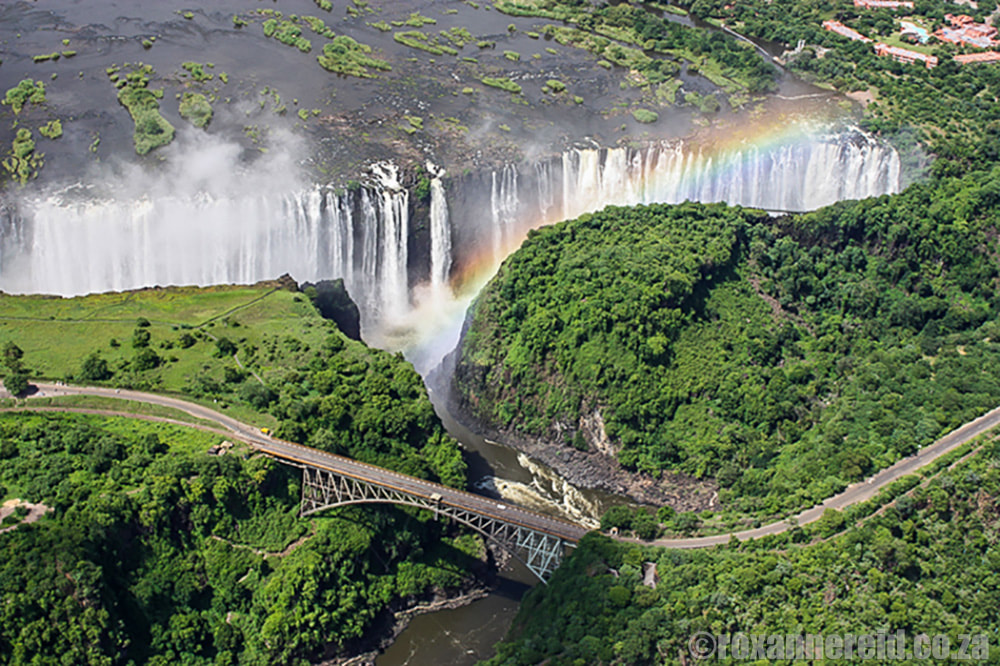 These beautiful waterfalls can be found across all continents, from coast to coast.

The Iguazu Falls are one of the best awe-inspiring sights in the world. They are located in Iguazú National Park, which is shared by both Argentina and Brazil. The falls were discovered in 1541 by a Spanish explorer known as Alvar Núnez Cabeza de Vaca. Their beauty recently earned a place as one of the 7 Natural Wonders of Nature. Tourists have the unique opportunity of experiencing panoramic views from the Iguazu Falls footbridge.

Victoria Falls is much more than just a mesmerising 100-metre plunge down a cliff. As a £120m airport opens nearby, Samuel Fishwick falls for its thrills and spills.

Not much makes a 13-hour-and-40-minute journey fly by. Still, after departing from Heathrow Airport and arriving via a transfer at Johannesburg Airport, my first sight of Victoria Falls puts it all in perspective. Rumbling between Zimbabwe and Zambia, where the two nations meet, the world’s largest sheet of falling water has taken 150 million years to form, thundering between rock faces as if trying to escape their outstretched arms.

Straddling the border between Zambia and Zimbabwe, Victoria Falls is a force of nature – a force so strong people cross continents to witness it.

For many years visiting this Unesco World Heritage Site has not been particularly straightforward, thanks largely to the region’s creaking infrastructure. But that is set to change with the opening of Victoria Falls International Airport.

Unveiled last week, the US$150 million airport is capable of handling around 1.5 million passengers annually and its smooth new runway can accommodate some of the world’s largest jets – raising the prospect of new direct international flights to Victoria Falls.

Opening the airport on Friday – amid accusations that his security personnel had abducted six anti-government activists – was Zimbabwe president Robert Mugabe.