From sea to sky, KwaZulu-Natal (KZN) shines like no other South African province – its 600km-long, beach-lined coast is an unparalleled playground for visitors and locals alike…

KwaZulu-Natal is a province in South Africa absolutely teeming with exciting and diverse attractions. Located in the south east of the country, it borders three other countries – Mozambique, Swaziland, and Lesotho. Its capital is Pietermaritzburg, and the largest city is Durban. KwaZulu-Natal has a long, beautiful shoreline of outstanding beaches on the Indian Ocean, as well as game reserves, historic battlefields, dramatic mountain ranges, and ecologically important wetlands.

The following is a list of great places to see in KwaZulu-Natal while on your South Africa vacation.

Durban is South Africa’s third-largest city and a semi-tropical urban metropolis. Durban’s downtown area is a mix of grandiose colonial buildings and Art Deco architecture. It is a very important tourist centre because of its warm, subtropical climate and excellent sandy beaches. 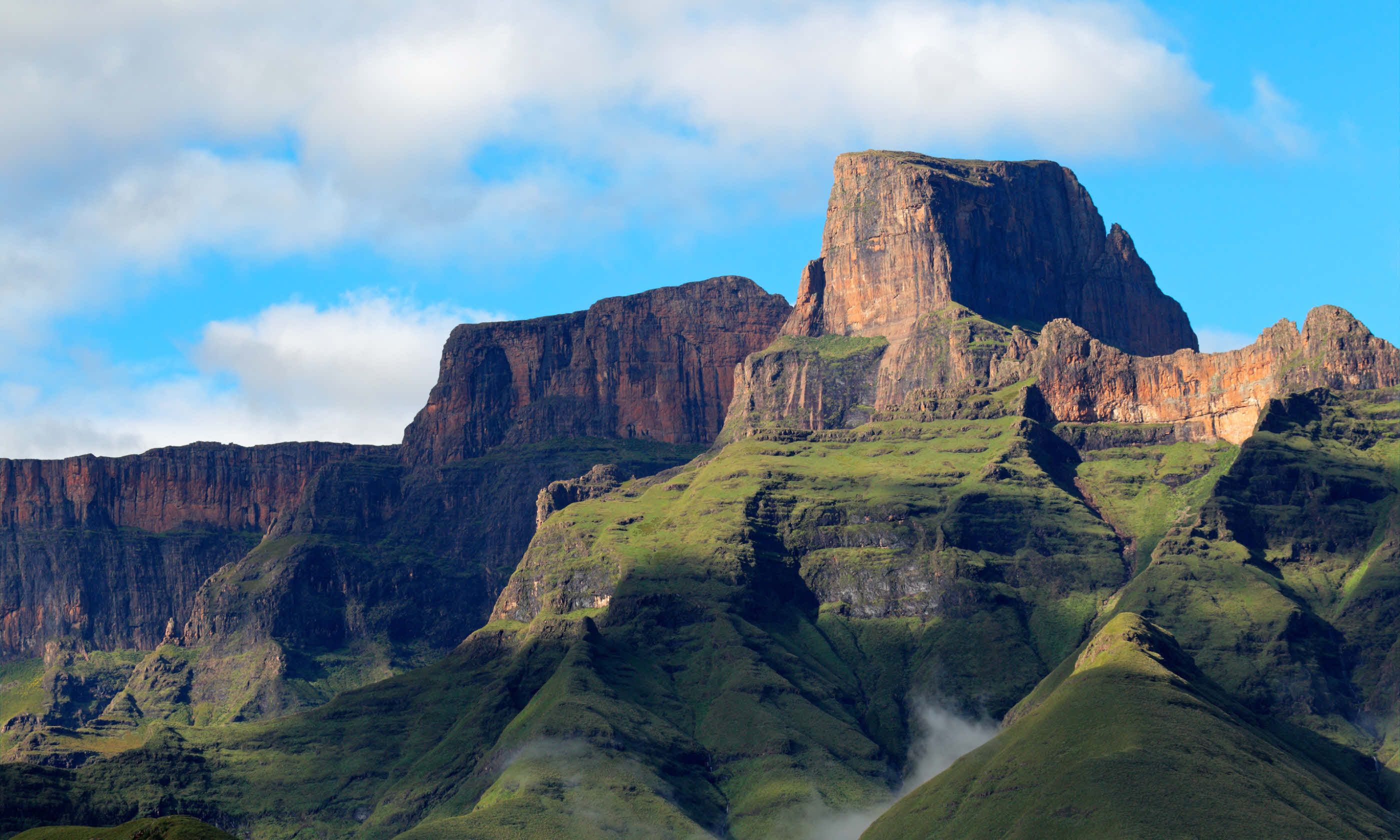 Looking out the cage into the deep blue sea a shark emerges from the murky depths.

The creature’s grey skin shimmers in the water with its beady white eyes seemingly fixated on me.

It gets closer and within seconds I am face-to-face with the two metre long predator.

More swim towards me and before I know it a dozen others are now circling the cage.

While my heart is racing, the initial terror soon gives way to awe as the black tip sharks majestically glide around me.

A terrifying, but absolutely exhilarating half-an-hour, it is one of the many reasons why South Africa is just simply breathaking.

In 1972 the United National Education, Science and Cultural Organisation (UNESCO) adopted its Convention Concerning the Protection of the World Cultural and Natural Heritage leading to its famous list of world heritage sites, an inventory of sites considered of outstanding universal value.

More than 1,000 sites are now included on this prestigious list. Italy has the most sites listed, with 53 entries, France is in fourth place with 43 sites, but some countries in the southern hemisphere, such as Rwanda and Liberia, have none.