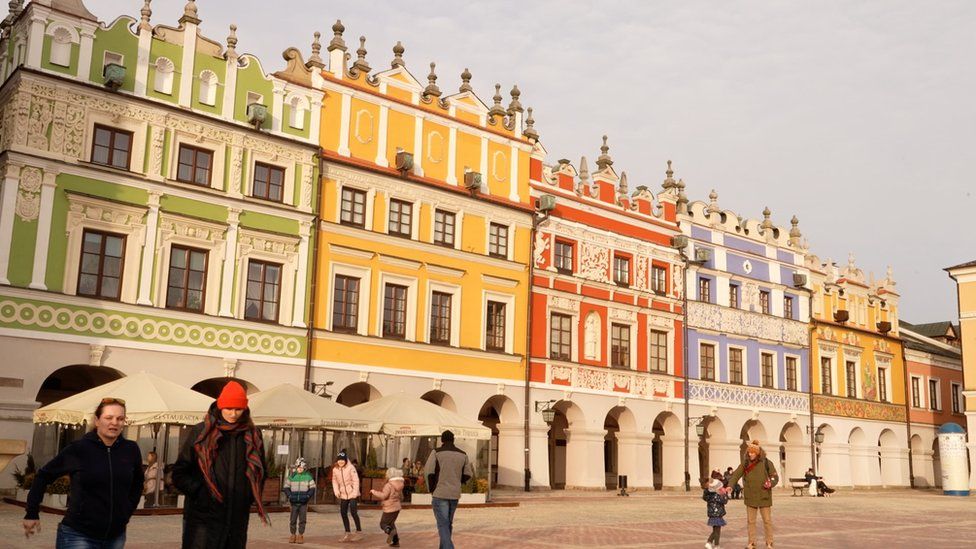 The eastern town of Zamosc has welcomed thousands of refugees but locals wonder how long they can cope.

Zamosc, Poland – a perfect Renaissance town and the UNESCO gem; Kami; My Wanderlust

Zamosc, Poland was designed as a perfect Renaissance town. Here you will find all about visiting Zamosc, a real UNESCO gem.

Around the world in 75 UNESCO World Heritage Sites; MSN 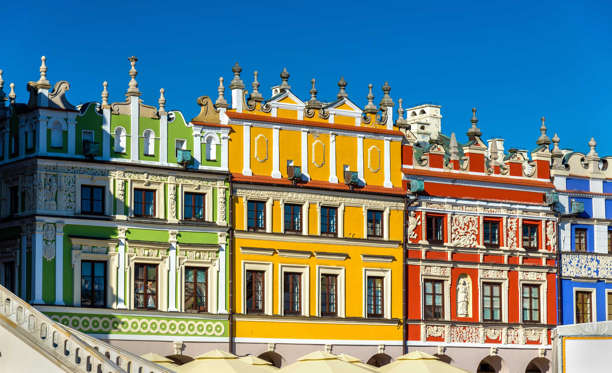 Situated on the border of Zambia and Zimbabwe, this 354-feet-high (108 meters) waterfall is part of the Zambezi River. It produces the largest curtain of falling water anywhere on the planet.

One of the oldest continually-inhabited cities on the planet, Sana’a’s Old City is packed with stunning geometrically-patterned architecture dating back to the 11th century.

Once the center of the Hanseatic League’s trading empire, today Bryggen is a bustling town famed for the colorful commercial buildings that line Vågen harbor.

Featuring wooden architecture from the 18th century, this port town is the best surviving example of a planned British colonial settlement in North America.

Of vital strategic importance in the colonial Portuguese-Spanish wars of the 17th and 18th centuries, the city has a beautifully preserved Old Quarter boasting winding cobbled streets with colonial-era architecture.

Situated on the hills of the Tormes river, Salamanca is famous for its Romanesque, Gothic, Moorish, Renaissance and Baroque monuments.

Photos of the Most Colorful Towns in the World; Meghan Jones; Reader’s Digest 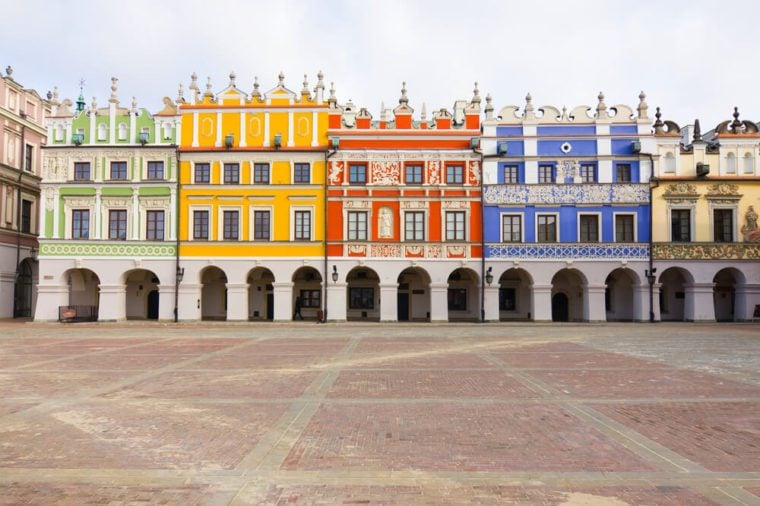 From the mountains of Morocco to the beaches of Australia, these stunning, multicolored metropoles will make you want to pack your bags.

Cinque Terre, or “Five Lands,” is the name given to not one but five stunning villages perched along the Italian Riviera. Each village has its own character, but they all boast an incredible array of pastel-colored houses. Cinque Terre is situated inside a national park near Tuscany, so cars are a rare sight! Most of the 2.4 million tourists who visit per year arrive by boat. Once they get there, they mainly walk, taking in the sights of the Riviera along the seven-and-a-half-mile hiking trail. Check out some of America’s most picturesque hiking spots.

In Kampung Pelangi, it’s not just the houses that are rainbow-colored. Everything from the awnings to the fences in this village is bedecked with rainbow hues. In mid-2017, the town underwent a major makeover in hopes of drawing more tourists. According to Architectural Digest, every house in the village was required to have no fewer than three colors represented.

Source: Photos of the Most Colorful Towns in the World | Reader’s Digest