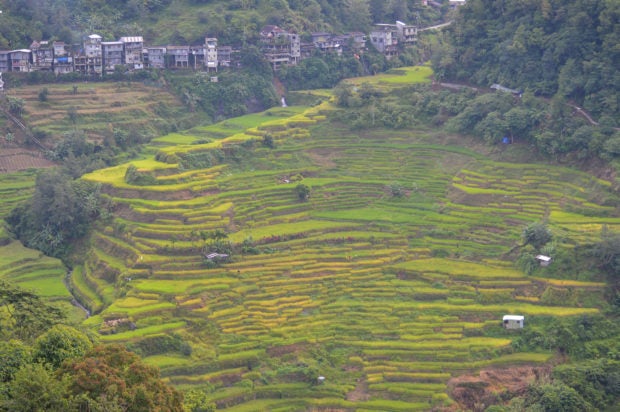 As fog creeps up the contours of the mountainside at daybreak, Miguel Tumucal fixes his gaze on the stair-shaped edges of the vast farmland. 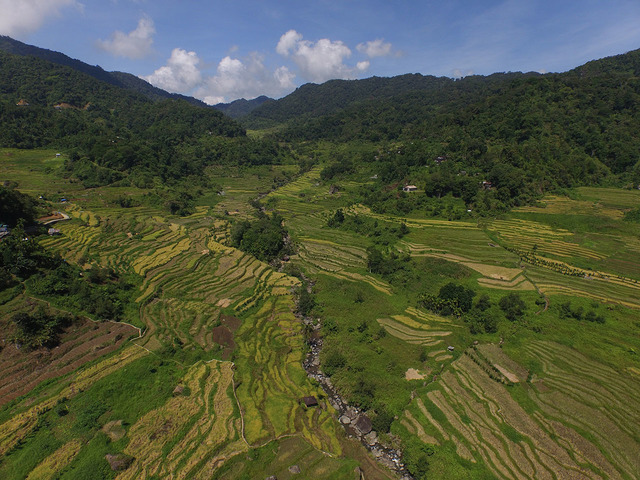 Source: Demystifying the age of the Ifugao Rice Terraces to decolonize history

‘We now recognize that our claim that they were introduced 2000 years ago by the Chinese is misleading,’ the travel guide says…

Lonely Planet, an online travel publisher, apologized for its video claiming that it was the Chinese who built the picturesque Banaue Rice Terraces in the province of Ifugao. However, it was only expressed as a response to a tweet of a concerned user. Twitter user @AltPCOOSec brought up the concern on March 31 with screenshots […] 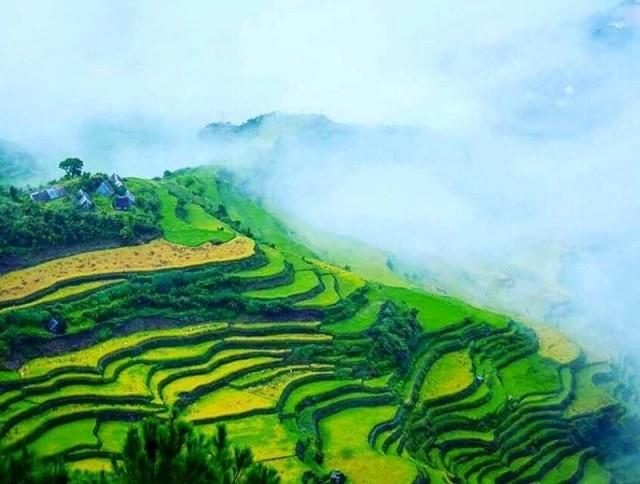 Source: Searching for hidden treasure in the magical place of Bontoc The quiet town of Hungduan prides itself for being among one of the five clusters of Ifugao Rice Terraces inscribed in the UNESCO World Heritage Site list since 1995. Situated west of the Banawe, it…

Source: Hungduan: Travel Guide, How to Get There, Where to Stay, Activities & More

The Philippines is a dream destination, with over 7000 islands surrounded by stunning beaches. Not to mention the alluring green rice fields and diverse history to discover. There are so many beautiful places in the Philippines! So when I put the call out to my fellow travel bloggers to send me their favourite beautiful places I wasn’t disappointed. If you’re planning a trip to the Philippines then you wouldn’t be disappointed if you start with this list!

By Anastasia of Gallivant Girl

Bohol has an abundance of beautiful sights, but the island is perhaps most famous for it’s Chocolate Hills. The Bohol province has 1000+ hills are covered in grass which turn a rich brown colour (like chocolate!) during the dry season, which gives the hills their name. Bohol is also well known for its population of tarsiers – tiny and terrifically cute fluffy tree-dwelling primates which you can see at the island’s Tarsier Sanctuary.

The island has activities and sights for everyone.

Read more from source: 16 of the Most Beautiful Places in the Philippines – Migrating Miss

After a few years of travelling, it still amazes me how even after 10-hour bus rides, there are still some places that can make you forget you need to pee. Batad in Ifugao has always been one of them for me. I’ve never been so enthralled by a collection of stairs, one that also happens to be a UNESCO World Heritage site. So enchanting it is, in fact, that we just had to include a picture of it in our local currency.

My first solo trip to see the 20-peso wonder

Actually, it is worth so much more.

Getting to Banaue is easy. There is a variety of buses that offer direct routes. Ohayami Trans happens to offer online reservation and purchasing of tickets so it was a clear option. I highly suggest booking ahead since Banaue is a very popular destination among backpackers and Ohayami Trans has a very small station that easily gets crowded, especially during long weekends. Banaue-bound busses usually set off at night given the 10-hour one way ride.

Read more from source: A solo roadtrip to see one of the wonders of the world

When Mustafa visited the Philippines, he was not expecting to be impressed by the beauty of a small village called Batad.

Very different from what he was accustomed to in Oman, Batad is located at a very remote place about 16 hours away from Manila, the country’s capital, surrounded by lush forest with the village only accessible by almost an hour of trekking. The village’s population is around 1500.

Here, for centuries, many of the traditional ways of living are still practiced but if there is something the people of Batad are very proud of, it’s their UNESCO World Heritage Site Rice Terraces.

From a small house that served as his home, Mustafa gets to see what the Filipinos would call their ‘Stairway to Heaven’ as the rice paddies were carved out from the mountains and formed stairs that seemingly lead towards the sky.

“I have visited over 35 countries, but I have not seen a village like Batad,” Mustafa said on a video he shared on Youtube in his account Mstafa_om.

The Banaue Rice Terraces, a UNESCO Heritage site in the mountains of Northern Luzon, were built around 2000 years ago. Rupert Parker sets out to explore them.

The Ifugao, the indigenous people who live in this region, believe their ancestors constructed the terraces. They’re frequently called the “Eighth Wonder of the World” and were built by hand, using mud and stones. They’re irrigated from above, and if laid end to end, would encircle half the globe. As well as planting and harvesting the rice, maintenance is a year round occupation for the Ifugao.

It’s a ten hour drive from the Philippine capital of Manila, mainly flat, though open countryside, but finally the road begins to climb as it reaches the Cordillera, a series of spiny mountains that reach around 2900m. It narrows and negotiates the gradients in a series of long curves.

Farmland stacks to the sky on a trek through the Ifugao Rice Terraces.

Be careful for this one,” says Jonathan Domondon as he delicately steps over a thorny branch fallen across the trail. “We call it lupa. If it touches your skin, it will cause a severe rash, bad fever, and you’ll be sick for days. Our forefathers blocked the trails with lupa to stop the Japanese invasion in World War II.”

Jonathan—26 years old, wearing shorts and a T-shirt—is our guide and a trained naturalist. He knows every plant along our path through the Cordillera Central on the northern Philippine island of Luzon. This hollow-trunked fern is used to channel water; that soft-leafed fern is boiled for medicinal use. There are wild grapes, wild strawberries, wild onions.

As travelers from around the world seek out the warmth of the Pinoy welcome, a guide to the most-visited and lesser-known but equally charming destinations can prove useful – even to Filipinos coming home for the holiday season.

GoodNewsPilipinas put together this list of top popular and new destination finds that would give you the best of what the Philippine islands have to offer especially this Christmas season, based on the year’s best good news stories about the beauty of the Philippines.

THESE ARE 10 PHL VACATION SPOTS YOU CAN VISIT THIS CHRISTMAS:

National Geographic Travel has identified the Philippines as one of the 10 Places That Deserve More Travelers, citing the “blindingly green” view of the 2,000 year-old Banaue Rice Terraces in North Luzon – a UNESCO World Heritage site.

Who would have thought that the process of growing rice was so beautiful?

Batad is a small village located in the Cordillera mountains of Northern Luzon in the Philippines. It is beautiful, remote, historically significant, and getting there involves a hike through the mountains. Naturally, it was my kind of adventure.

There are many small villages in the Philippines – I would suspect thousands – but the reason that this one is so special is because of its rice terraces.

Carved into the side of steep mountains, the incredible Batad rice terraces are over 2,200 years old (!) and are, rightly so, a UNESCO World Heritage Site. They are a marvel of engineering, even more so because of their age. And they are also stunningly beautiful.

Banaue, a town located in Ifugao Province in Northern Philippines, is famous for its 2,000-year old rice terraces, which are sometimes dubbed a “stairway” to heaven because they look like a flight of stairs from the base of the mountains to its highest point. The Banaue Rice Terraces are a UNESCO World Heritage Site because it demonstrates the rich indigenous knowledge of the Ifugaos, who built the terraces without the aid of modern equipment and tools. Come and discover the rich culture that can be experienced beyond the rice terraces.

One of the best views of the majestic Banaue Rice Terraces can be found a few kilometers away from the town center at the Barangay (Village) Viewpoint. It is named as such because visitors can see the rice terraces in all its splendor.Read more

Batad and Hungduan may not be the name on everybody’s lips when it comes to Northern adventures, but they are proof that there is always merit in trying something new.

We’ve long seen it atop best places lists for adventure travel, but the past couple of years have sent the Ifugao province to the top of must-see destination rosters. But before its rise to thrumming cultural center and before Angelica Panganiban famously lamented: “where do broken hearts go?” into a foggy abyss, the Northern province was simply a patchwork of sleepy mountainside villages whose pristine landscapes have now been listed as UNESCO World Heritage sites.