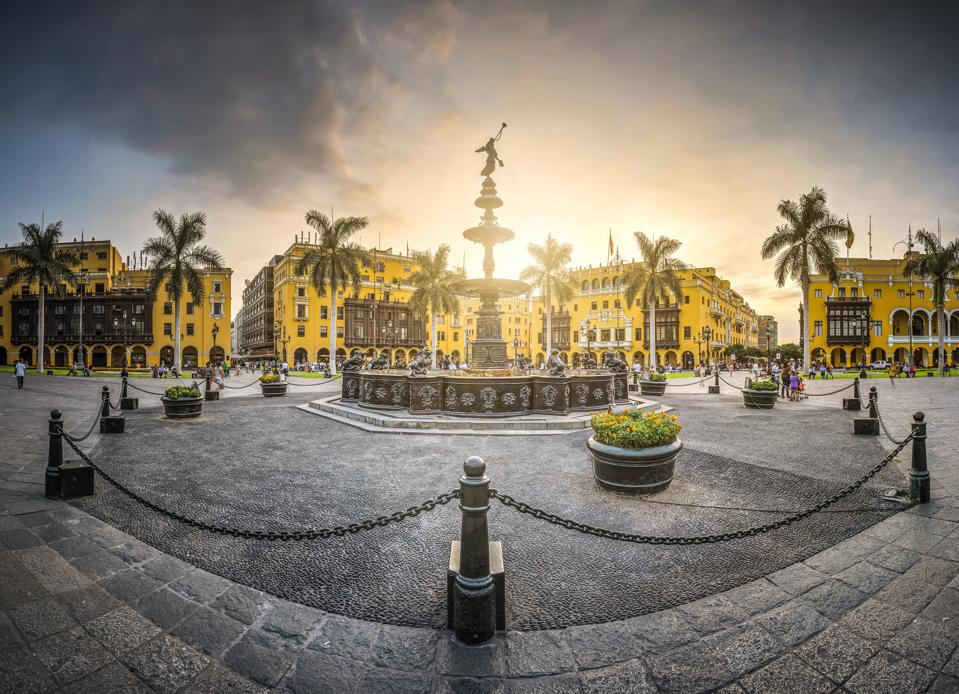 Many visitor’s to Peru skip exploring Lima, the capital city, in their excitement to get to Cuzco, the former capital of the Inca Empire, and Machu Picchu, South America’s main attraction. This would be a mistake.

Source: Spotlight On Peru: Why You Should Visit Lima, The City Of Kings 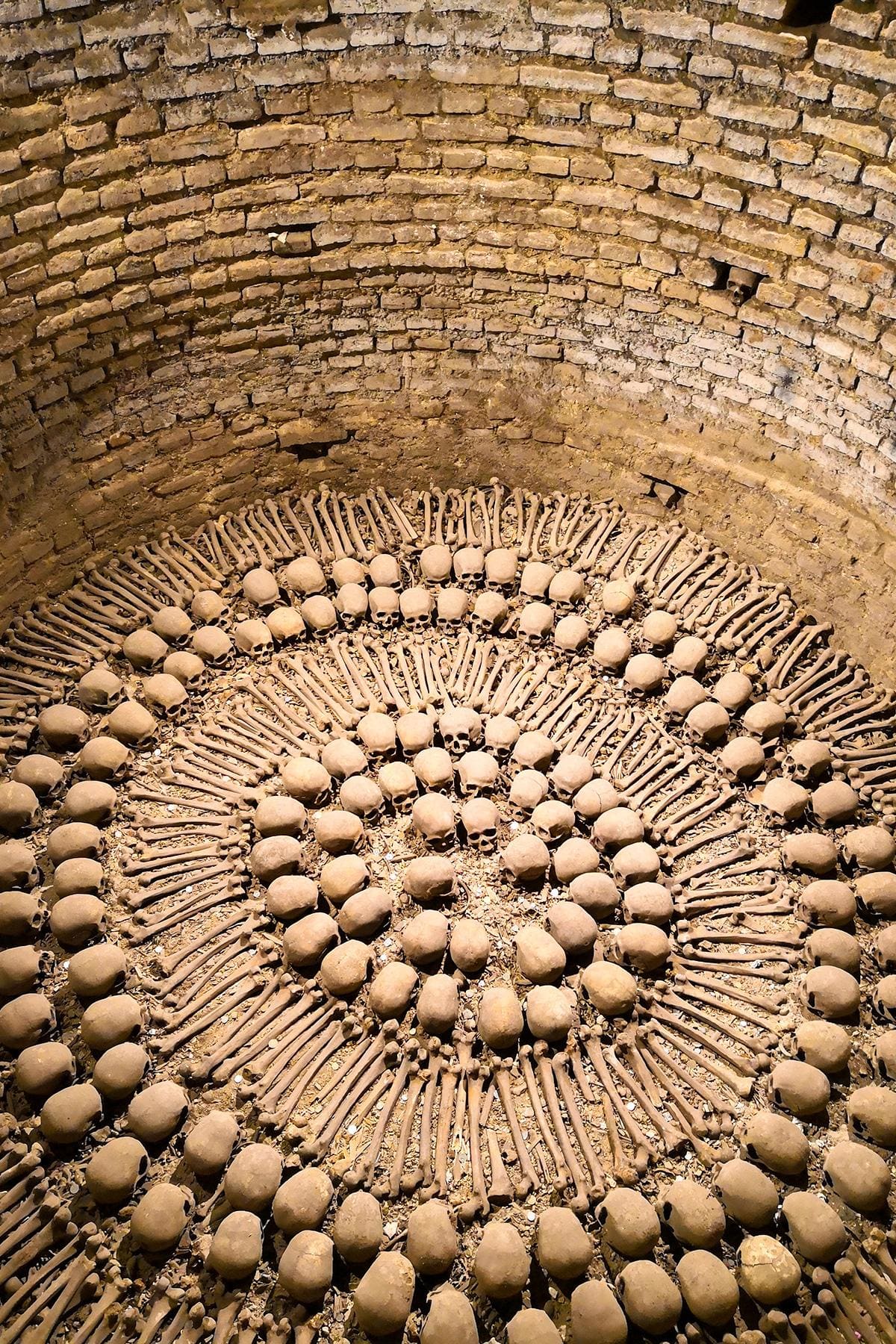 Peru, in all its awe-inspiring glory, is a magical, mystical place still full of mystery, with foods, animals, history, and customs you may have never heard of. Honeymooners and tourists flock to Macchu Picchu for its majestic views of an abandoned Incan citadel in the sky amongst rolling green hills—the reason for its creation unknown. The incredible sprawling Nazca desert lines that can only be viewed aerially remain one of the world’s greatest mysteries. Drink pisco sours, enjoy the fresh ceviche, and explore all that is weird, creepy…

Source: 11 Weird and Wonderful Things to See and Do in Peru

From some of the world’s finest restaurants to a wealth of ancient culture, Peru’s capital is a colourful blend

Lima, the multicultural, frenetic, capital city of Peru, situated on the Pacific Ocean, was the royal capital of the Spanish in the past. Founded in 1535 by the Spanish conquistador Francisco Pizarro, today Lima’s colonial buildings with carved wooden balconies and Spanish Baroque architecture are juxtaposed against Pre-Columbian sites and modern high-rise buildings.

The city laid out in grids with green plazas, statues and fountains has come out of its turbulent history and has emerged as a gastronomic capital of South America with many world renowned chefs and restaurants on the list of 50 best restaurants of the world, besides a Food festival called Mistura.

Lima has several archaeological sites both within and around the city and pyramid mounds known as huacas, Catholic churches and monasteries and an art district called Barranco with vibrant street art and art and craft galleries.

Source: Where to eat, sleep and shop in Lima, Peru

It’s rare these days to find a destination where you can go from a downtown setting to literally being lost in the jungle in a matter of hours. But Peru does just that; a country which blends a diverse mixture of cultures, from the high plateaus of the Andes to the jungles surrounding the Amazon. And it’s wildlife is as colorful and vibrant as its cities and culture too.

Peru has the uncanny ability to reconnect us with nature while still providing modern conveniences and the luxury comforts of home. Ancient sacred traditions dating back centuries are not lost but are rather celebrated, and made accessible through modern technologies and advances.

Peru’s cuisine is as complex as it is delicious due to the large diversity of culture.

I currently work at ISA as a Latin America Program Manager, but my time with ISA first started as a student. As an undergrad, I decided to enhance my Spanish and Global Studies degree by spending a semester in Peru. Why Peru? I may not have been your average student, but I actually chose Peru for its intriguing political past and wanted to conduct research on the internal war that took place there from 1980 to 2000. Like I said, not your typical student.

Despite my unusual motives, ISA’s semester program met all of my high standards for a study abroad program. Courses taught in Spanish, with locals, in various disciplines, at a top-rated university? Check. Housing options that would allow me to live with locals? Check. Staff support so I didn’t feel lost throughout the process? Check.

With its burgeoning food and creative scenes, incredible hotels, exceptional architecture, and natural beauty, this South American metropolis is impossible to ignore.

Machu Picchu may be on every traveler’s bucket list, but Lima is coming into the spotlight as Peru’s modern, must-visit city. The historic city center is a UNESCO World Heritage Site lined with brightly colored colonial buildings and ornate churches, pre-Columbian pyramids offer a glimpse into the city’s past, El Malécon boasts stunning views of the Pacific coastline, and the bohemian neighborhood of Barranco is full of trendy galleries, shops, and bars. Plus, the city is a gourmand’s paradise, with an incredible array of restaurants by some of the world’s best chefs. Ahead, what to do when you touch down.

After 7 days in the Sacred Valley / Cusco, it was finally time to begin our journey back home to reality…

When I originally booked our lie flat seats to Peru, I booked us leaving Cusco on a Sunday about 3pm arriving at Lima in the late afternoon.  That gave us a half day in Lima before our flight Monday morning back to Washington DC.  As our plans firmed up a little bit more, I realized that we would have plenty of time in Cusco and I’d rather have more time in Lima, so I tried to move our CUZ-LIM flight to earlier in the day.  I had booked with Alaska miles, which allows free changes on awards, but for some reason there was ZERO availability on any of the TEN DAILY CUZ-LIM flights for most of the summer.