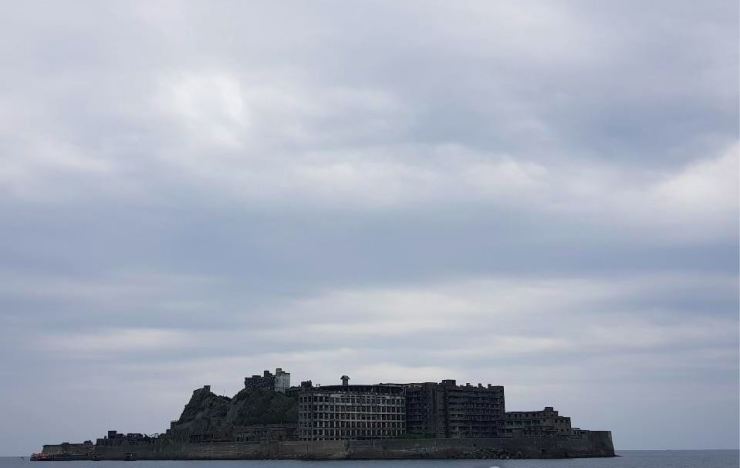 Whether inspiring nostalgia, longing or a sense of loss, abandoned structures continue to fascinate.

Source: How ruins show us a darker side of architecture

The 2017 South Korean film, “The Battleship Island,” has yet to receive a theatrical release in Japan, even though it’s set on Hashima, more commonly known…

These are incredible places on Earth where time stands still.

Source: 15 Incredible Places on Earth That Are Frozen in Time 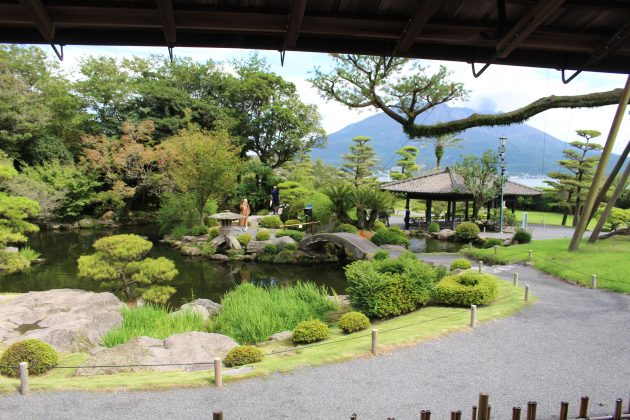 From hot springs and volcanoes to a unique food culture, Kyushu is a must-do destination for fans going to the 2019 Rugby World Cup…

Source: Kyushu, a must-do destination for fans going to the 2019 Rugby World Cup 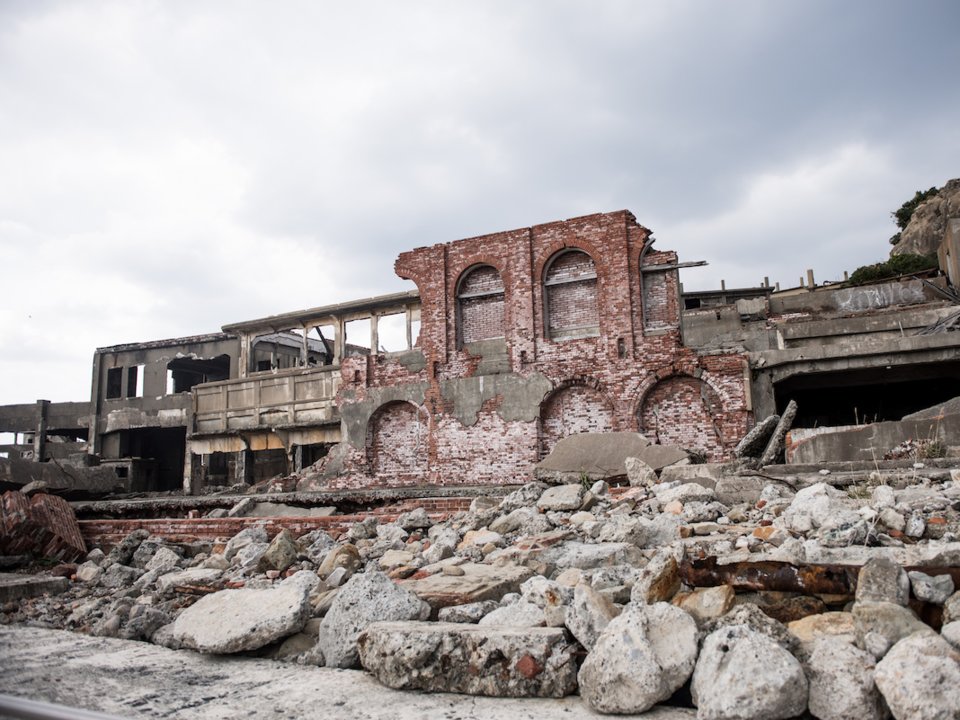 There’s something both intriguing and eerie about abandoned cities. They make you wonder what could have happened to make an entire city pick up and leave. Here are eight abandoned cities around the world and the stories behind them.

Source: 8 abandoned cities around the world — and the eerie stories behind them 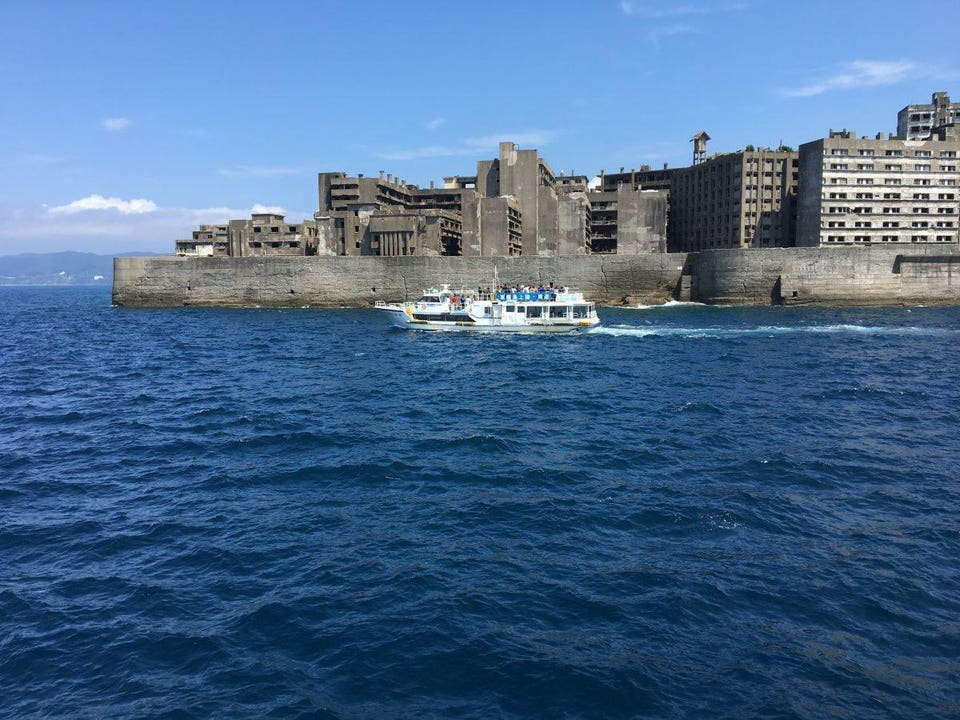 Gunkanjima, also known as Hashima or ‘Ghost’ Island, was once a thriving coal-mining operation with more than 5,200 inhabitants. When the coal ran out in 1974, the mysterious place was totally abandoned.

Source: Is Japan’s ‘Ghost Island’ (Gunkanjima) As Mysterious As It Looks? We Found Out 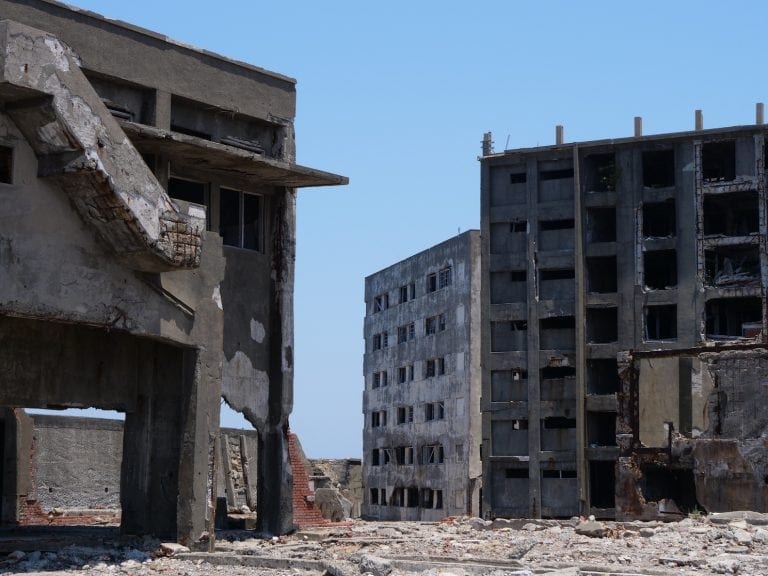 Source: HASHIMA – BRUTAL HISTORY AND THE MOST HAUNTED ISLAND ON EARTH

Photographer Kenji Sato is always on the lookout for a weird locale to capture in his lens, and is prepared to travel the world to find it.

For a change, he didn’t have to venture too far. Sato, 39, found what he was looking for in the abandoned coal-mining island of Hashima, nicknamed “Gunkanjima,” or Battleship Island, because its silhouette resembles a warship.

Sato’s new photo book, titled “The Island: Gunkanjima,” is his effort to preserve a sense of the decaying concrete buildings before they are lost forever.

“I don’t know whether the current sights can last another five or 10 years,” said the Tokyo-based photographer. “I wanted to preserve the sights now for the future.”

Sato has made a career out of photographing ruins–the weirder the better–around the world, and is well known for his book “Kikai Isan” (“The Wonderland’s Heritage”) dedicated to bizarre places, and other works.

Do yourself a favour and get off the main island when you’re on a Japan vacation. In particular, head to Kyushu, the nation’s southernmost major island.

There are four major islands in Japan, but most people don’t make it off the main island, Honshu. We get it. Honshu has Tokyo, Osaka, Kyoto, and Kobe, and that’s not even getting to any of the smaller centres like Takayama or Nikko that are charming beyond all measure. That being said, do yourself the favour and get off the main island when you’re on a Japan vacation. In particular, head to Kyushu, the nation’s southernmost major island.

Kyushu is largely defined by three things: volcanoes, historical sites, and food. Geographically, the island is covered in volcanoes, which makes it abound with natural hot springs. Historically, the island was a major trading port due to its proximity to China and the Korean Peninsula. European traders would connect to Japan through Nagasaki via Macao and Hong Kong, making Kyushu the point of contact for far-flung foreigners.

Source: Reasons to Add the Southernmost Island of Kyushu to Your Japan Vacation | Goway

There is something intriguing and almost mystical about islands. Perhaps this is due to the fact that they are often far away from our ‘real lives’. Set on their own, it takes exploration and purpose to visit these isolated places. Of course many of us live on islands or like to vacation on them. But the islands that we’re talking about are the ones which are still virtually unknown. Ones which have something special! Take a look at these 10 incredible islands and you’ll see just what we mean!

The home of the ‘Sentineles’e tribe for 60,000 years, North Sentinel cannot be visited as anyone who sets foot there will be met by spears and arrows!

“Battleship Island,” as it’s known, has a tale almost dramatic as the plot of ‘Skyfall.’

IN THE 2012 James Bond film Skyfall, Daniel Craig’s 007 is lured—by a mysterious woman, naturally—to the island lair of the villainous Raoul Silva, a former MI6 agent gone rogue. Silva, the story goes, took over the island after hacking into the computers of the local chemical plant and simulating a leak, forcing the panicked inhabitants to flee overnight.

The real story of Hashima Island, which lies off the coast of Nagasaki in the East China Sea, is almost as dramatic. From the 1880s until 1974, when it was abruptly abandoned, the tiny island was a major Japanese coal mine, with tunnels stretching almost 2,000 feet under the earth.

Japan plans to make public some testimony denying that Koreans were forced to work under harsh conditions during World War II at what is now a UNESCO World Cultural Heritage site, government sources have said.

The controversial move could draw an angry rebuke from Seoul, which maintains that Korean workers were forced to toil in the Hashima Coal Mine off Nagasaki, on what is now known as Gunkanjima (“Battleship Island”), when the Korean Peninsula was under Japanese colonial rule between 1910 and 1945.

When the island was listed as a World Cultural Heritage site in 2015, Tokyo promised Seoul it would exhibit the history of Koreans forced to work there. Japan may continue to collect more testimony, potentially including acknowledgements of forced labor.

South Korea expressed regret Tuesday over Japan’s disregard for its previous vow to honor the victims of colonial-era forced labor in its managing of UNESCO World Heritage-listed industrial facilities.

“The government expresses regret over the implementation report that Japan recently submitted as part of its follow-up measures on the world heritage listing of its modern industrial facilities,” Seoul’s Foreign Ministry said in a commentary issued in the name of its spokesman.

“The government urges Japan to take measures sincerely and swiftly as it promised the international community to remember the victims of its forced hard labor,” it added.

The commentary follows Tokyo’s decision to submit an 851-page report to UNESCO, which pushes for the installation of an information center for modern industrial facilities in Tokyo.

Best known for being the site of the second and last nuclear weapon detonated as a weapon, Nagasaki is filled with Unesco sites, beautiful scenery, interesting islands and quirky dishes.

Nagasaki in Kyushu, southern Japan is famous for what happened during the second world war at 11.02 am on August 9, 1945, but while the accounts of how its citizens coped with the nuclear fallout are astonishing, this city of 1.4 million residents has a far bigger story to tell.

Its centre is full of busy izakayas and restaurants that hint at its long international outlook, with a lively Chinatown and many Chinese temples as well as the colonial Dutch Slope area, and even a reconstructed European trading port.

From Chilean deserts to abandoned islands off Japan – we reveal the dramatic destinations used in Daniel Craig’s Bond films as he confirms his return as agent 007.

WITH the chance to film in the world’s most glamorous locations, is it any wonder that Daniel Craig agreed to reprise his role as Bond for a fifth movie?

The 49-year-old actor confirmed yesterday that he’ll play the world’s most famous spy for a fifth and final time.

So to help you holiday like a secret agent, we’ve put together a list of the most exotic destinations from his movies so far – and our best guess as where he’s headed next.

Craig’s four Bond flicks have seen the film star jet set all over the globe, shooting explosive scenes in everywhere from Japan to Peru and Italy.