Filipa Marusic continues her look at the considerable UNESCO heritage in Croatia. Next up, World Heritage Site the Stari Grad Plain on Hvar.

Hvar’s 5 tourist boards will promote the island as one destination. A look at how that might look promoting UNESCO Hvar heritage. 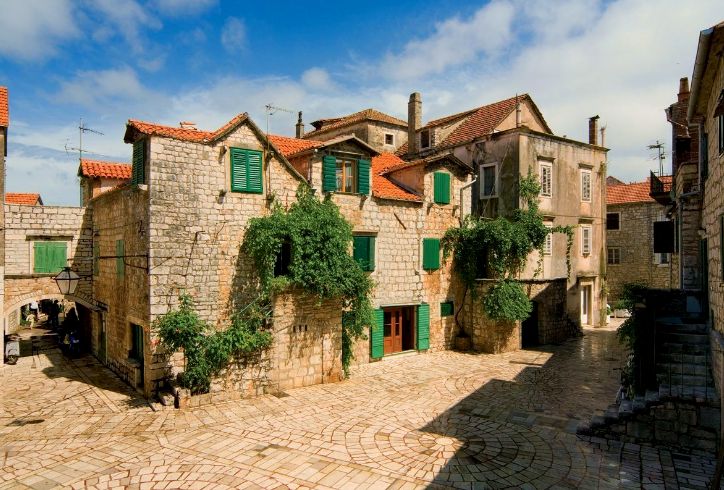 Stari Grad is located on the island of Hvar…

Source: Things to do in Stari Grad in 48 hours

We assembled a 10-day itinerary that captures some of the best that Croatia has to offer in terms of cultural attractions, beaches, and awe-inspiring nature.

Croatia. The beautiful Mediterranean country has become the new Greece, and rightfully so: Croatia is full of seaside towns, gorgeous scenery and historical sites. Tourism in Croatia is anchored…

This year, the island of Hvar is nominated for the title of Best European Destination. It deserves the title for many reasons.

Many do not know that the island of Hvar, probably one of the most densely populated islands in the world for the number of cultural sites on the UNESCO list. On the list, there are three Hvar Heritage Uniqueness; Starogradska polja (Stari Grad Plain), Procesija Za križen (Following the Cross) and Hvarska čipka (Hvar Lace).

The Stari Grad Plain on the island of Hvar is the best preserved agricultural landscape that was set up by the ancient Greek colonists in the 4th century BC and remains in use. The plain is generally still in its original form and has been preserved by careful maintenance of the stone walls over 24 centuries.

Following the Cross is a unique religious tradition taking place before the Easter for nearly five centuries uninterrupted.

Continuing our popular series, 25 Things to Know about Croatia, on November 11, 2017, a visit to one of the most charming destinations of all – Vrboska on the island of Hvar.

There is no questioning the most impressive building in the quaint old town of Vrboska – the unique fortress church of St Mary of Mercy. Built in the 16th century following the devastating attack by the Turks under Uyuz Ali, who burned the village in 1571 along with much of Dalmatia, the church fortress was built as a result to protect the inhabitants of Vrboska, and to good effect. The church fortress is open to tourists these days, with latest opening times advertised on the door (or check with the tourist board across the harbour).