NEW visitors guides for the Bradford District are now available. 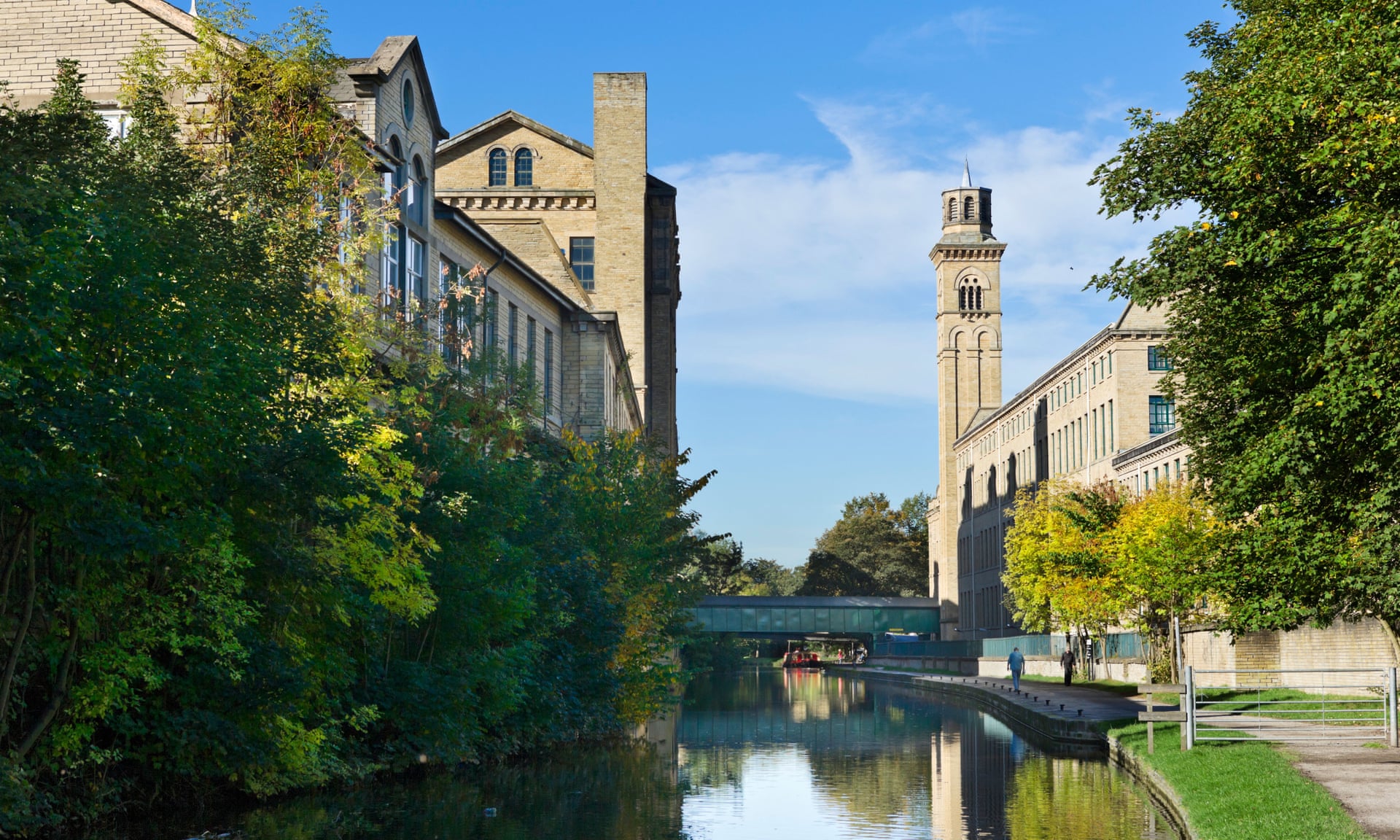 From its justly famous curry houses to world-class museums, the West Yorkshire city has it all. Here’s a selection of some of its very best bits…

Source: 5 reasons why you should move to SaltaireA

September is when Saltaire comes alive. 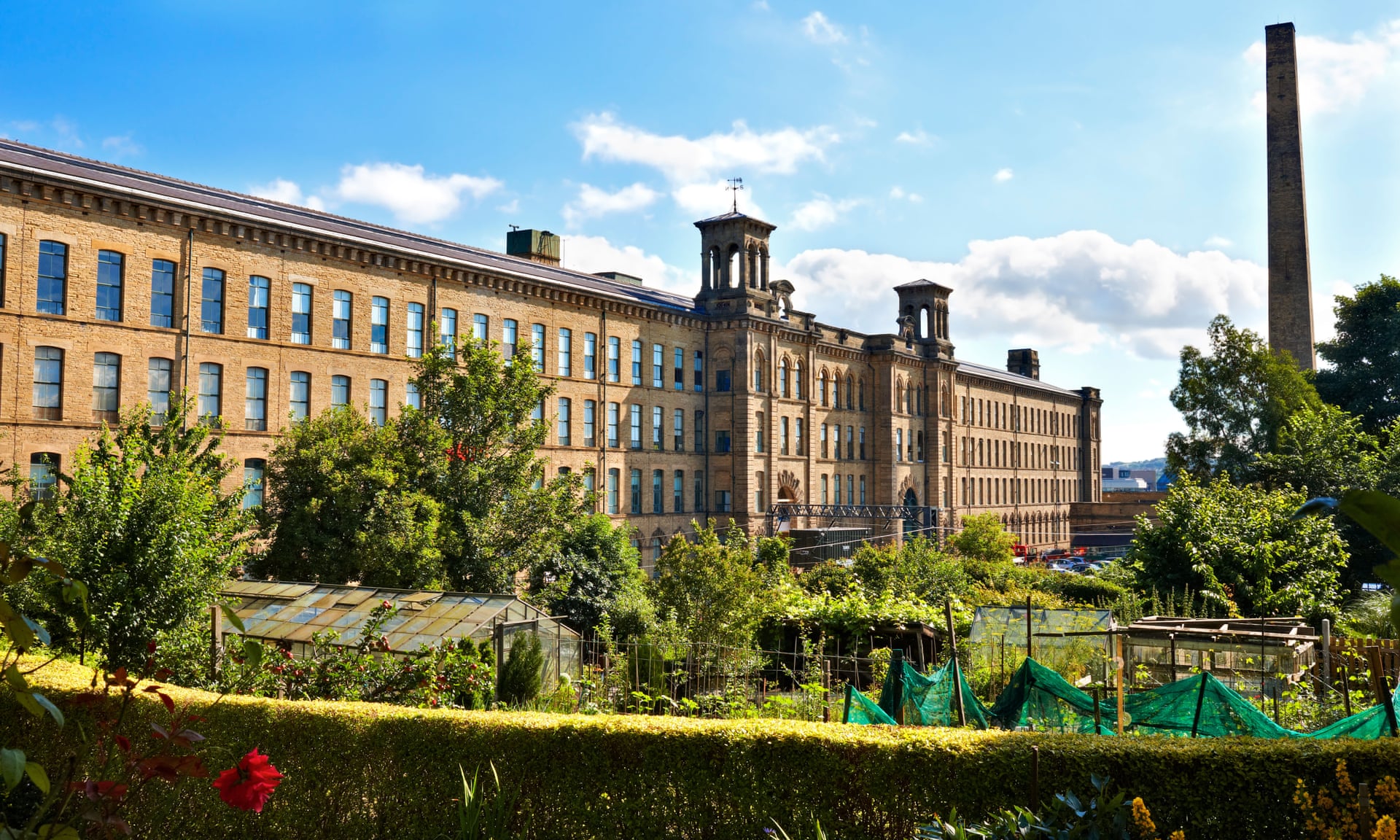 Take in all the fun of fairs and festivals, beaches, farms and museums with this pick of family events around the country…

Source: 20 of the UK’s best free half-term activities and attractions

Rural Yorkshire is full of scenic and historic villages.

Source: These are 16 of the most beautiful villages in Yorkshire

SALTAIRE has been named as one of the best places to live in the north of England by a national newspaper.

Source: Saltaire is one of the best place to live in the north

SALTAIRE is a fascinating place.

Its status as one of only two UNESCO World Heritage sites in Yorkshire highlights its outstanding universal value.

Source: History of industrial village of Saltaire makes it a focus of many a photograph 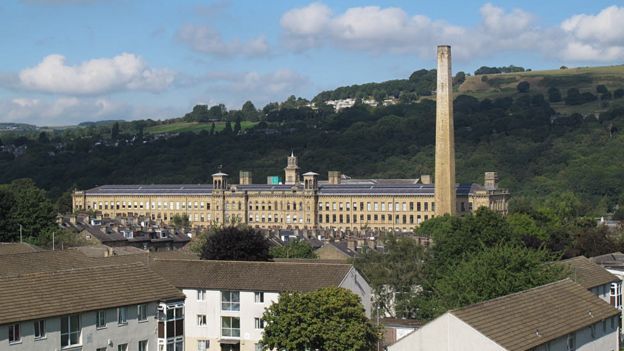 In the 19th and 20th centuries many of the biggest social and political changes originated or gained unstoppable momentum in Yorkshire.

45,000 copies of the visitor guides to Bradford have been printed, in an effort to attract more holidaymakers to the area

THE popstar Zayn Malik has been banging the drum for his hometown of Bradford ever since he shot to fame on the X Factor – most recently writing about it in posh fashion magazine Vogue.

The city’s politicians must reckon he’s onto something too – because they’ve printed a 44-page tourist guide to the area to attract holidaymakers.

45,000 copies of the Visitor and Discover Guides have been printed by the tourism board Visit Bradford.

The guides, which tell tourists how to get the most out of the local attractions, are being distributed through Visitor Information Centres and holiday websites in order to attract visitors to the district.

Bradford was a big player in the textile industry in the 19th century, but from the mid-20th century it started to fall into decline.

Since then, it has relaunched itself as a tourist destination – helped by its post as the first UNESCO City Of Film – but it still gets some bad press.

Apparently ‘there is nothing – absolutely nothing, half so worth doing as – simply messing around in boats’, according to Ratty in that much-loved children’s book The Wind in the Willows. And to test out this theory I decided to spend a few days meandering along the Leeds-Liverpool canal. Now, being a rather spoiled freelance journalist, I normally spend holidays travelling to exotic destinations. Last year’s jaunts included a luxurious stay at an Indian palace followed by a trek around the Amalfi coast. So I was rather apprehensive about exchanging my customary decadent voyages for a few days in West Yorkshire where weather conditions are rather unpredictable to say the least.

The village where I live – Saltaire, near Bradford, West Yorkshire – is a former Victorian mill town, and now a UNESCO World Heritage site. (A while ago I wrote a post about Saltaire and the weaving industry, with lots of photos of the village.)

When the woollen industry was at its height, thousands of people arrived in Yorkshire and Lancashire from India and Pakistan to work in the mills. After the woollen industry died in the 80s, the immigrants and their families remained, and Bradford now has one of the highest populations of people of Asian descent in the UK.  It’s thanks to an Asian neighbour that I now know how to make the best lamb pilau, and it’s thanks to her, too, that I was introduced to the fabulous world of Bollywood.

If you’re wondering where in the world to go for your next weekend jaunt, might we suggest Saltaire? And, while we’re being bold, can we also recommend you head there on April 22nd-23rd. It’s not just that we like telling you what to do (although we do) but we wouldn’t want you to miss out on World Heritage Weekend, when the whole community comes out to celebrate its internationally renowned status.

The annual weekender, which was launched in 2011, has been organised on the theme of ‘People’s Stories’ this time around and aims to tell the amazing day-to-day tales of life in the village, looking back in history at how residents used to live, work and play, and coming bang up to date with contemporary experiences.

Descendants of a Victorian philanthropist have opposed plans for a business park on the edge of the village founded in his name.

Relatives of Sir Titus Salt, who established Saltaire, near Bradford, have said the proposed development would be a threat to the site’s heritage.

Their intervention came on the 15th anniversary of the village’ being designated a UNESCO World Heritage Site.

Developer KDPS said the project “would substantially enhance” the area.

Saltaire was built by Sir Titus in the 1850s and provided housing and other facilities for the 3,000 workers at his woollen mill.

It is surrounded by countryside and is the starting point of a walking trail through the Yorkshire Dales.

From raging rivers to the piddliest of puddles, every waterway is an inspiration. From literature, poems, paintings and musical compositions to inventions, power and industry – the ripples of water’s influence spread in seemingly never-ending circles of creativity.

Multi-Story Water is the perfect case in point. This multi-disciplinary project, launched in 2012 to celebrate the waterways in the Aire Valley between Leeds and Bingley, has so far included theatrical tours, short films, live shows, digital performances and numerous talks and workshops in clubs, businesses and schools.

And now it’s just launched its first app – Salt’s Waters – a free downloadable walking tour navigating the heritage water courses, both large and small, in the West Yorkshire district of Saltaire and the impact they have had on the lives of generations of people along their banks.

William Blake’s poem that questions whether there is any truth to the legends that Jesus Christ once came to England refers to England’s dark Satanic mills, and though there are conflicting interpretations, many take the literal option that this refers to the fruits of the industrial revolution.

Bradford was a fertile ground for the mills to take root, being ideally situated to access stone to build the mills, coal to power them, and the soft water of the Pennines to wash and dye the textiles produced there.  There were over 50 built here.

The mills needed a workforce, and in the first half of the 19th Century the town’s population is said to have grown from 6000 to over 100,000 with a reliance on immigrants that continued for another century after that.  The work was hard, the hours were long and the environment was hazardous.  Children as young as five worked alongside the adults.

Home was no refuge.  Without housing regulations many lived in unsanitary slums.  Whole families might share a damp cellar room.  An epidemic of cholera claimed over four hundred lives.  Dark and Satanic?  It’s easy to reach that conclusion.