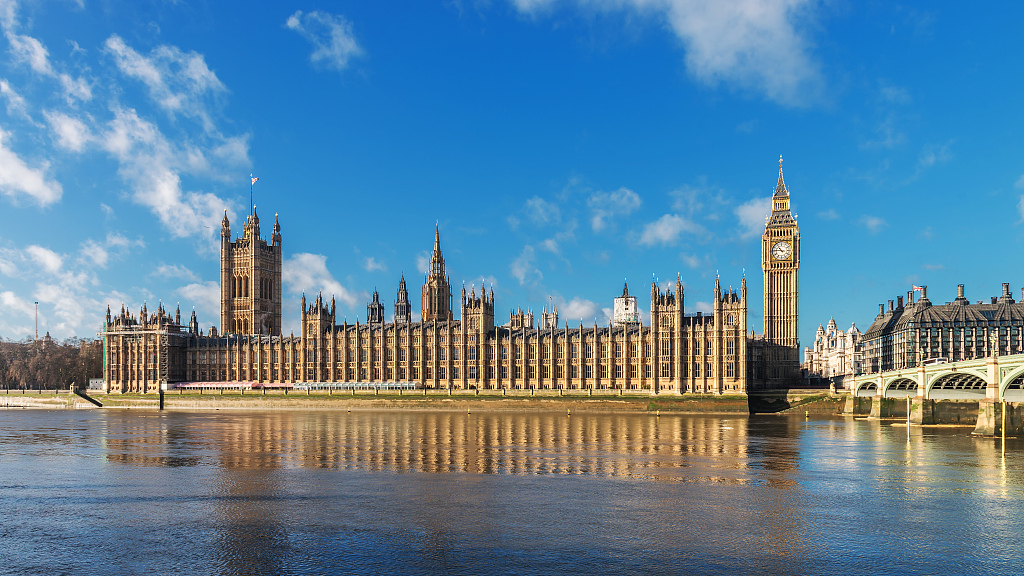 From its humble beginnings as an island monastery, Westminster Abbey has grown into the cultural and spiritual heart of London, as well as the final resting place of kings, queens, and poets.

Workers have discovered “extensive” World War II bomb damage on the tower that houses London’s famous Big Ben clock, which will force the cost of restoring it to rise by £18.6 million ($24.3m). 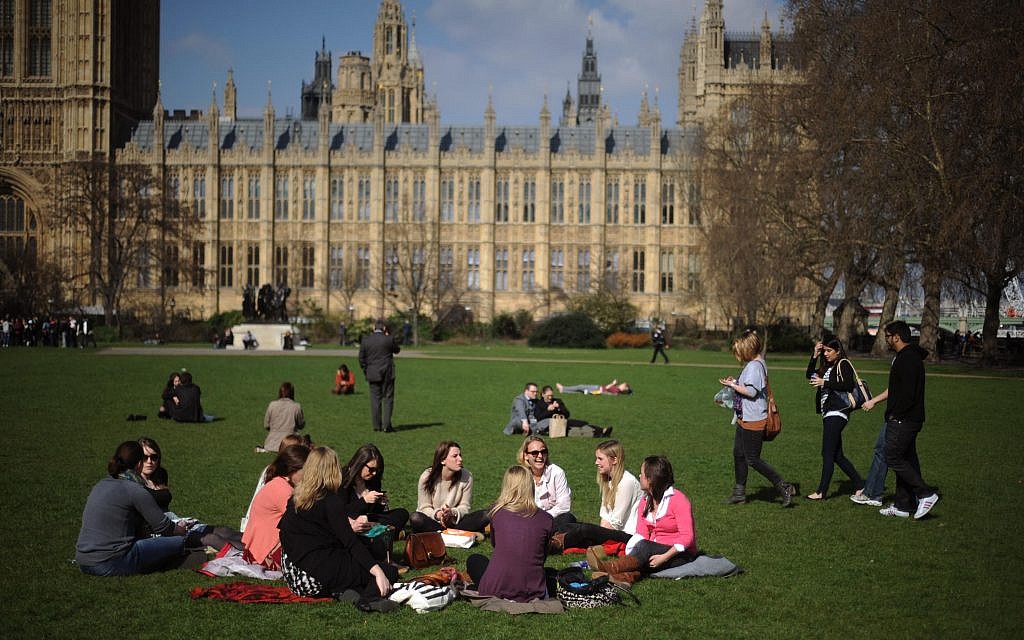 Parts of the iconic British landmark, officially named the Elizabeth Tower in 2012, will again be visible from Monday.

Source: Big Ben spire to be revealed in ‘key moment’ for restoration 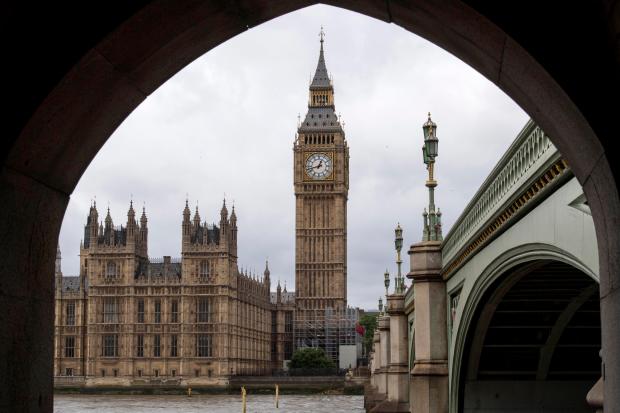 BIG BEN’S famous bongs have marked the hour in London with almost unbroken service for the past 157 years. The Elizabeth Tower – home to the bells – has been keeping for 160 years…

Source: Big Ben facts – How old is the Elizabeth Tower, when was it built and how does the clock keep time? Everything you need to know 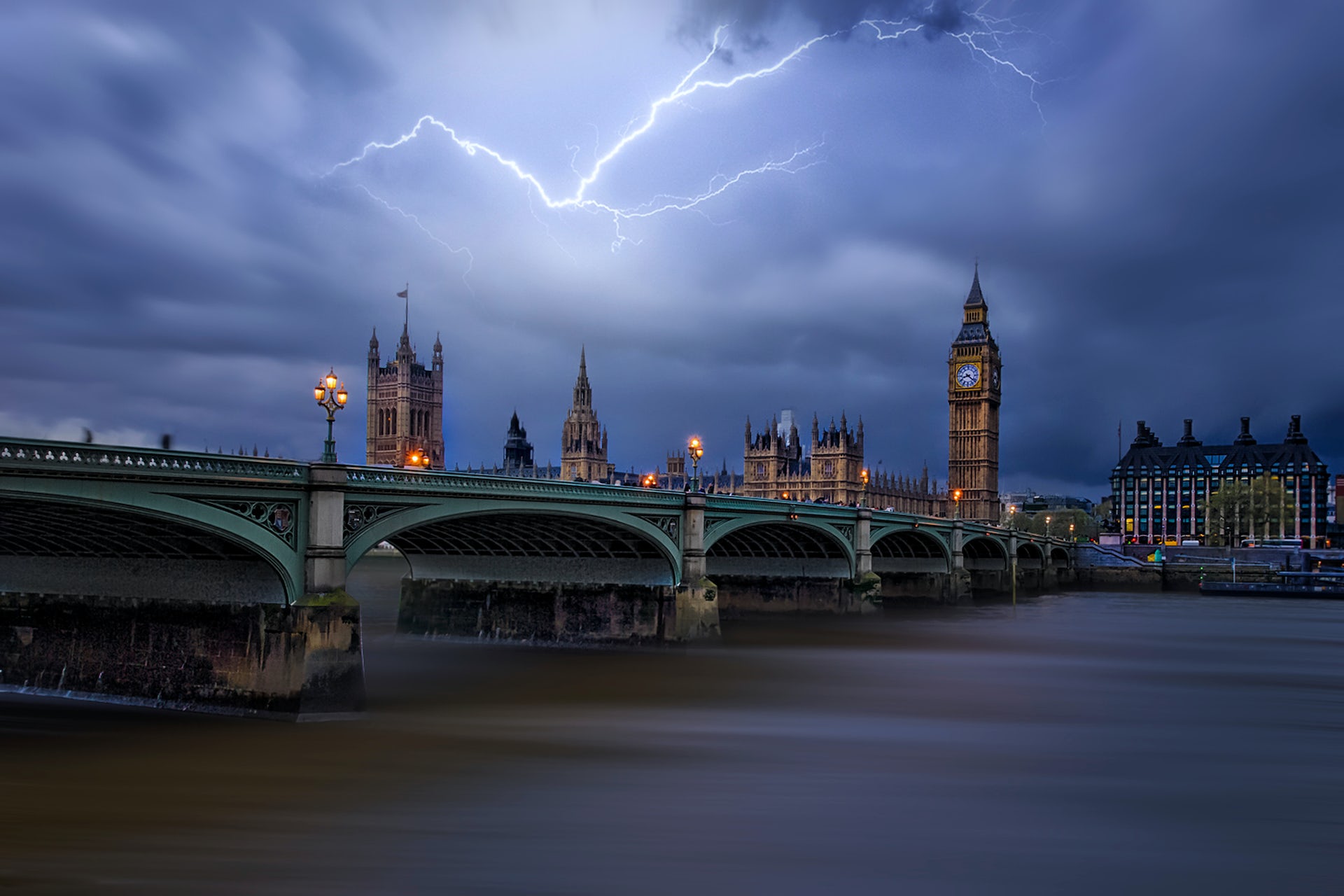 As MPs flounder over Brexit, rain is leaking into the House of Commons. Was there ever a more fitting time to discuss what this building is for and what it should look like?

Source: A leaky roof and a democratic crisis within – what better time to get serious about redesigning Westminster? 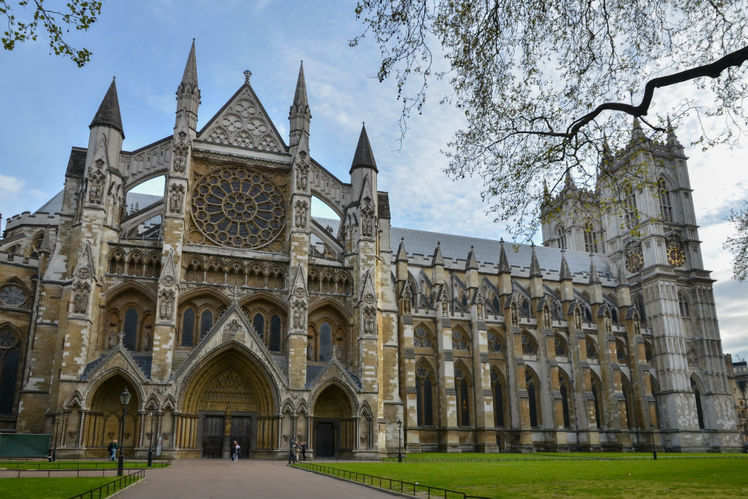 Christmas holidays are the best times to visit those churches that pull off the festival spectacularly. We are referring to all the basilicas and churches that offer impressive decorations, lively Christmas carols, and an ambiance that invokes the right fervour in you…

Source: Churches that tell a story 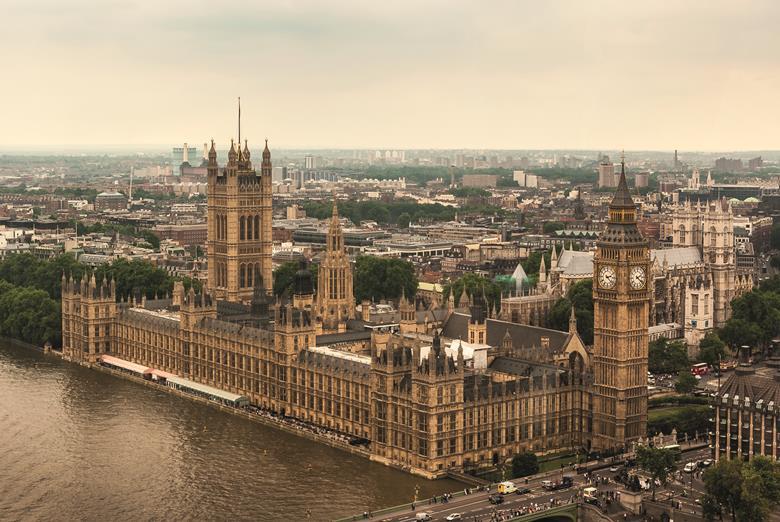 After 30 years as a World Heritage Site, the Tower of London faces being delisted. Does it matter? 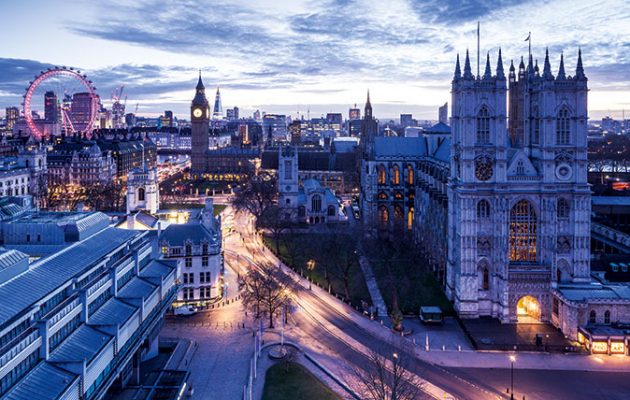 It was Edward the Confessor who first concentrated English power at Westminster. But for years, the space at its heart – Parliament Square – has been an unsatisfactory urban muddle at the heart of London. Today, it’s a UNESCO World Heritage Site and Big Ben – or more properly the Elizabeth Tower – was the most-photographed building in Britain in 2017. However, at present, it is not a space calculated to inspire, impress or delight. A visit involves jostling along crowded pavements and being corralled between unsightly security barriers. The wide roads are busy with fast-moving traffic; step back to admire the architecture and you risk being crushed by a bus or lorry. But there is hope.  …Continue reading »

Parliament gets through more than 750,000 throwaway coffee cups, 125,000 plastic bottles and 335,000 sachets of condiments every year, Westminster bosses revealed today.

Chiefs plan to “drastically” curb the culture of single-use plastics across the estate by next year in a huge clampdown inspired by Blue Planet II.

It includes axing plastic carrier bags in gift shops and plastic cutlery and straws in cafes and bars, in moves to “virtually eliminate single-use avoidable plastics” from the Commons and the Lords.

From this summer, plastic bottles of mineral water will no longer be on sale – immediately removing 125,000 items from its yearly waste haul.

Instead, there will be more water dispensers across the Unesco World Heritage Site.

Parliament will stop buying non-recyclable disposable cups, instead opting for a compostable alternative.

It currently disposes of almost 753,000 coffee cups each year but they cannot be recycled due to the plastic coatings which make them watertight.

Ministers, businesses and civic leaders have launched a massive crackdown on plastics since David Attenborough’s iconic Blue Planet II series last year, highlighting the affects of plastics on the oceans.

Vast and sprawling, with dozens of hidden chambers and corners, the Houses of Parliament are tricky to navigate even for veteran pass holders.

But there’s one dedicated team who, between them, have everything covered – and they are hiring new members.

The visitors services team are responsible for showing everyone who comes to Parliament around the UNESCO World Heritage site – from A-list celebrities to school trips.

HuffPost UK caught up with Amy Treble, one of their operations managers, whose career in the Commons began as a tour guide, as her department prepares to recruit 28 new visitor engagement assistants.

“I remember being so totally overwhelmed when I first started, and then someone asked me to go and do an escort by myself.  I thought I couldn’t do it, but then you do it and it’s great and you realise that you can.

London (AFP) – British MPs on Wednesday voted in favour of moving out of their historic Westminster home, to make way for major renovation work of the iconic Houses of Parliament.

Lawmakers backed the decision for a “full and timely decant” of parliament by 234 votes to 185, paving the way for a multi-billion-pound revamp of the dilapidated complex.

“This debate arguably should have taken place about 40 years ago,” said House of Commons leader Andrea Leadsom at the start of the debate.

“The Palace of Westminster is the seat of our democracy, an iconic world-famous building and it is in dire need of repair,” she added.

Much of the Palace dates from the mid-1800s, while Westminster Hall was built in 1099.

The complex is part of the UNESCO Westminster World Heritage Site and includes the Houses of Parliament and the clock tower housing Big Ben, which is already undergoing work.

Conditions are considered dire, with a Commons committee listing fire, sewage inundation and electrical failure among possible risks if urgent repairs are not carried out.

Source: British MPs vote to move out of Westminster for repairs

MPs could decide to relocate the Commons and the Lords for six years – or kick the issue into the long-grass.

A multi-billion pound restoration project to shore up the crumbling Palace of Westminster could finally be agreed today.

MPs from a joint committee warned in 2016 that unless urgent action was taken, one of the UK’s most famous buildings could be at risk of a “catastrophic event”.

The neo-Gothic exterior was created by Charles Barry to mirror Westminster Abbey, with its extravagant interior designed by Augustus Pugin.

The steam-heated building – with its basements a tumble of wires, pipes and cables – was the scene of seven fires in 2017, while there were two hundred reported “toilet failures”.

But many have said action needs to be taken to fix it, with the outgoing senior parliamentary official Black Rod warning it could become “another Grenfell”.

The famous Big Ben bell has already been silenced while urgent work is carried out on the Elizabeth Tower, but consultants say there are serious structural issues throughout the estate.

Source: Decanters vs Stayers to vote on plan for up to £5bn ‘fire risk’ Parliament repairs

Theresa May likes to avoid awkward rows at all costs: that much we already know. Today’s papers carry two stories showing this: she is said to be abandoning plans to give a Brexit speech just in case it causes further divisions in her Cabinet, and is also racking up what The Times estimates is a £230 million bill by delaying the refurbishment of Parliament.

Both the Cabinet and Parliament are dangerously unstable, with chunks falling from them every day. The latter, though, has been here a long time, is one of the most famous buildings in the world, and attracts vast numbers of tourists. Philip Hammond and Greg Clark don’t raise quite so much interest, oddly.

The Conservatives are keen to push back the decision on the works until after the 2022 general election because they are worried that taxpayers will be angry about the huge bill that it will incur.

Source: MPs are making the refit of Parliament all about them. It isn’t. | Coffee House

‘At a time of great fiscal constraints, it is a genuinely open decision.’

Commons leader Andrea Leadsom says MP must make a decision on whether a costly refurbishment of Parliament is justified in the current economic climate.

The restoration and renewal of the Grade I-listed Palace of Westminster – which is partly sinking, contains asbestos and has outdated cabling – will be debated again later this month.

A 2012 report warned the building could suffer “major, irreversible damage” if significant work to restore it is not carried out.

But the works would mean significant upheaval and could see Parliamentarians moved out of the building for a long period of time while they are undertaken.

Leadsom told MPs on Friday that the issue would come back before the Commons on Wednesday, January 31 in the form of two government motions.

Like Loading...
A UNESCO World Heritage site, with a legacy dating back more than 1,000 years, Westminster Abbey is among London’s most historic landmarks. The Gothic church is best known for hosting headline-grabbing events involving the British royal family, such as the Queen’s coronation, Princess Diana’s funeral, and Prince William and Kate Middleton’s wedding.
The Basics
A tour of Westminster Abbey is like taking a walk through British history. Explore independently with an audio guide, on a tour led by a verger (church official), or with a private guide. Tickets include access to all the main areas of the church. The London Pass also grants access to Westminster Abbey.
Things to Know Before You Go

London’s Big Ben was built 158 years ago, two years before the American Civil War. This week it is at the center of a nationwide storm over its famous chimes.

LONDON — Who knew repairing a clock could provoke such outrage?

But this isn’t just a case of winding up an antique timepiece gathering dust in the hall. This is the 315-foot tower commonly known as Big Ben, the iconic landmark synonymous with London’s skyline.

Built 158 years ago, Big Ben has this week found itself at the center of a nationwide storm.

Politicians fumed and newspapers seethed after it came to light the Great Bell would fall silent on Monday, dinging its last dong until 2021 while construction workers carry out £29 million of repairs (around $37 million).