The Other Tahiti: How to Find Extra Adventure; Morgan Sjogren; GearJunkie 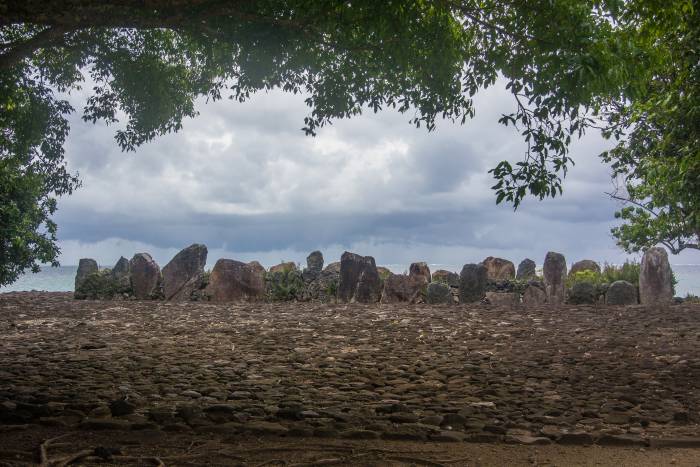 Run away from the beach to experience the real islands of Tahiti.

Source: The Other Tahiti: How to Find Extra Adventure | GearJunkie

From masterpieces of creative genius to beautiful natural landscapes, these sites reveal the most compelling chapters of Earth’s history.

Best of the best: That’s the lofty standard for making the World Heritage List. Nations lobby hard to get their glorious buildings, wilderness, and historic ruins on the list, a stamp of approval that brings prestige, tourist income, public awareness, and, most important, a commitment to save the irreplaceable.

In November 1972 the United Nations Educational, Scientific and Cultural Organization (UNESCO) inaugurated the list by adopting a treaty known as the World Heritage Convention. Its continuing goal is to recruit the world community in identifying cultural and natural properties of “outstanding universal value.”

UNESCO officials do not see the list as a mere trophy case of superlative places. World Heritage status commits the home nation to protect the designated location. And if a site—through natural disaster, war, pollution, or lack of funds—begins to lose its value, nations that have signed the treaty must assist, if possible, in emergency aid campaigns. As of January 2017, 193 of the world’s nations have signed the treaty.

Read more from source: What Is UNESCO World Heritage

A new campaign from Tahiti Tourisme aims to educate travelers about the much broader diversity of its hotel and destination offerings, particularly those meeting the growing demand for authentic experiences.

Tahiti Tourisme CEO Paul Sloan announced the “Take Me to Tahiti” campaign last month to showcase French Polynesia as more than a honeymoon destination, one with many options for couples and families as well as a rich, welcoming culture.

The campaign was announced at the group’s inaugural Parau Parau Tahiti travel mart, which brought 32 tour operators from North and South America, Australia and New Zealand for two days of one-on-one meetings, along with options to add fam trips across some of its more than 100 lesser-known islands.

Parau Parau Tahiti, Sloan said, was organized, in part, to help the tour operators learn more about French Polynesia’s many hidden islands, unique activities for travelers of all ages and small guesthouses, the owners of which can’t afford to travel to the larger Pacific and international travel trade shows. Tahiti is an island, but it also refers to the region’s 118 islands and atolls that make up French Polynesia. If you visit, don’t limit yourself to one island or one resort — Tahiti is meant for island-hopping (and it’s easy, with plenty of domestic flights, ferries and boats). Here are a few options worth the travel time:

Get way off the beaten path:

If you Google “Fakarava,” you’ll see a pencil line in the ocean. Technically, Fakarava is a U-shaped atoll, only 200 to 400 metres wide, encircling a lagoon with 72 motus (islets). Enoha, a local guide and driftwood artist, tells me he moved here because of its authentic Polynesian lifestyle. Life moves at a slower pace, everyone knows each other and there’s only one road.

The new sites can be found in every corner of the world, from icy Greenland to the Kalahari Desert, and from the mountains of the Andes to the temples of Cambodia. To celebrate the induction of these new cultural and natural wonders, the travel website Booking.com has selected a few of the most exciting new sites and despite many of them being in remote locations, the online booking chain has still found some great places to stay nearby.

The Los Alerces National park is located in the Andes in Chubut Province. It is one of the new natural World Heritage Sites on Unesco’s list. The park owes its name to the many alerce trees that can be found there.

UNESCO annually expands its list of World Heritage sites, and this year’s class of inductees, announced in July, offers both stimulation for travellers, with a rich and varied group of intriguing sites, and a reminder, especially with its remote and more vulnerable picks, that the list itself is not about tourism.

The World Heritage program aims to identify and protect cultural and natural sites around the world that demonstrate “outstanding value to humanity”, according to its website.

Those spots sometimes constitute the most sought-after destinations for global travel: the Great Wall of China, the Great Barrier Reef in Australia, the Inca ruins of Machu Picchu in Peru.

An ancient sacred site, Taputapuatea marae is where ceremonies took place before Europeans arrived. Sailors would gather here to learn ocean navigation, make sacrifices to the gods and learn about their place in the universe. At one point it was the spiritual heart of a culture that spanned from New Zealand to Hawaii. This huge mountain has become a symbol in Polynesian culture for the kind of strength found within nature. It is the embodiment of ‘mana’ for many islanders.

Tahiti and the Polynesian people will use the new status to bring more eco-friendly tourism to these lush and vibrant islands.

Raiatea is located in the Leeward islands at a 45 minute flight from Papeete, Tahiti. Raiatea, meaning “faraway heaven” and “sky with soft light”, was first named Havai’i after the homeland of the ancient Polynesians and is the most sacred island in the South Pacific.
Raiatea which is the second largest Tahitian isle, was the center of religion and culture over 1000 years ago and still lends enchantment to ancient legends told to this day. The green-carpeted mountains include the celebrated Mt. Temehani, a sort of Polynesian Mt. Olympus.
Formerly named Hava’ī, Raiatea is known as the Gods’ cradle and hosts archeological treasures (marae, petroglyphs…) witnessing an ever present epic history and culture. As the first Polynesian island to be populated, Raiatea shelters the most spectacular and first international marae of the Polynesian triangle, called Taputapuatea, where inauguration ceremonies, political alliances and international meetings took place.

Just when we thought the Islands of Tahiti couldn’t possibly get anymore special than they already are, that’s exactly what happens. After a long-held campaign, the Taputapuatea marae, a sacred site on the island of Raiatea, was officially deemed a UNESCO World Heritage Site on Sunday, July 23. The Taputapuatea marae, a source of power and spiritual strength in nature, marks the first cultural site to be recognized as a World Heritage Site within French Polynesia.

As World Heritage Sites are places of significant cultural symbolism, the Taputapuatea marae is an ancient, natural landscape, a spiritual place where traditional ceremonies were once performed. The classification of the Taputapuatea marae as a UNESCO World Heritage site provides the Polynesian people with new, unifying opportunity to share their traditions, and ancient heritage to the wider world.