Tag: DE – Town Hall and Roland on the Marketplace of Bremen

Nancy Truman: In Bremen’s market square, 2,000 brass and steel buttons embedded in the cobblestones are like breadcrumbs leading visitors to discover its history…

The majestic Elbphilharmonie reigns over Hamburg harbor signaling a new chapter in the long history of this seafaring city. The opera house was 10 years in the building and opened in January 2017.

The Elphi, as it is nicknamed by locals, looks like a hoisted sail in the wind that always seems to blow here. The futuristic glass exterior soars to a height of 354 feet.

Though its price tag of more than $900 million has some Germans grumbling, the building has been a crowd magnet since its opening. Visitors ride its escalators for a balcony view of the harbor and city center. The concert hall, which can hold 2,100, has acoustics so perfect it has ticket buyers clamoring for any available seat.

Yet, as new-age hip as the Elphi appears, its base is an old warehouse constructed more than a half-century ago.

And, so it is in North Germany — a country where the old is revered and the new is craved and enjoyed much like the stout beer found at the many corner taverns. 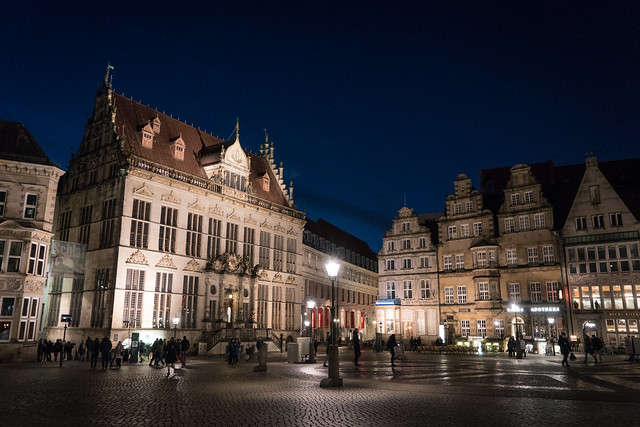 When the folks at the German Tourism authority reached out and invited me to explore Bremen as their guest as part of the #citybreakgermany campaign I found my curiosity piqued.  This post and the two that follow are done in partnership with Bremen Tourism who suggested my itinerary and arranged/provided all lodging, accommodation and a suggested itinerary.  The premise for the visit? Get an overview of what Bremen has on offer over a three day weekend (arriving Saturday AM, departing Monday evening) without a frantic schedule or over-the-top luxury experience.

What I found was a charming city that was intimate, easy to explore, had distinct personalities and a clean polished experience and functionality that made getting around and exploring the town extremely pleasant. 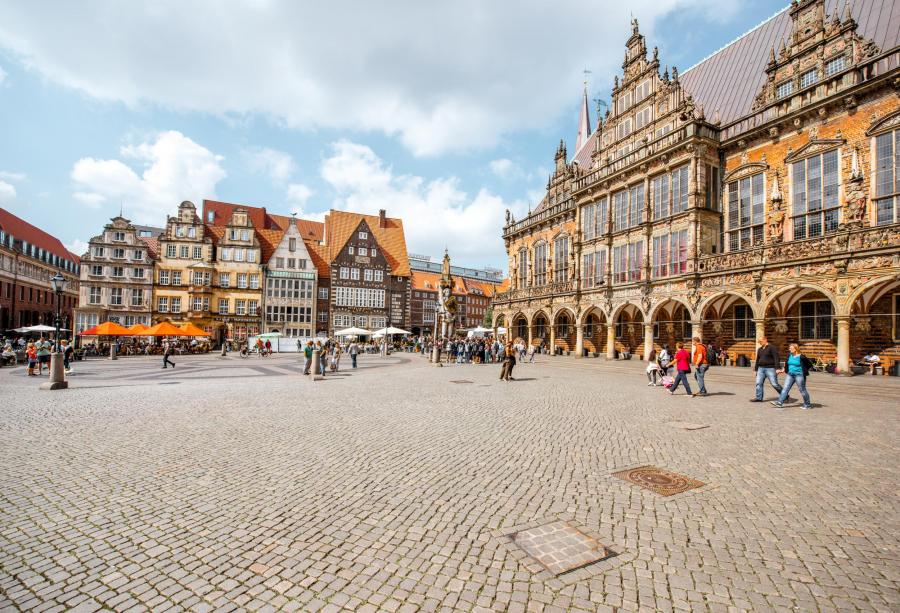 With summer already feeling like a lifetime away, it’s time to stop chasing the sun and start embracing the cosy autumn temperatures – and there’s no better place to do it than at one of Europe’s old towns.

What could be more romantic than breathing in a healthy dose of fresh air while strolling aimlessly amongst chocolate box towns, stopping only to admire the fairytale views with a warming glass of gluhwein?

If you want to avoid heaving crowds of tourists in Bruges and Prague, there are plenty of lesser-known options on the continent for the intrepid traveller.

From hidden German gems to a the next big Insta-destination in Estonia, we’ve got your winter hit list sorted.

It’s hard to believe that 2016 is already coming to an end. We’re grateful for our wonderful year of travel that’s taken us all across the US and the globe. We’ve seen places we had never imagined we would visit and had amazing experiences around the world. No matter where we go, travel breaks us out of our comfort zones, challenges our preconceived ideas, and makes us learn new things at every turn.

In 2016, we flew 45,097 miles and visited 13 countries and 10 states, and we delved deeper into our own area in Pennsylvania. Along the way, we hit 36 cities, visited 12 UNESCO World Heritage Sites, and had one harrowing road trip in a blizzard. All those travels mean we took thousands of photos to remember the journey. Here are just a few of the highlights from 2016. In the center of Bremen’s Old Town stands the most perfect building in Germany. At least as far as we’re concerned. This brilliant structure dates all the way back to 1405, so it’s full of history and the secrets of countless mayors and leaders. It’s the home of a fabulous, subterranean restaurant that’s been welcoming visitors and local wheeler-dealers for hundreds of years. And it holds thousands of bottles of German wine in the vaults of its 600-year-old cellar. For our interests, the Bremen Town Hall is absolutely ideal.

Although 60 percent of Bremen was destroyed during World War II, somehow the city’s glorious Town Hall (Rathaus) made it through unscathed, along with a good section of the picturesque market square.

When Charlemagne’s top general Roland was killed on August 15, 778 by rebel Basques in the Battle of Roncevaux Pass, little did he imagine with his dying breath that after starring in many literary works such as the 11th century French Chanson de Roland or the Italian Renaissance epic poem Orlando furioso, he would end up on UNESCO’s World Heritage list thanks to a statue hundreds of miles away in Germany.

Or maybe he did as he expired on that windswept Pyrenean mountain pass; just as we ordinary mortals are meant to see our past lives flash before us in the moment before death, perhaps these super-humans see their future glory flash before them, from the oft-sung heroics celebrated by mediaeval minstrels to ultimate enthronement by the United Nations.