Tag: DE – Roman Monuments Cathedral of St Peter and Church of Our Lady in Trier 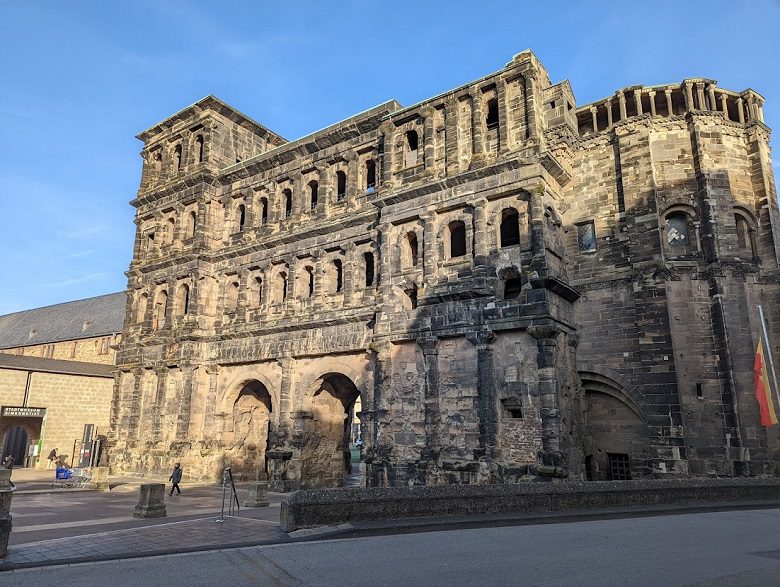 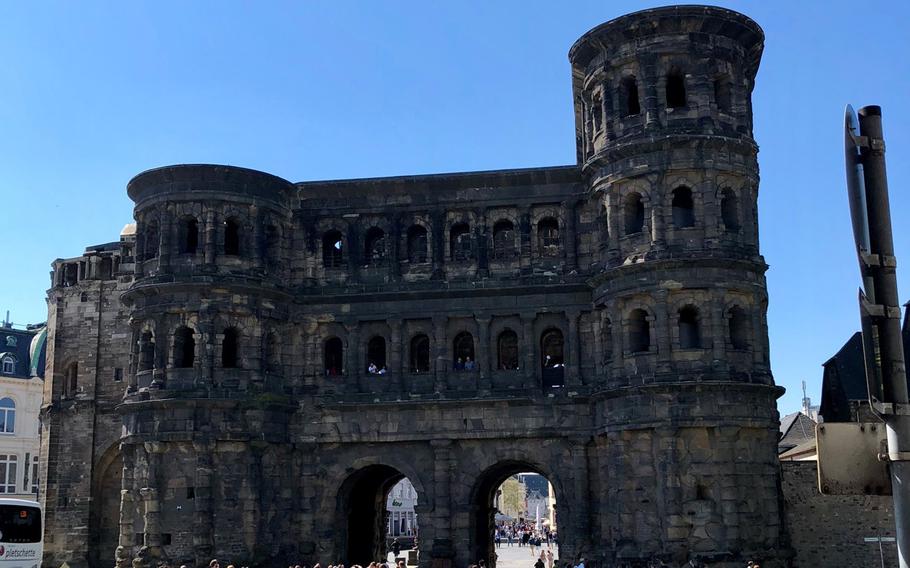 Trier was founded by the Celts in the 4th century B.C. Almost exactly 2,000 years ago, when the Roman empire expanded from Gaul into western Germany, the town then known as Treveris became a bulwark on the border between civilization and the hostile barbarian tribes in northern Europe. On the banks of the Moselle River lies Trier, Germany’s oldest city. It was founded as a Roman colony in 16 B.C. and is now a top destination in Germany.

Archaeologists have determined the exact date of construction of the Porta Nigra in Trier — it was built 1,848 years ago. It’s the oldest monument of its kind in Germany.

Until now, the date of construction of Trier’s Porta Nigra, the largest Roman city gate north of the Alps, could only be estimated. Researchers dated it back to somewhere between 150 AD and 320 AD.

Scientists have now managed to determine exactly when the city gate was built, thanks to ancient wood that was found in archaeological digs. It was built in 170 AD —  or 1,848 years ago.

“This is a milestone in the history of the city of Trier,” said director of Trier’s Rheinisches Landesmuseum, as the results of the findings were made public.

Porta Nigra was named that way due to the darkened color of its stone.

Trier is the UNESCO World Heritage city you’ve never heard of. While you were busy swooning over Berlin’s modern architecture or Munich’s copious beer gardens, you’ve missed Germany’s most remarkable city, quietly minding its own business along the banks of the Mosel river, the way it always has for two and a half millennia. Visiting Trier puts the visitor in a bind – should she primarily focus on Trier’s Roman or more “recent” medieval history – both are abundant and extraordinary. The city is home to an incredible nine UNESCO World Heritage Sites. Nine! In one city. That is a quarter of all UNESCO sites in the entire country of Germany!

Boasting history, culture, and a wide range of culinary diversions, Trier has something for every age and appetite.

TRIER, Germany — October 9, 2016 Once the Roman imperial residence, Trier is located on the banks of the Mosel River close to the Luxembourg border. It is considered the oldest city in Germany and one of the most diverse and beautiful. In addition to its many UNESCO World Heritage Sites, Trier has abundant shopping and culinary delights to satisfy the most discriminating traveler.

Trier was founded by the Romans in 17 B.C. under the emperor Augustus. Visitors will, no doubt, be in awe over one of its most impressive architectural feats from its Roman-era past, the Porta Nigra or Black Gate, a UNESCO World Heritage Site.
Read more