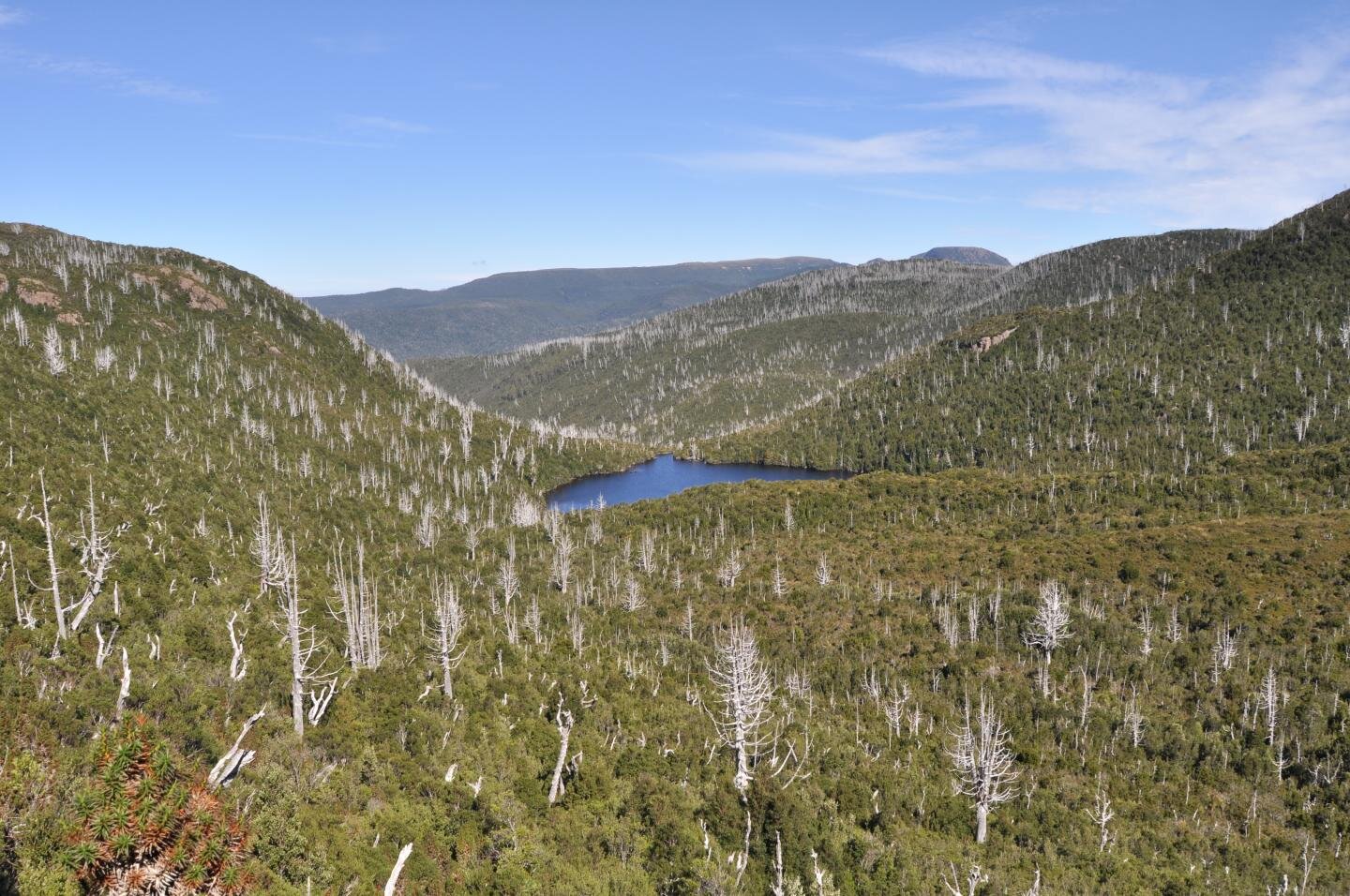 Halls Island, which sits on a lake in Tasmania’s Walls of Jerusalem National Park, is at the heart of a new battle for the state’s wilderness.

Source: Little-known and rarely visited, this tranquil island has become an ideological battleground

Native wildlife, cosy accommodation and unbeatable scenery are just some of the treats in this World Heritage area.

Source: Head Down Under & Visit These Australian National Parks 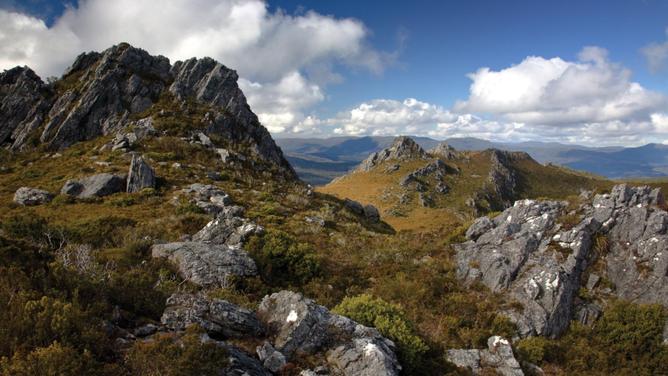 A Hobart planning firm has received a $300,000 government contract to help to develop a long-awaited tourism strategy for the Tasmanian Wilderness World Heritage Area.

Funnelling the Tassie tourist influx away from Hobart to other areas of the state is the next focus of the sector, but are the regional areas set up to cope?

Source: Tasmania is riding the wave of a visitor influx, but is everyone on board? 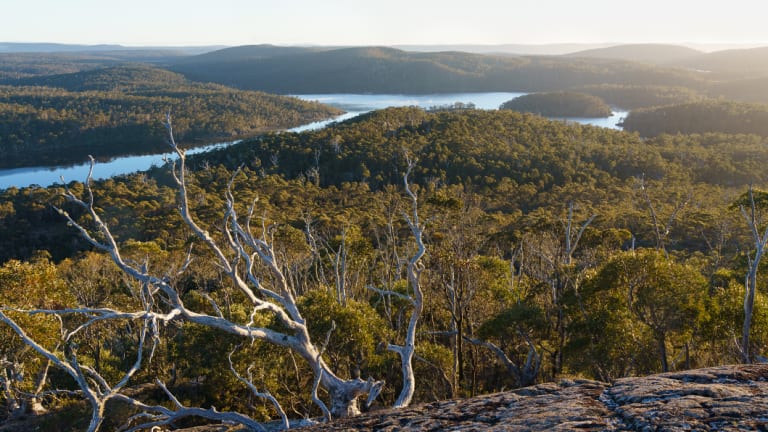 Tasmania’s west is one of Australia’s last true wilderness frontiers, but it’s easy to experience from Strahan. Follow this itinerary to experience it all!

Source: Things to do in Strahan: A 4-5 Day Itinerary for Western Tasmania

The UNESCO World Heritage Committee has raised concerns about Tasmania’s wilderness areas being rezoned for tourism developments and called on the State Government to speed up a Tourism Master Plan requested in 2015.

The draft decision, published by the World Heritage Committee this week, welcomed the implementation of some recommendations made after a 2015 Reactive Monitoring Mission to Tasmania’s Wilderness World Heritage Area (TWWHA).

But the committee has urged the Tasmanian Government to expedite development of a Tourism Master Plan, which was first called for in 2015.

“Limited progress has been achieved to date with the development of a Tourism Master Plan,” the committee said in the recent analysis.

“While the timeline for its finalisation by December 2019 is noted, it is of concern that this key strategic document is still lacking.”

In the document, the committee also raised concerns about the State Government’s rezoning of some wilderness areas to allow for tourism opportunities and wider aircraft access.

The report refers to areas being changed from “wilderness” to “remote recreation”, which the Wilderness Society’s Vica Bayley understands refers to new “self-reliant recreation zones”.

Whether it is hiking up Cradle Mountain to catch the romantic display of autumn leaves, indulging in fresh seafood and whiskey at winter festivals, or cuddling the Tasmanian Devil, Tasmania has something for every traveller.

You dread the sweltering heat in tropical sunny islands. You are also afraid of the freezing cold in winter countries. Every now and then, you wish to escape to a country boasting perfect sweater weather while remaining relatively close to home. Does this sound familiar?

If it does, you must visit Tasmania this year optimally either in Autumn (March to May) or Winter (June to August). You will love the cool temperatures that reign supreme during these periods. From March to August, the Apple Isle –Tasmania’s unique sobriquet – offers pleasant ambience for exploring UNESCO World Heritage Sites, sampling amazing Tasmanian produce and fully immersing in Tassie-style festival vibes.

Aside from the lovely, chilly temperatures, here are five reasons why every traveller – be it a foodie, adventure junkie or art enthusiast – should visit this unique heart-shaped island.

Be wowed by great walks with picturesque views

Source: 5 Reasons Why You Should Visit Tasmania in Autumn & Winter

From the famous Great Barrier Reef to the beautiful Twelve Apostles, here’s a peek into the delightful places you could visit in Australia.

Blessed with amazing reefs, rocks and beaches, Australia boasts some of the world’s most beautiful landscapes. Take a tour of these awesome locations that will make you want to visit them right away.

This wildlife sanctuary is located off Tasmania’s east coast and houses historic ruins, dramatic cliffs and sweeping bays that are accessible only via ferry. The Painted Cliffs at Hopground Beach are patterned sandstone shaped by the water and wind. The shoreline contains a fascinating marine life and the island is a hotspot for bird watching with 11 of Tasmania’s 12 endemic species found here.

Formerly known as the Olgas, named after Queen Olga of Württemberg, Kata Tjuta is about 31 miles from Uluru.

So long, Sydney, move over, Melbourne. Australia’s second-oldest city, Hobart, is the coolest little capital down under right now. It is packed at weekends with tourists who have come for the food and easy pace of life as much as for Australia’s hippest art gallery, Mona.

Yet what sears the soul is Tasmania’s scenery, not least the achingly beautiful World Heritage wilderness spread across a fifth of the state.

If there’s one thing you can’t miss during your time in Australia, it’s the chance to experience some of the country’s incredible wilderness.

From mountains to deserts, tropical islands to rainforests, the land Down Under has it all.  And wonderfully, much of it is super accessible care of Australia’s fabulous national parks network.

We visited tons of them during our great budget 4wd around Australia and think they are both one of the top ways to get off the beaten track in Australia and definitely one of the best strategies for exploring the Land Down Under on a shoestring.

Up in the north of Western Australia, Karijini is renowned for its adventurous swimming holes and breathtakingly rugged landscapes.

Earth’s remaining ancient forests hold the key to human survival in the 21st century, and nowhere is it more evident than the land Down Under. Already, rising temperature, prolonged heatwaves and droughts have collapsed some ancient forests across the Australian continent including the island state of Tasmania. It’s of paramount importance to protect the remaining intact ancient Aussie forests, in particular in the Tarkine, northeast Tasmania, along the Frankland River.

Let me tell you why:

These glorious ancient rainforests contain some of the tallest flowering trees on the face of the Earth. They are crucial habitat for rare and endangered species including: Tasmanian devils, spotted tail quolls, the world’s largest freshwater crayfish and Tasmanian Wedge tailed eagles with wingspans of 10 feet.

It’s a one-of-a-kind temperate rainforest ecosystem, which is bathed with the cleanest air on the globe from the roaring 40s winds.

The Tasmanian Government has begun an assessment of the cultural values of the state’s Wilderness World Heritage Area (TWWHA), as it prepares a response to criticism from the United Nations Educational, Scientific and Cultural Organisation (UNESCO) over its management plans.

Last year, UNESCO’s 21-member World Heritage Committeerejected Tasmania Government’s plans to change the way the TWWHA is managed, including rezoning some areas for tourism and allowing the logging of specialty timbers.

The Government has since abandoned logging proposals for the area.

The Government, on its website, states the area – which spans across about 1.6 million hectares – is home to:

“Hundreds of archaeological sites, including many cave sites dating from the late Pleistocene and early Holocene epochs.