Located in north-eastern Italy, the property includes part of the winegrowing landscape of the Prosecco wine production area. The landscape is characterized by ‘hogback’ hills, ciglioni – small plots of vines on narrow grassy terraces – forests, small villages and farmland. For centuries, this rugged terrain has been shaped and adapted by man. Since the 17th century, the use of ciglioni has created a particular chequerboard landscape consisting of rows of vines parallel and vertical to the slopes. In the 19th century, the bellussera technique of training the vines contributed to the aesthetic characteristics of the landscape. 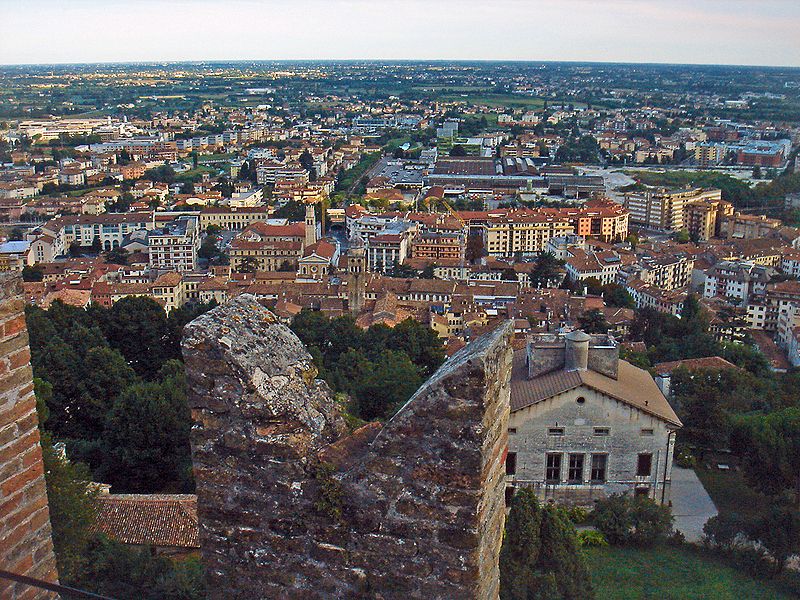 The Colline del Prosecco di Conegliano e Valdobbiadene in northeast Italy is an area characterised by distinctive hogback morphological system which provides a distinctive mountain character with scenic vistas, and an organically evolved and continuing landscape comprised of vineyards, forests, small villages and agriculture. For centuries, the harsh terrain has both shaped and been adapted by distinctive land use practices. They include the land and soil conservation techniques that comprise the viticultural practices using Glera grapes to produce the highest quality Prosecco wine. Since the 17th century, the use of the ciglioni – the patterned use of grassy terraces used to cultivate areas with steep slopes – has created a distinctive chequerboard pattern with rows parallel and vertical to the slopes. In the 19th century, the specific training of the vines known as bellussera, was developed by local farmers, contributing to the aesthetic characteristics of the landscape. The mosaic appearance of the landscape is a result of historical and ongoing environmental and land use practices. The plots dedicated to vineyards, established on ciglioni, coexist with forest patches, small woodlands, hedges, and rows of trees that serve as corridors connecting different habitats. In the hogbacks, small villages are scattered along the narrow valleys or perched on the crests.

Criterion (v): The Colline del Prosecco di Conegliano e Valdobbiadene is a viticulture landscape resulting from the interaction of nature and people over several centuries. The adaptation and transformation of the challenging terrain of the hogback geomorphology has required the development of specific land use practices, including: vineyard management by hand on steep slopes; the grassy terraces known as ciglioni, which follow the contours of the land, stabilising the soils and vineyards; and the bellussera training system which was developed in the area about 1880. As a result, the vineyards contribute to a distinctive ‘chequerboard’ appearance with perpendicular rows of high vines, interspersed with rural settlements, forests and small woods. Despite many changes, the history of sharecropping in this area is also reflected in the landscape patterns.

Treviso (Latin: Tarvisium) is a city in northeastern Italy, and the capital of the province of the same name. It is in the eastern part of the Veneto region, north of Venezia and south of Belluno. The city has 85,000 inhabitants (2017), while the province has 885,000 inhabitants (2016). Discovering the city on foot is very easy. The historic center is quite small, so you can go around in the narrow streets. Architecture: Church of San Francesco, Via Sant’Antonio da Padua, 2. A Late Romanesque–Early Gothic church built by the Franciscan community in 1231–1270. Used by Napoleonic troops as a stable, it was reopened in 1928. The interior has a single nave with five chapels. On the left wall is a Romanesque-Byzantine fresco portraying St. Christopher (later 13th century). The Grand Chapel has a painting of the Four Evangelists by a pupil of Tommaso da Modena, to whom is instead directly attributed a fresco of Madonna with Child and Seven Saints (1350) in the first chapel on the left [read more].

Venice (Italian: Venezia; Venetian: Venexia) is a sanctuary on a lagoon is virtually the same as it was 600 years ago, which adds to the fascinating character. Venice has decayed since its heyday and is heavily touristed (there are slightly more tourists than residents), but the romantic charm remains. It is also known as the birthplace of composers Tomaso Albinoni and Antonio Vivaldi. Venice and its lagoon are a UNESCO World Heritage site. It used to be an independent republic, and remains one of Italy’s most important cities. The comune (municipality) of Venice is made up of many islands in the Venetian Lagoon and a stretch of terraferma (mainland) in northern Italy. The comune is divided into six boroughs, the most famous of which (known as Venezia Insulare) comprises the historic city of Venice as well as the islands of Giudecca, Murano, Burano, Torcello, Mazzorbo, and Sant’Erasmo. Lido and Mestre are other popular areas of the comune [read more].

Bologna is a historical city, with around 393,000 inhabitants (2019). Although it is well known by Italians, it is less so among foreign visitors. Little English is spoken by its residents. It is the capital and largest city of Emilia-Romagna (a region in northern Italy). Bologna is famed for the oldest university in the Western world, lively student population, exquisite food, typical brick terracotta-roofed architecture and porticos, theatre and nightlife. Bologna is famous for its cuisine (la cucina Bolognese). It is also viewed as a progressive and well-administered city. It is considered second only to Venice in beauty by many Italians and certainly has one of the largest and best preserved historic centers among Italian cities. Its architecture is noted for its palette of terracotta reds, burnt oranges, and warm yellows, hence the name of Bologna la rossa (Bologna the red). The extensive town center, characterized by miles of attractive covered walkways, known as “porticos,” is one of the best-preserved in Europe [read more].