Guide to Visita Iglesia 2019 – 7 Churches To Visit in Metro Manila; Melo Villareal; Out of Town Blog

Source: Guide to Visita Iglesia 2019 – 7 Churches To Visit in Metro Manila – Out of Town Blog

Hungduan: Travel Guide, How to Get There, Where to Stay, Activities & More; Lakwatsero The quiet town of Hungduan prides itself for being among one of the five clusters of Ifugao Rice Terraces inscribed in the UNESCO World Heritage Site list since 1995. Situated west of the Banawe, it is home to numerous rice terraces including Hapao, Bacung, Kinga, Dakkitan and Nunggulunan which are among the most beautiful and well-preserved in the the entire Cordillera.

Source: Hungduan: Travel Guide, How to Get There, Where to Stay, Activities & More

Get to Know the 6 UNESCO World Heritage Sites in the Philippines; Jihan Estrella; TripZilla 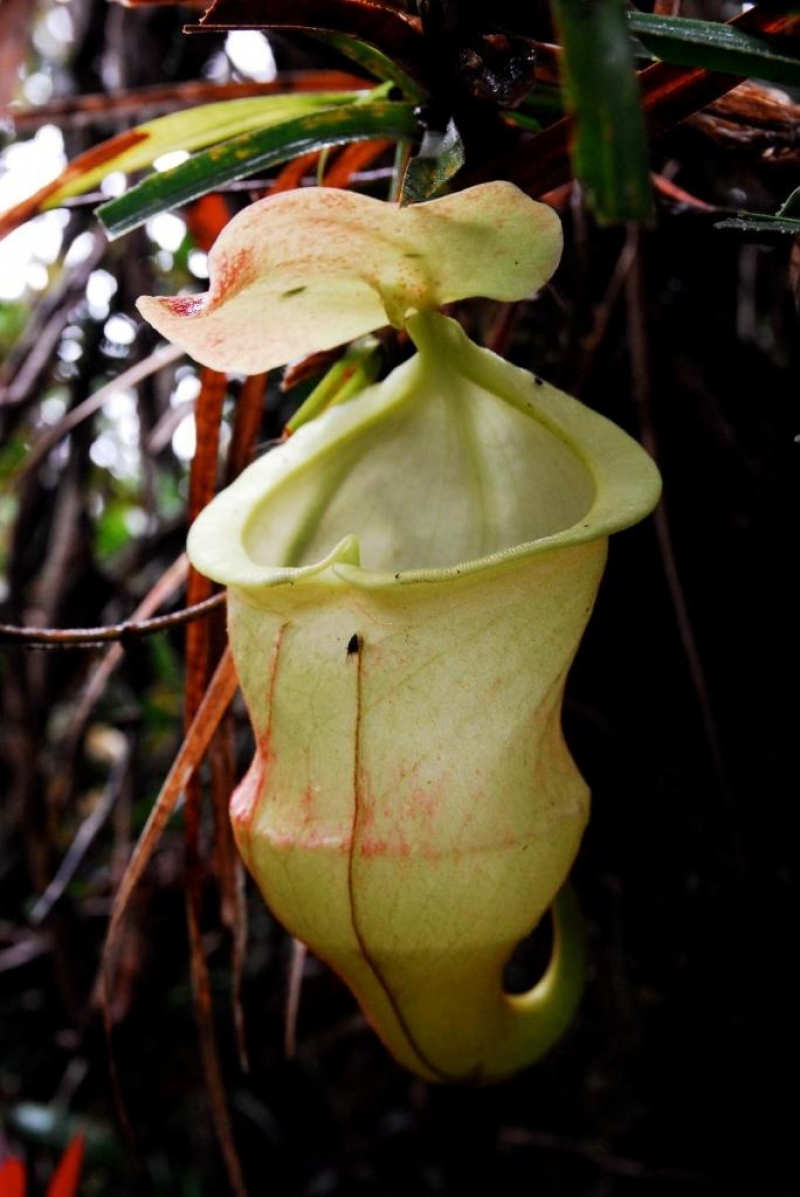 What better places to start your historical tour of the Philippines than its renowned world heritage sites? Take your pick from churches to rice terraces, underground rivers and more.

For a landmark to be considered a UNESCO World Heritage Site, it should prove that it is of “outstanding universal value”, have a cultural, historical and scientific significance, and is legally protected by international treaties. It’s quite a list of requirements but the qualified heritage sites are worth it.

There are four Roman Catholic churches in the Philippines which represent a whole new style of baroque architecture that mixes European and local elements.

Read more from source: Get to Know the 6 UNESCO World Heritage Sites in the Philippines 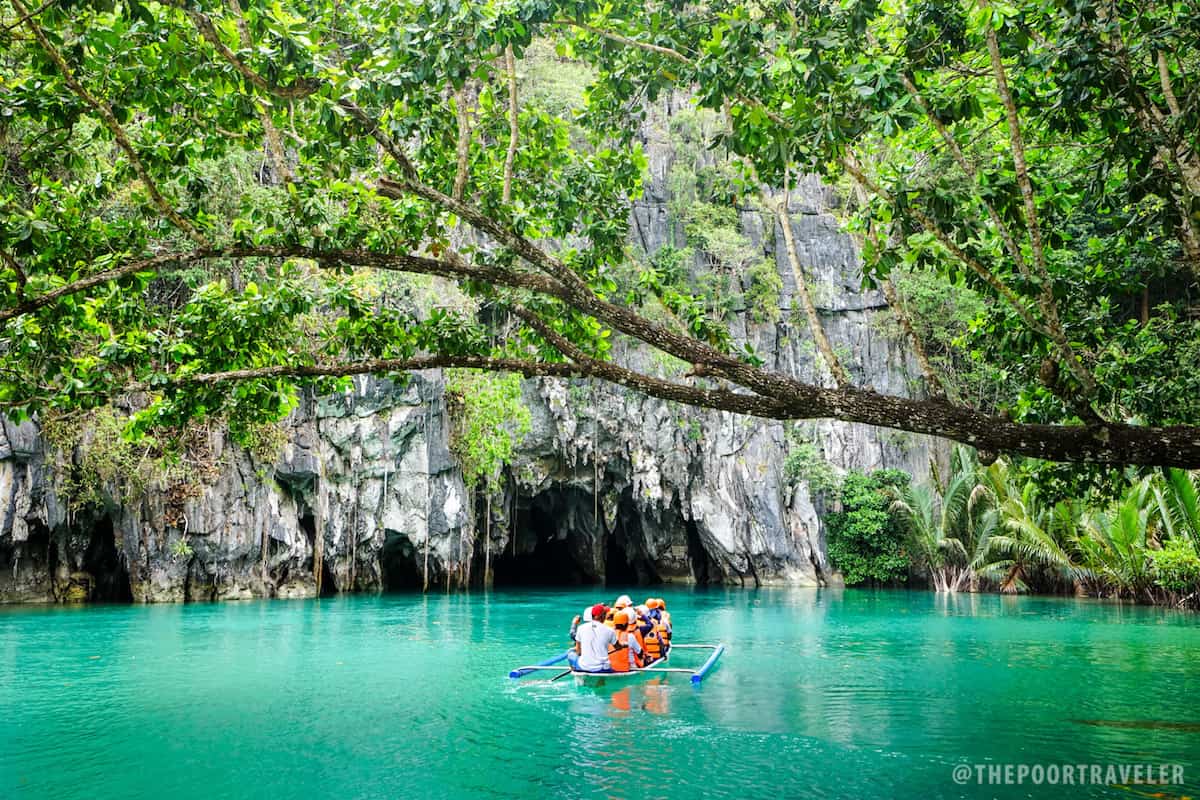 Need help planning your trip? Here’s The Poor Traveler’s latest PUERTO PRINCESA PALAWAN TRAVEL GUIDE BLOG, with all the tips and information that they know such as hotel… 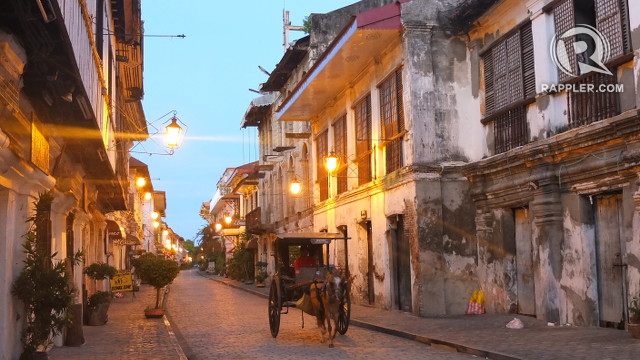 The 2018 Palarong Pambansa, the largest sporting event in the Philippines, is set to happen next week in Ilocos Sur from April 15 to 21.

This year’s host is the City of Vigan, the capital of Ilocos Sur province.

According to the Department of Education (DepEd), the hosting of the Palarong Pambansa is rotated among the 3 major island groups – Luzon, Visayas, and Mindanao. Local governments bid for the chance to host while the final winner is selected based on its ability to accommodate the student-athletes and the needs of each sporting event.

In a report, Ilocos Sur Governor Ryan Singson said that Vigan City’s peaceful community became its edge over others. The city bested Ilagan City in Isabela, Baguio City, the Province of Bulacan, and Marikina City.

What else do we need to know about the host city and province?

Ilocos Sur is one of the 4 provinces in Region I which occupies the northwestern section of Luzon.

Read more from source: What you need to know about 2018 Palaro host Vigan, Ilocos Sur

Gem of the North: The Quiet Yet Charming Ilocos Norte; Sarinah Soliano; Tours4Fun

Philippines – Baroque Churches of the Philippines

Take a break from the big, bustling city of Manila and let the winds of the north guide you to Ilocos Norte.

It wouldn’t come as a surprise if this region is included as one of the top Philippine travel destinations among Filipino tourists. The place is seriously getting a lot of attention lately.

Eager to visit? Let your mind drift to the most fascinating spots in this quiet yet charming faraway town.

Malacañang of the North

The official residence of the Marcoses when the late Ferdinand E. Marcos Sr. was still the president, Malacañang of the North sits on the shores of Paoay Lake and has well-tendered gardens. Former First Lady Imelda Marcos gave this house to her husband as a gift. It was one of the properties sequestered from the Marcoses after Marcos Sr. was ousted as president.

After 20 years in the care of the government, Malacañang of the North was given back to the Ilocos Norte local government. Philippines – Baroque Churches of the Philippines

The first time I went to Ilocandia was in 2005 when we embarked on a Northern Luzon road trip covering Pagudpud, Kalinga and Cagayan. There wasn’t enough time to explore the other parts of Ilocos apart from Pagudpud so I made a promise to return.

I went back during the Holy Week of 2011, where I endured the holiday exodus and 12-hour bus ride from Manila to Laoag with the main purpose of visiting old churches. I braved the throngs of commuters, the summer heat and the uncertainties of not having a concrete plan and itinerary.

So I found myself in Laoag at noon of Maundy Thursday, and immediately fell in love with its quaintness and beauty.

I stayed in a transient room for P300 per night, it is conveniently located near the downtown. It would serve as my home for the entire trip. Dora, the owner of the room was already waiting for me when I arrived. I had my lunch with them before taking a mid-day siesta prior tony planned Visit Iglesia. 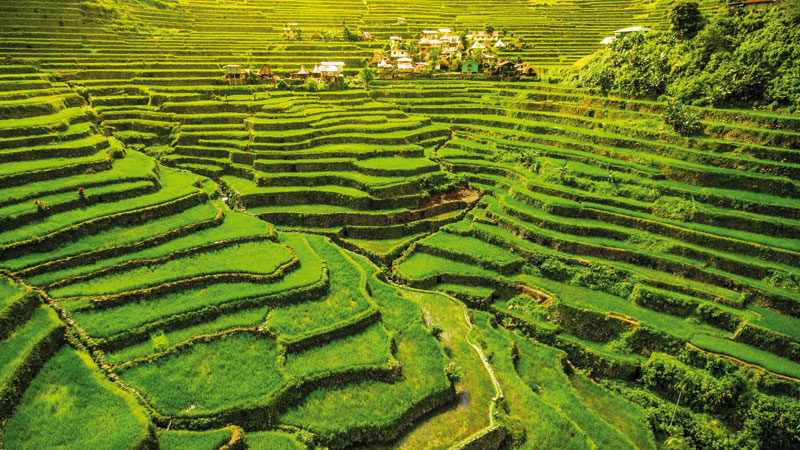 When Mustafa visited the Philippines, he was not expecting to be impressed by the beauty of a small village called Batad. Very different from what he was accustomed to in Oman, Batad is located at a very remote place about 16 hours away from Manila, the country’s capital, surrounded by lush forest with the village only accessible by almost an hour of trekking.

Puerto Princesa: Travel Guide, How to Get There, Where to Stay, Itinerary & More; Lakwatsero Puerto Princesa is the heart of  Palawan, the Philippine’s last frontier. Dubbed as “City in the Forest”, it boasts of being the only city in the country who has successfully balanced the harmony between…

Source: Puerto Princesa: Travel Guide, How to Get There, Where to Stay, Itinerary & More

Farmland stacks to the sky on a trek through the Ifugao Rice Terraces.

It’s been a decade since Earth Rullan last visited this one big piece of paradise also known as Palawan.  She remembers how the roads were not paved yet and she need to endure the excuriating 3 hours on the…

Vigan city in Ilocos Sur, located in the northwest region of Luzon in the Philippines is a beautiful Spanish colonial city. The city takes pride in its colonial past while mixing in some quirky, new and fascinating places to visit in the city and region. 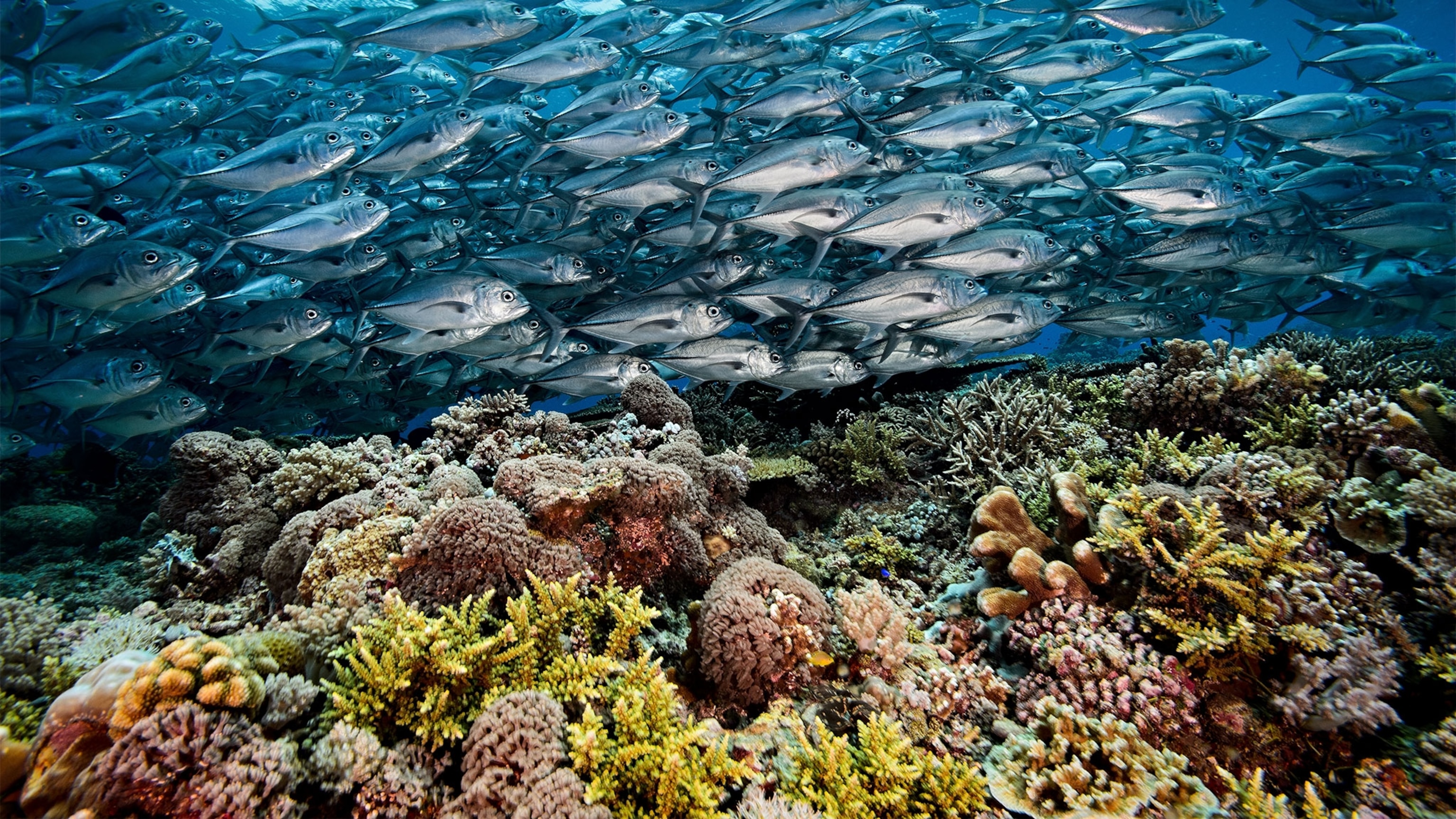 The natural beauty that you see in this city will bring you to various places. Check out this list! 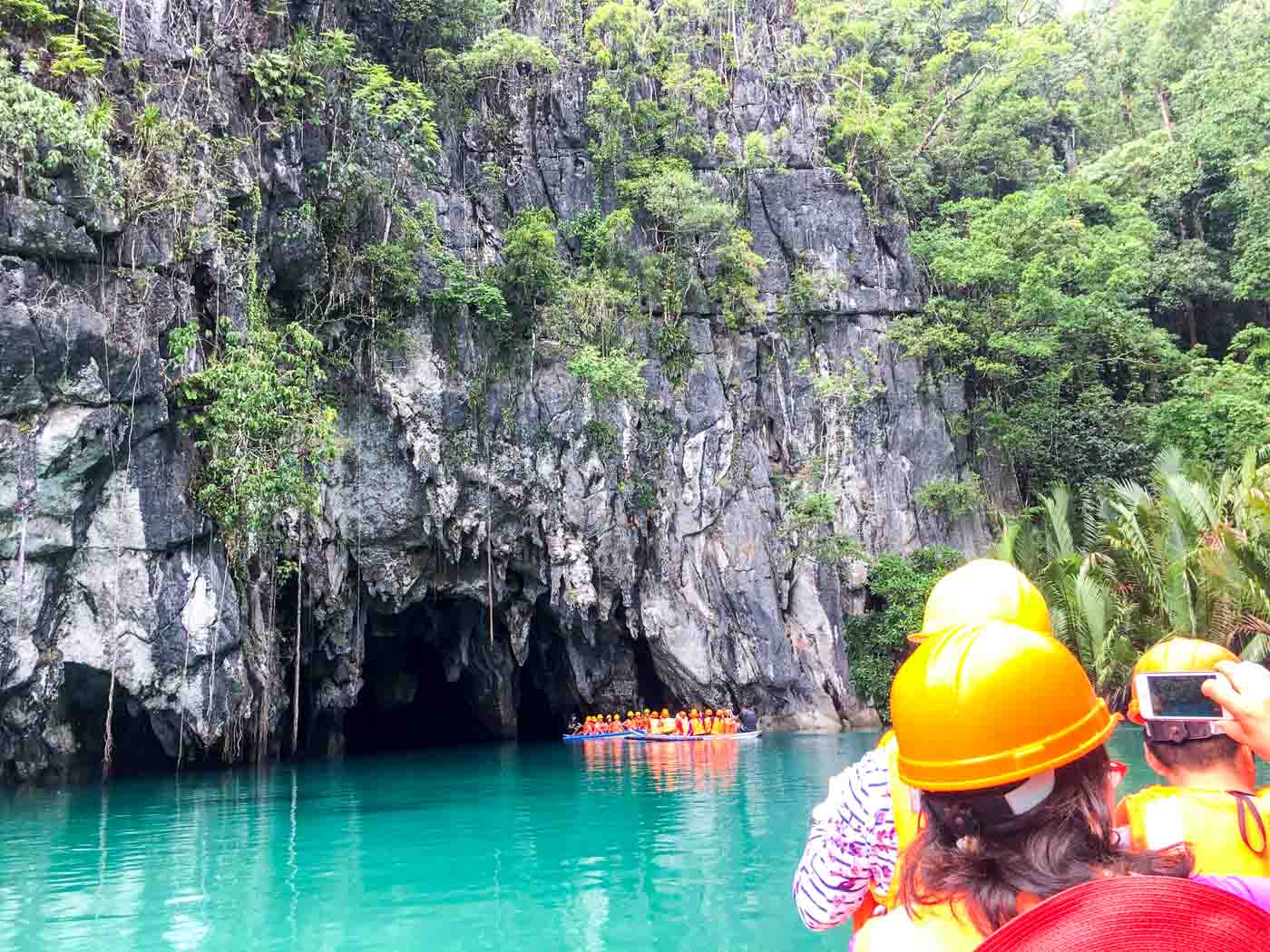 Find rock formations shaped like a head of a dinosaur, Pegasus, and even the face of Jesus at this UNESCO World Heritage Site in Palawan…

5 Things To Do In Vigan, Philippines For The Best Culture And History; Kaye; Trip101

Vigan is one of the oldest cities in the Philippines and part of the UNESCO World Heritage List, due to its rich Hispanic towns and Spanish colonial history.

Marvelling at the Batad Rice Terraces; Katie; The World on my Necklace

Batad is a small village located in the Cordillera mountains of Northern Luzon in the Philippines.