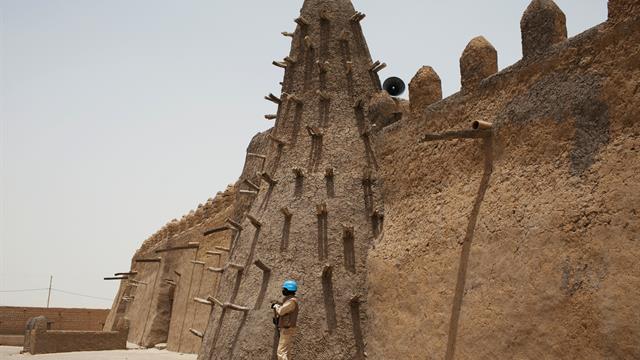 This West African city—long synonymous with the uttermost end of the Earth—was added to the World Heritage List in 1988, many centuries after its apex.Timbuktu was a center of Islamic scholarship under several African empires, home to a 25,000-student university and other madrasahs that served as wellsprings for the spread of Islam throughout Africa from the 13th to 16th centuries. Sacred Muslim texts, in bound editions, were carried great distances to Timbuktu for the use of eminent scholars from Cairo, Baghdad, Persia, and elsewhere who were in residence at the city. The great teachings of Islam, from astronomy and mathematics to medicine and law, were collected and produced here in several hundred thousand manuscripts. Many of them remain, though in precarious condition, to form a priceless written record of African history. Read more here.