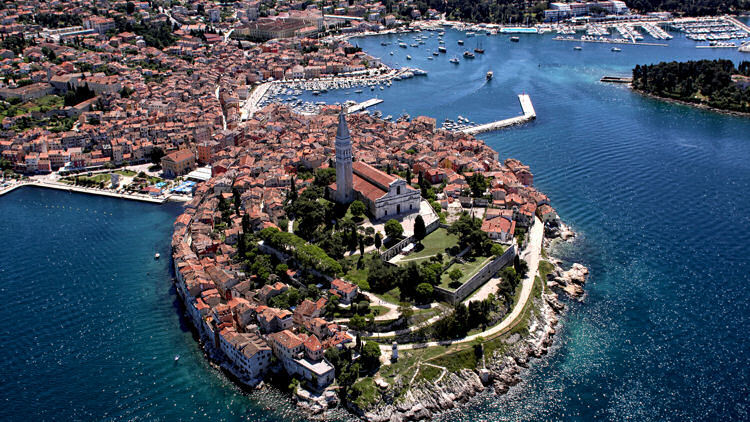 A heart-shaped peninsula on the northern end of Croatia’s Adriatic coastline, Istria is Croatia’s perfectly formed gem. Offering three of Croatia’s most attractive coastal towns in Pula, Rovinj and Porec, Istria is rich in culinary treasures, history and culture. Beginning this summer British Airways is celebrating its first full season flying to Pula Airport in Istria, direct from London Heathrow as well as other airlines now operating weekly flights* making it easier for visitors to discover its 445km of pristine coastline, hidden corners, preserved natural surroundings and its three gastronomic pearls; truffles, olive oil and wine.

Treasure troves of antiquity that were once ancient Istrian towns are dotted both inland and on the coastline. Situated furthest South is Pula, once Istria’s main port and today making a name for itself as Istria’s liveliest town. Liberally dotted with ancient monuments, along with its vibrant main square, Pula is proudly home to one of the best-preserved amphitheatres in the Roman world.

Tagged as: HR - Episcopal Complex of the Euphrasian Basilica in the Historic Centre of Poreč