This Mexican Archaeological Site Has Been Underexplored for too Long; Lauren Cocking; Fodors 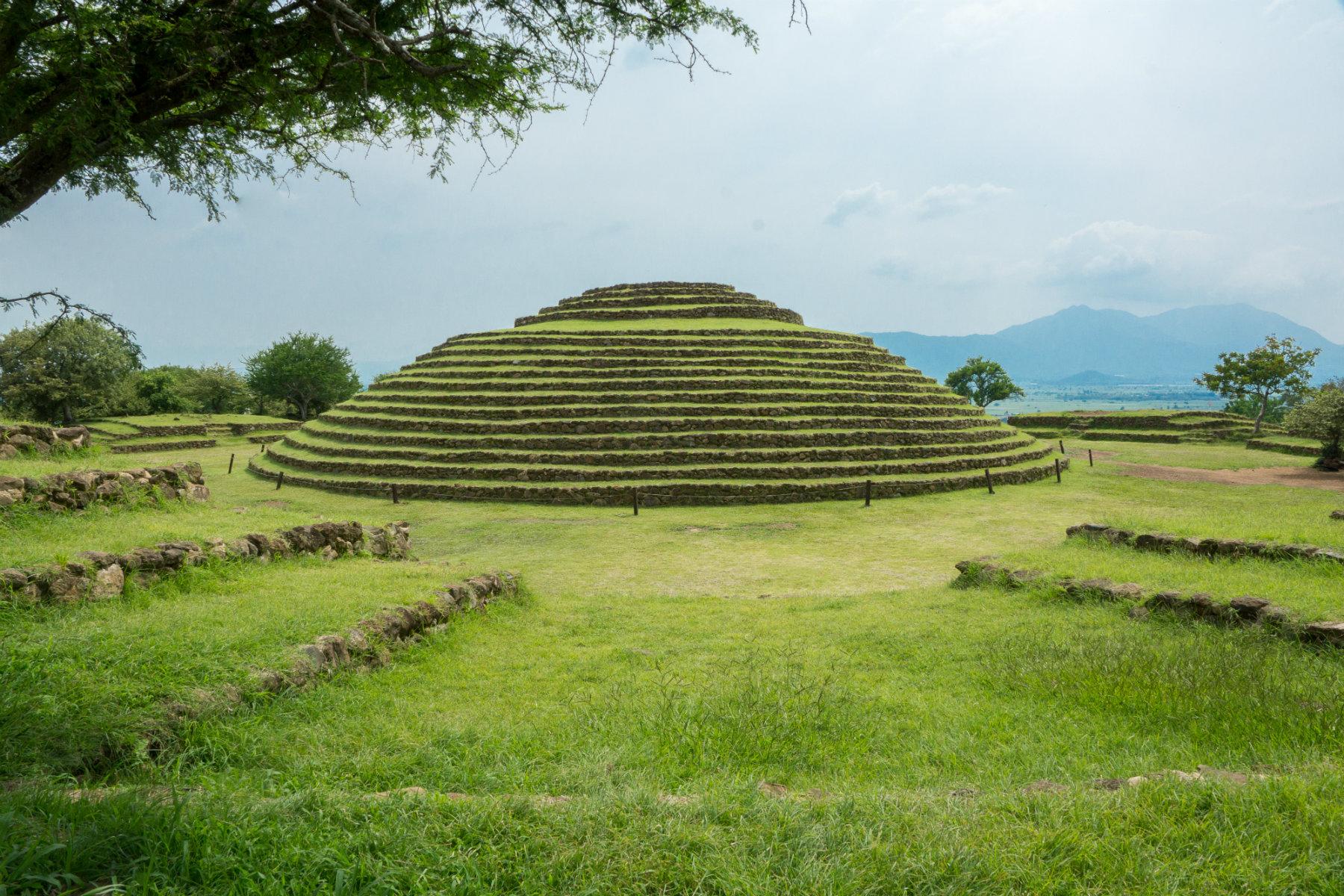 It’s taken two rediscoveries of Guachimontones for visitors to realize how much these pyramids are worth the trek.

Situated right alongside the small Jalisco town of Teuchitlán, whose name derives from a Hispanic corruption of “place dedicated to divine forces,” (Teotzitlán in Nahuatl), Guachimontones is the wildly underrated Mexican ruin you (probably) never knew existed. However, its location just an hour outside the state capital of Guadalajara makes it an ideal day trip for those looking for something a little different.

Translated colloquially to “pyramid” or “structure” in English, the name Guachimontones is actually a fascinating coming together of both Nahuatl and Spanish language, as “guachi”(or “guaje”) refers to a type of tree, while the Spanish “montones” can contextually be translated to “a lot” or “many.”

In its heyday, Guachimontones was an important and influential site both commercially and ceremonially. Constructed roughly between 350 B.C.-350 A.D., it served as a major base for the civilization archaeologists have dubbed the “Teuchitlán Tradition” and had a population of around 40,000 people at its peak in around 200 A.D.

Read more from source: This Mexican Archaeological Site Has Been Underexplored for too Long