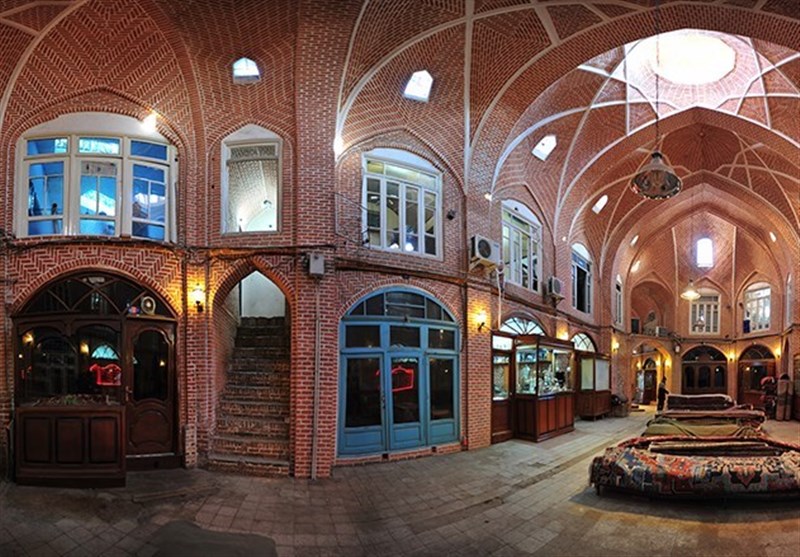 Tabriz historic bazaar complex, a labyrinth of interconnected covered passages that adds up to about 5 kms, has been a melting pot of cultural exchange since antiquity and once a hot spot on the ancient Silk Road.

The bazaar, which has been inscribed on the UNESCO World Heritage list, embraces countless shops, over 20 caravanserais and inns, some 20 vast domed halls, bathhouses, and mosques, as well as other brick structures and enclosed spaces for different functions.

Tabriz is the capital of northwestern province of East Azarbaijan.

The history of the Tabriz bazaar dates back to over a millennium ago, however majority of fine brick vaults that capture most visitor’s eyes date from the 15th century.