Iron Bridge to get year round illumination thanks to Telford 50 Legacy fund; Shropshire Live 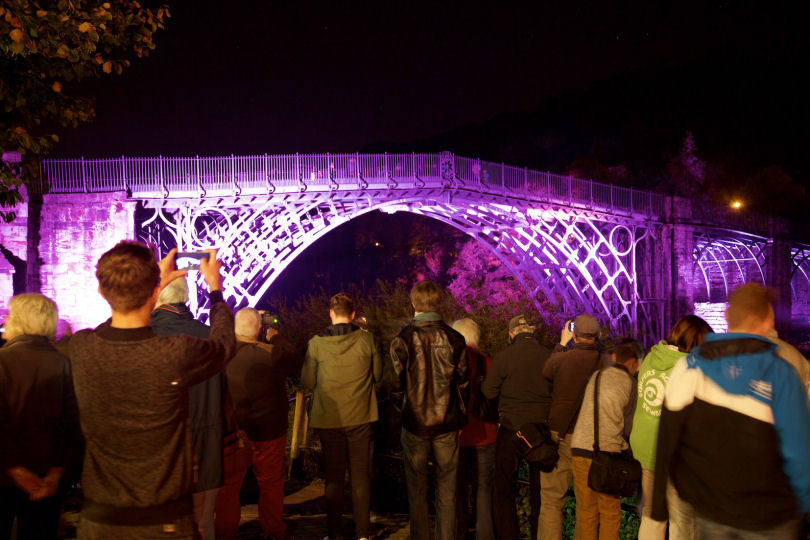 The iconic Iron Bridge is set to get year round illumination thanks to a Telford & Wrekin Council fund to mark Telford’s 50th anniversary.

The world famous bridge the central landmark of the Ironbridge Gorge UNESCO World Heritage Site, is set to get a new lighting scheme that will allow the bridge to be fully illuminated year all round as well as feature the latest in lighting effects and colour projections to light the bridge on special national and local events.

Telford & Wrekin Council is funding the new lighting installation of the bridge a Scheduled Monument and Listed Building, which would allow it to be fully lit throughout the year.

The permanent bridge lighting scheme follows a trial in 2015 when the Iron Bridge was illuminated as one of the world’s outstanding cultural landmarks during the Night of Heritage Light.

The new system would be permanent and allow the bridge’s east and west sides also to be lit together with additional lighting downstream. The lighting scheme will have the ability to use different colours, levels of lighting and special effects for different events.

Source: Iron Bridge to get year round illumination thanks to Telford 50 Legacy fund | Shropshire Live