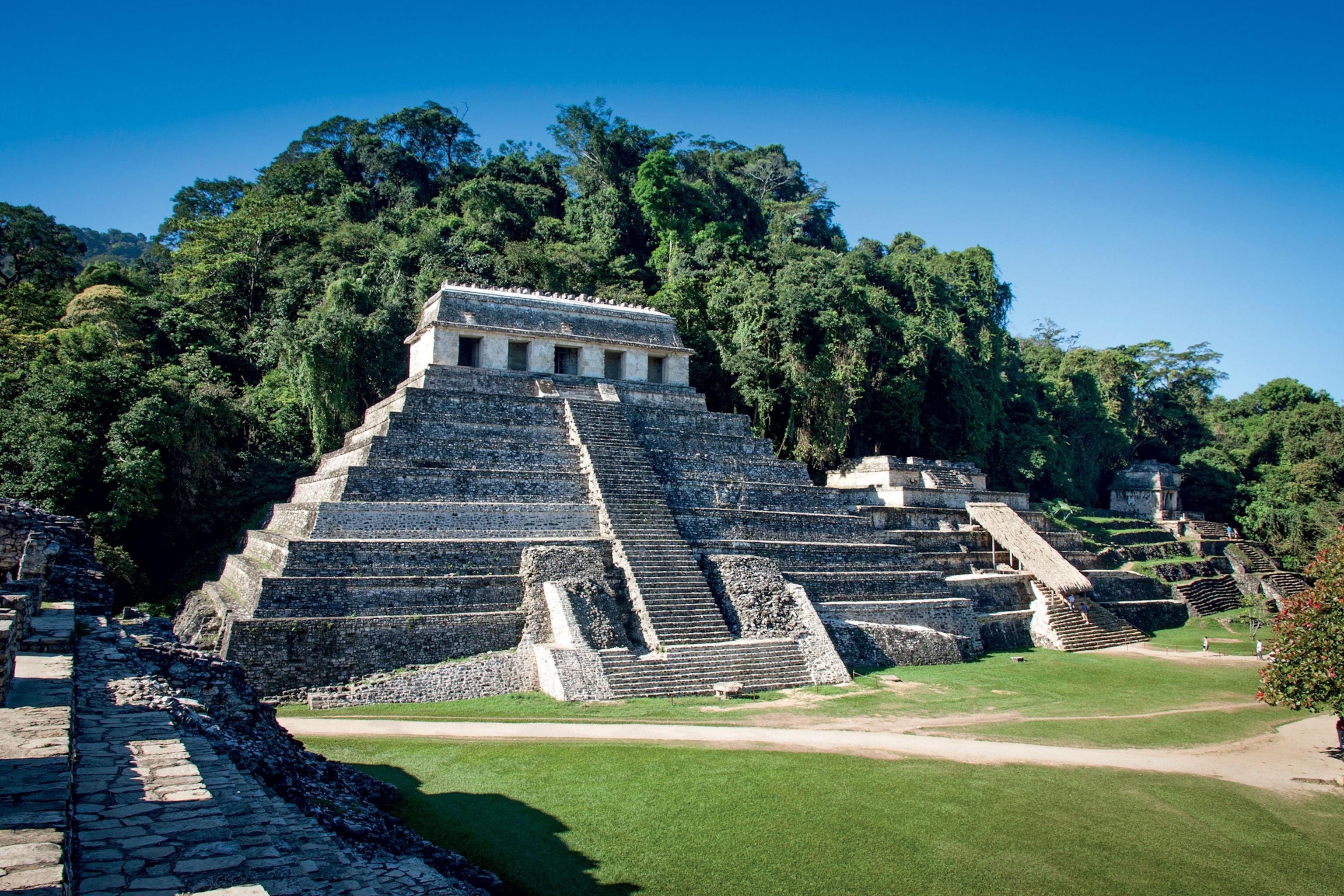 Surrounded by treasure and covered in blood red dust, the Red Queen was discovered in a seventh-century Maya tomb, but her true identity remains unknown.

Encircled by thick jungle, Palenque is one of the most impressive and mysterious of all Mexico’s ancient Maya sites. Known by the ancient Maya people as Lakamha, and today a UNESCO World Heritage site, the ruins of Palenque lie in the lush basin of the Usumacinta River in the modern Mexican state of Chiapas.

Palenque’s heyday was the seventh century A.D., when, under the reign of K’inich Janaab’ Pakal I (King Pakal the Great), the city was transformed from relative obscurity into a powerful Maya capital. Its imposing palaces, extensive administrative buildings, and temples filled with expressive bas-relief sculptures set Palenque apart from other Maya sites in Mexico, and it even rivals the grandeur of Tikal in modern-day Guatemala. Its secrets have been slowly unveiled by archaeologists, including the resting place of King Pakal himself, and more recently, the tomb of a noblewoman covered in a deadly red powder.

GREAT TOMBS OF THE MAYA

tagged with MX - Pre-Hispanic City and National Park of Palenque