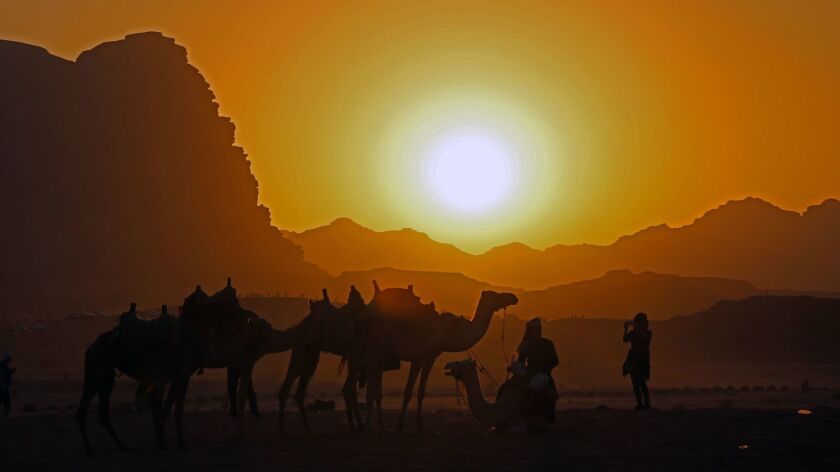 Journey across Jordan leads to many archaeological treasures, including the magnificent ancient city of Petra.

In Jordan’s extraordinary rose-red “Lost City” of Petra, I have just huffed up 700 zigzagging stone-carved steps to the ancient mountaintop High Place of Sacrifice with its sacred altar and goat blood drain. And now, along a dirt trail, I rest in a rug-draped souvenir stall while an octogenarian Bedouin woman — who is traditionally clad in a long embroidered madraga dress and grew up in a cave — deftly strings a fragrant necklace of dried cloves to sell me.

Way down below, camels with tasseled bridles emit rumbling, dinosaurlike roars while being led by robed Bedouin tribesmen whose eyes are rimmed in jet-black kohl liner.