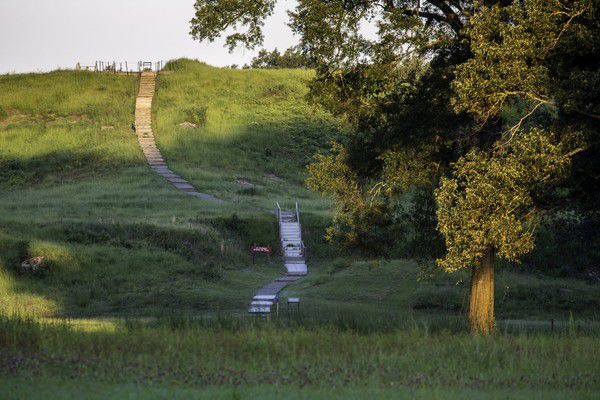 Part of a New Orleans tricentennial series on the people and events that connect and inspire us.

THEN: This is a story that dates back millennia — more than three of them, in fact — to a time in which an ancient civilization of American Indian hunter-gathers built and lived among a series of massive earthworks along the Mississippi River near the present-day village of Epps in West Carroll Parish. Consisting of several massive mounds as well as six concentric half-circle ridges arranged around a central plaza, it was a ceremonial center and the focus of a trading hub that was more expansive than anything else in North America at the time. Though archeologists still have more questions than answers about the Poverty Point culture, the site has proven to be a font of information about America’s ancient people.

Tagged as: US - Monumental Earthworks of Poverty Point