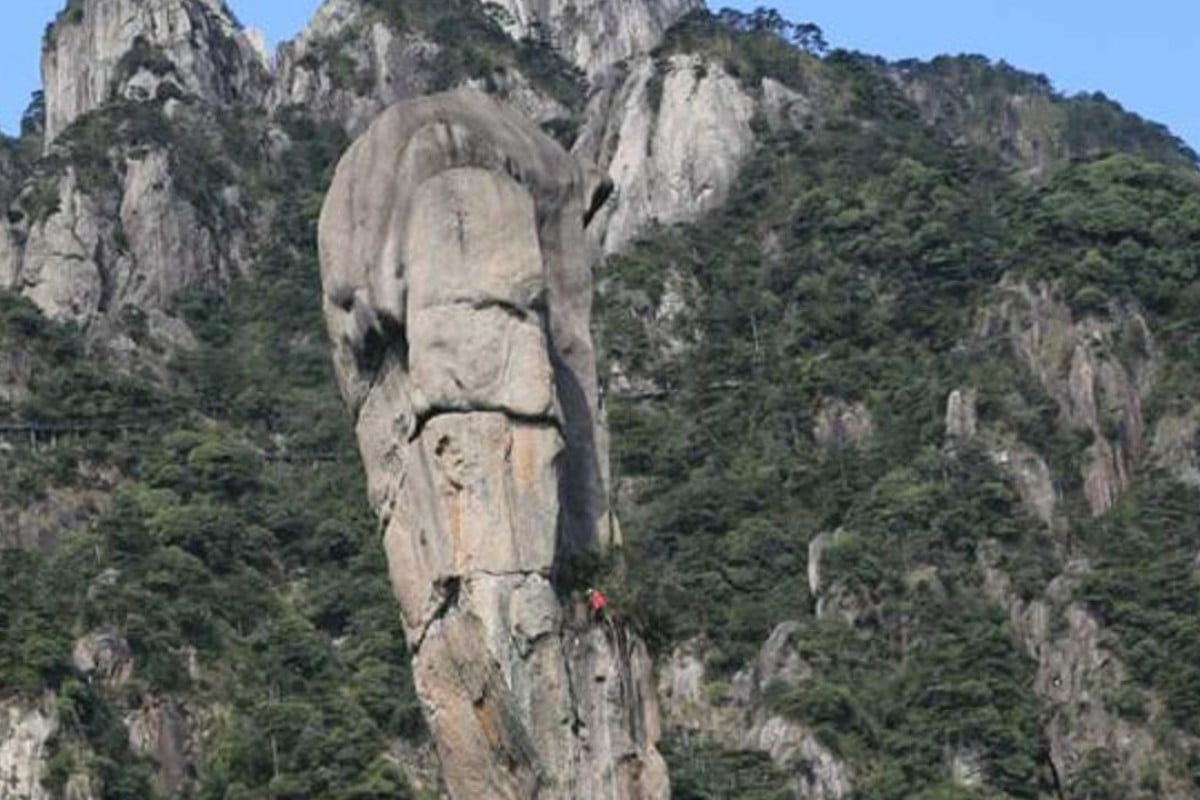 Three mountain climbers could be sentenced to five years’ imprisonment for fixing dozens of permanent bolts to a rock at a World Heritage Site, state media reported.

The Taizhou tourists are being sued for intentional damage to a cultural relic after they allegedly drilled holes in and fixed 26 bolts and hooks to a granite pillar in the Mount Sanqing National Park in Zhejiang province, according to a report published by People’s Daily on Wednesday.

They are accused of damaging the Jumang pillar, which means giant python in Chinese. The rock formation is estimated to be 300 million years old and is 128 metres tall and at its narrowest is just seven metres wide.