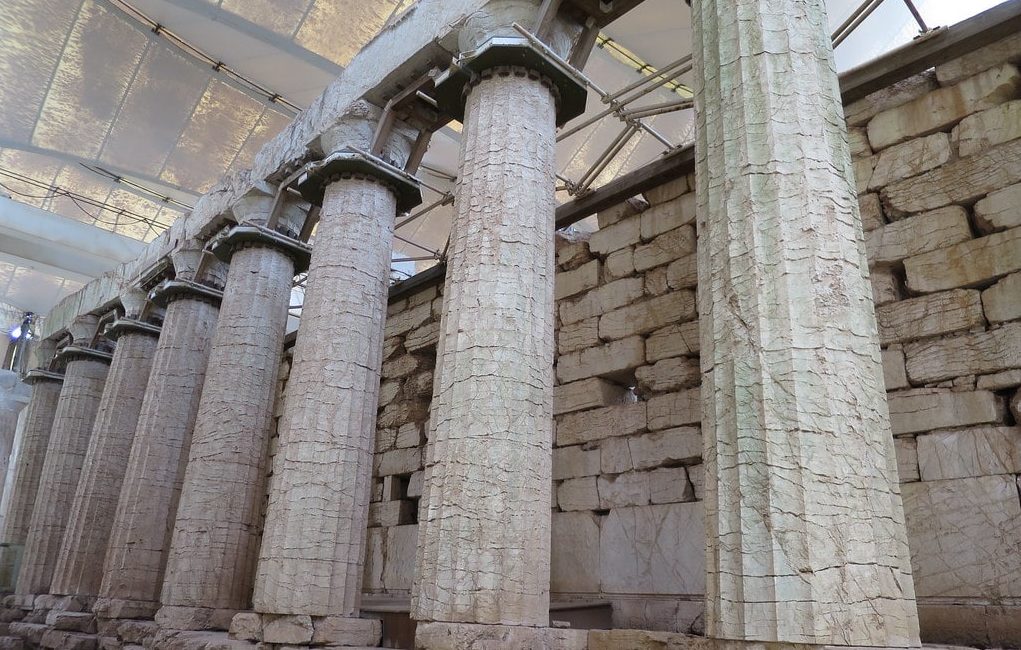 UNESCO advises travellers to Greece to visit 18 monuments that are an absolute must as World Heritage Monuments.

UNESCO has branded a total 1,073 sites as World Heritage Monuments, and 18 of them are located in Greece:

The Acropolis: The Parthenon and the other buildings on the Athenian hill – known also as “the sacred rock” – are masterpieces of classical architecture. Completed in 5th Century BC, they are still influential in blending harmonic architecture with natural surroundings.

Aigai (modern-day Vergina): The first capital of the Kingdom of Macedon, home of Alexander the Great, and burial ground of his father, Philip II of Macedon. It is decorated with mosaics and stuccoes and has a burial ground with over 300 and remains that are fairly well-preserved.

Delphi: The sanctuary of Delphi, home of the oracle of Apollo, sits at the foot of Mount Parnassus.

Tagged as: GR - Temple of Apollo Epicurius at Bassae