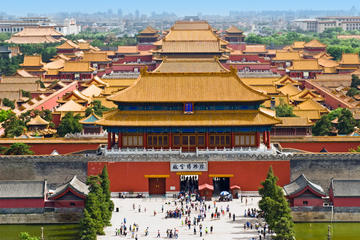 The Forbidden City is the largest palace complex in the world, with more than 800 buildings and some 8,000 rooms set in the heart of Beijing. Deemed off-limits to visitors for some five centuries while two dynasties of Chinese emperors ruled, today this UNESCO World Heritage site is one of the city’s most popular attractions.
Most visitors enter the Forbidden City, also known as the Imperial Palace, through the Gate of Heavenly Peace in Tiananmen Square. This entrance leads to the Inner Court, where emperors, empresses, and concubines once lived, while the Meridian Gate takes travelers into the outer court, where ceremonies and state affairs were conducted centuries ago.

Tagged as: CN - Imperial Palaces of the Ming and Qing Dynasties in Beijing and Shenyang