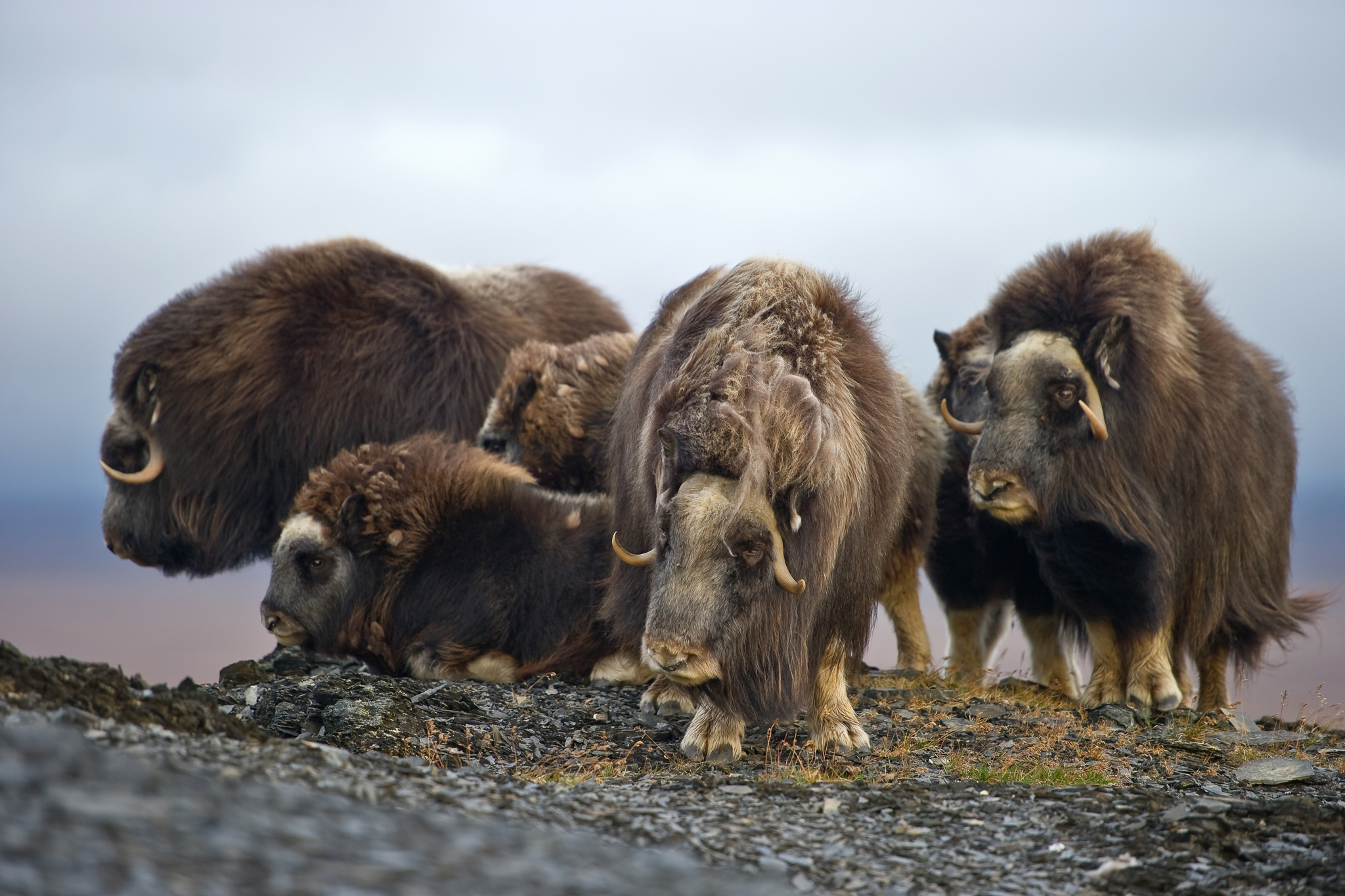 A remote island that harbored the world’s last mammoths is once again becoming a holdout for Arctic wildlife in a changing world. Hannah Hoag reports.

A stiff wind buffeted the helicopter as it set down near the gravel shore of Wrangel Island, a remote spot of land 300 miles north of the Arctic Circle in Russia’s extreme Far East. After flying two and a half hours from Pevek, Russia, mostly over open water, the aircraft smelled of vodka and gasoline from the extra fuel cans secured inside. Joel Berger peered up at the white hills that rose around him and spotted several black flecks on the slopes: his quarry, muskoxen.

These shaggy, horned creatures are one of the many archetypal Arctic species that thrive on Wrangel Island, a little-known hotspot for polar biodiversity.