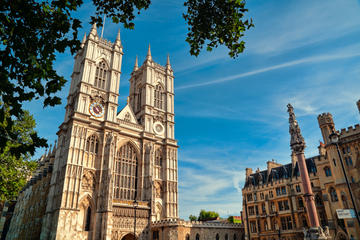 A UNESCO World Heritage site, with a legacy dating back more than 1,000 years, Westminster Abbey is among London’s most historic landmarks. The Gothic church is best known for hosting headline-grabbing events involving the British royal family, such as the Queen’s coronation, Princess Diana’s funeral, and Prince William and Kate Middleton’s wedding.
The Basics
A tour of Westminster Abbey is like taking a walk through British history. Explore independently with an audio guide, on a tour led by a verger (church official), or with a private guide. Tickets include access to all the main areas of the church. The London Pass also grants access to Westminster Abbey.
Things to Know Before You Go